China and US remain at odds over timing of lifting tariffs 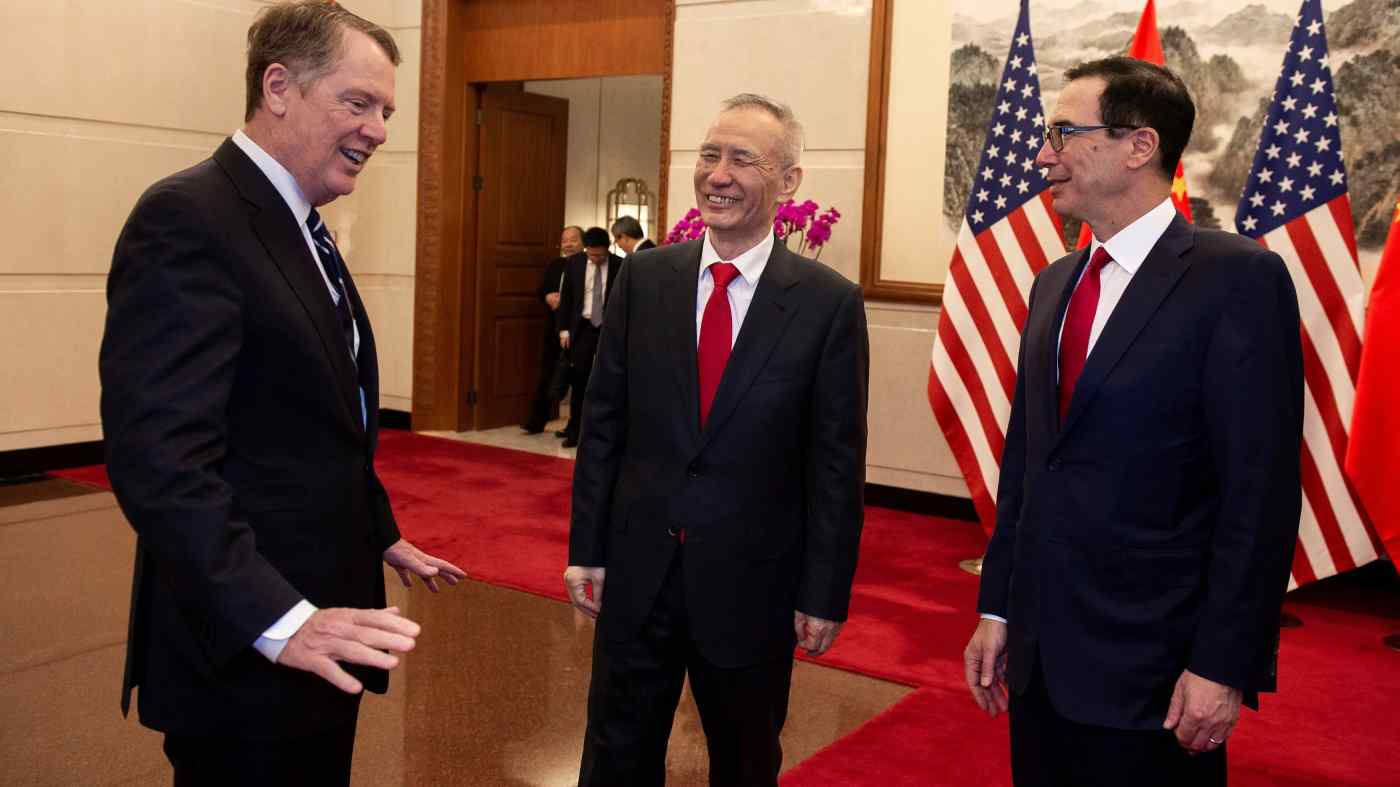 BEIJING/WASHINGTON -- The U.S. and China will continue trade talks in Washington on Wednesday after two days of discussions in Beijing this week failed to bridge the gap over how additional tariffs imposed on each other's goods would be eliminated.

Treasury Secretary Steven Mnuchin said on Twitter Friday that he and U.S. Trade Representative Robert Lighthizer "concluded constructive trade talks in Beijing," where they arrived the previous day to meet with Chinese Vice Premier Liu He.

But there appears to be disagreement over what should happen to the additional tariffs on each other's goods after a deal is struck.

China is insisting that all additional tariffs be removed after the two sides reach a deal. U.S. President Donald Trump, on the other hand, wants the duties kept in place for a "substantial period of time" to maintain pressure on China and protect any deal.

Kudlow's statement seems to suggest that the U.S. is seeking a gradual elimination of some duties.

China has not backed down on its stance. U.S. and Chinese leaders agreed to work on removing all additional tariffs in December, Vice Commerce Minister Wang Shouwen said. President Xi Jinping's standing could be undermined if some duties remain.

Beijing has made some concessions, establishing laws to address U.S. concerns about intellectual property infringement and forced technology transfers. The China Securities Regulatory Commission said Friday that it would allow JPMorgan Chase to set up a brokerage joint venture, demonstrating the country's efforts to open its financial market.

Chinese officials fear, however, that they will draw Xi's ire if they receive nothing from the U.S. in return.

Given the difficulty of reaching a compromise, "Xi is wary about a summit with Trump," said a diplomatic source in Beijing.