China cozies up to EU with support for WTO reform

Beijing pivots to Europe as trade war with US heats up 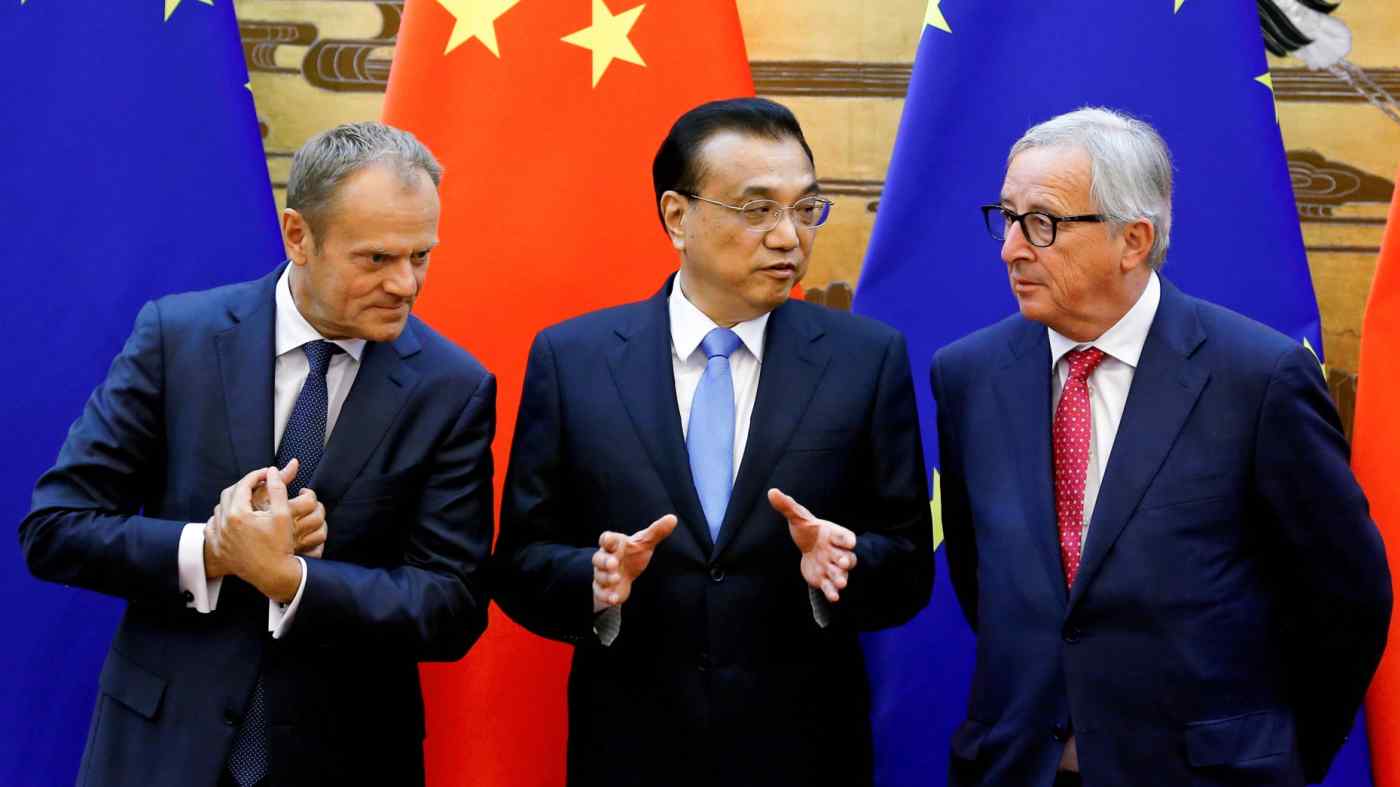 BEIJING/BRUSSELS -- Chinese and European Union leaders on Monday called for a revamp of the World Trade Organization to safeguard the multilateral trade system, a sign of Beijing's efforts to ingratiate itself with the bloc amid trade tensions with the U.S.