Watching his back at home, Xi takes aim at American LNG 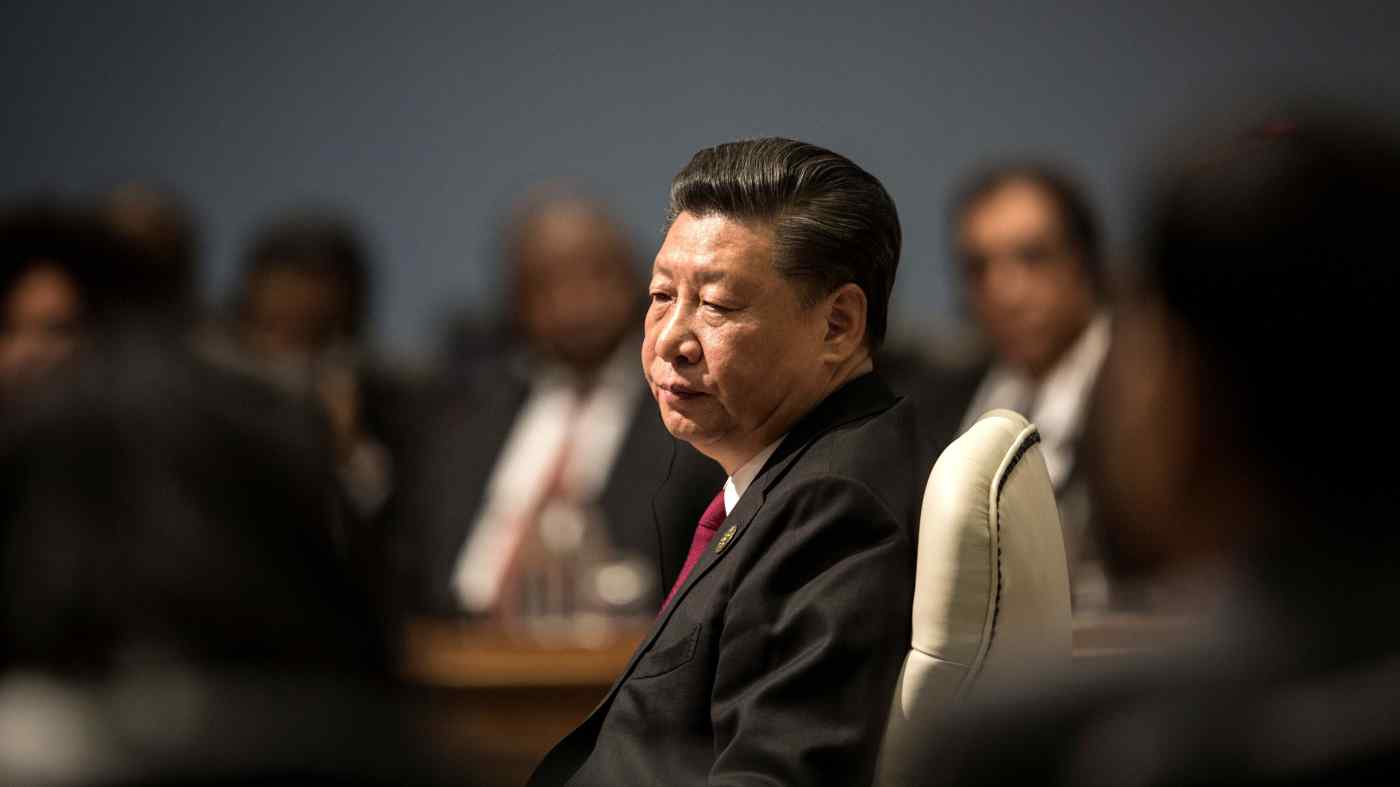 BEIJING -- China has threatened new tariffs on $60 billion in American products amid signs of President Xi Jinping running out of options as pressure on him to act mounts in a particularly sensitive political season.

The inclusion of American liquefied natural gas in the top tier for an additional 25% of duties shows just how badly relations have deteriorated since U.S. President Donald Trump's visit to Beijing last November, when China shut down the Forbidden City to entertain him with a private dinner there.

During the visit, Xi and Trump witnessed the inking of $250 billion in deals, which Trump touted as "tremendous, incredible, job-producing agreements." More than 20% was related to LNG. Beijing is now sending a political warning that it is willing to undo the gains from Trump's trip, an energy company executive said.

Trump showed no sign of backing down in a Saturday tweetstorm.

"Tariffs are working far better than anyone ever anticipated," he wrote, citing a big drop in the Chinese stock market, and Beijing is now "talking to us."

"China, which is for the first time doing poorly against us, is spending a fortune on ads and P.R. ... because they are really hurting their economy," he tweeted shortly later.

American exports of LNG to China sextupled on the year to 2.9 billion cu. meters in 2017. Only Mexico and South Korea buy more. A drop in shipments to China would impact investment plans for new LNG terminals in the U.S.

Under the duties, LNG shares the 25% bracket with jewelry and liquor. They stand to be hit harder than toothpaste and paper notebooks, which would receive 20% in additional tariffs, or chicken and frozen corn at 10% and newspapers at 5%.

Yet even by playing this ace, China would retaliate against only a fraction of the U.S. proposal. The Trump administration has already imposed or proposed tariffs on a total of $250 billion in Chinese products -- about half of its $505 billion in goods imports from China for 2017. China now targets a total of $110 billion, or 80%, of imported goods from the U.S. Washington still has plenty of room to crank up the pressure, but Beijing is starting to run out of targets.

China's latest threats came around the time of the annual gathering of Communist Party heavyweights in Beidaihe, Hebei Province, where party elders and incumbents take stock of the current government. The government's Xinhua News Agency reported on Saturday that Communist officials met with experts from various fields at the resort town, signaling that the event is in session.

Team Xi had little choice but to hit back now at Trump's renewed tariff threats lest Xi be slammed as weak at Beidaihe. The administration took the calculated risk of shooting its LNG big gun at the cost of having less firepower later.

In a Saturday editorial, China's hawkish Global Times brushed off the effects of the Trump tariffs. "It is predicted the trade war will have a slight influence on the domestic market for the second half of the year, but nothing too significant," it said.

Michael Hirson, Asia director at Eurasia Group, said that "Trump likely feels emboldened by the more visible impact that trade tensions are having on China's markets and economy -- so far -- than is the case in the U.S."

"Beijing has resolved that an acceptable deal is not in sight," Hirson said.

Still, there are signs that both sides want to talk. As Washington cries foul over the weakening of the yuan, saying China is using the currency as a weapon in the trade war to support its exports, the People's Bank of China has announced a measure that could ultimately ease those concerns.

Starting Monday, the PBOC will reinstate a 20% reserve requirement on banks' foreign exchange forward contracts, to prevent currency depreciation and the resulting capital flight. The central bank was "acting largely out of financial stability concerns but also likely with an eye to countering U.S. criticism," Hirson said.