A view of the Shanghai skyline. China is turning to tax cuts to simulate the economy in a shift away from public works projects.   © Reuters
ISSAKU HARADA, Nikkei staff writerJanuary 18, 2019 06:01 JST | China
CopyCopied

BEIJING -- China is sticking with a large-scale tax cut strategy deployed last year to keep the economy humming, adding to the 1.3 trillion yuan ($192 billion) of relief already in place with further cuts to income taxes and social security premiums.

Speaking with business leaders this week, Premier Li Keqiang said growth must remain within a reasonable range, with no sharp drop-off. The tax reduction program for 2019, set to be announced in March, is projected to top 1.5 trillion yuan. The People's Bank of China also lowered the reserve requirement for commercial banks this month, following up on a few reductions last year.

The tax cuts, coupled with the central bank's monetary easing, signal a resolve to pull out all the stops to avert an economic slowdown amid the trade war with the U.S.

Trade data published Monday showed that Chinese exports and imports in dollar terms each fell on the year in December. Reliance on tax relief also reflects a shift away from the nation's go-to stimulus method of public works projects.

China's tax cuts and other relief for 2018 were originally planned at around 1.1 trillion yuan, but the onset of an economic slowdown prompted deeper cuts. At last month's Central Economic Work Conference, leaders called for a "larger scale of tax and fee cuts" in 2019. Li is expected to reveal the scale of the reductions in a government work report at the National People's Congress.

Reductions to the individual income tax have already been expanded this month. A further six deductions to taxable income -- such as for costs incurred from children's education, treating serious illnesses, home loan interest and rent -- were added to the existing four, which covered items like reserve funds for homes and unemployment insurance. The new deductions will lower taxes by an annual 116 billion yuan, Japanese brokerage Nomura Securities calculates. 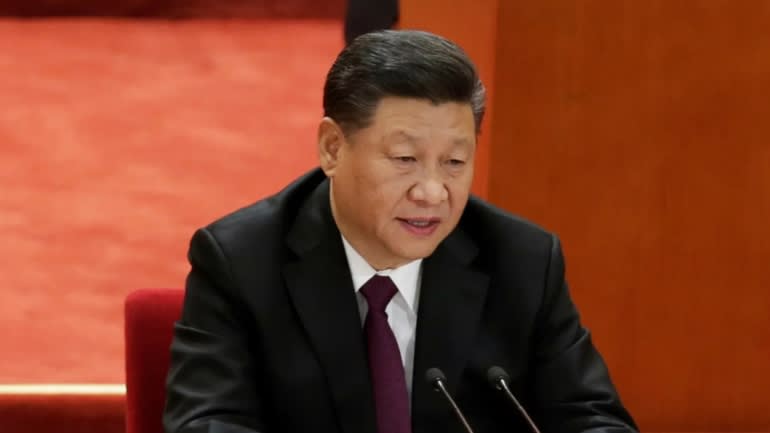 Chinese President Xi Jinping speaks at Beijing's Great Hall of the People in December. China decided last year to ramp up tax cuts to shield its economy against a downturn.   © Reuters

China raised this past October the minimum taxable income, aiming to line consumers' pockets and stimulate spending. In many developed economies, the income tax is the backbone of tax yields. But it contributes less than 10% of the total in China. The latest cuts will further gut the program, but Beijing is intent on prioritizing spurring consumption.

The government also outlined breaks for small and midsize businesses this month, including more than tripling the minimum income for the value-added tax to 100,000 yuan a month from 30,000 yuan. Companies that meet conditions regarding total assets and number of employees will also enjoy a reduced corporate income tax rate of 5% if they earn 1 million yuan or less in taxable income, or 10% if they earn over 1 million yuan but no more than 3 million yuan, down from the standard 25%.

These changes will reportedly amount to 200 billion yuan in tax reductions a year.

The value-added tax itself, which accounts for about 40% of tax revenue, will also be lowered. Businesses are taxed according to their sector at rates of 6%, 10% or 16%. Rates for certain sectors were lowered last year as well. Concrete plans will be announced after the National People's Congress.

Also under consideration is lowering social security taxes, which impose a particularly heavy burden on Chinese companies. Though rates differ by municipality, the burden for pensions alone can be equivalent to 20% of wages.

Following the 2008 global financial crisis, China unleashed 4 trillion yuan in stimulus measures centered on building infrastructure. But this had resulted in serious side effects, saddling state-owned businesses and regional governments with debt. The government is now wary of stimulus spending in the form of infrastructure projects.

If it continues with large-scale tax cuts, China risks undermining a key source of government income at a time when a decreasing birthrate and aging population are rapidly swelling social security budgets, especially pensions. Though the central government is on relatively sound financial footing at the moment, its tax relief could leave it in a more precarious position down the road.