China extends tariff waivers to US soybeans and pork 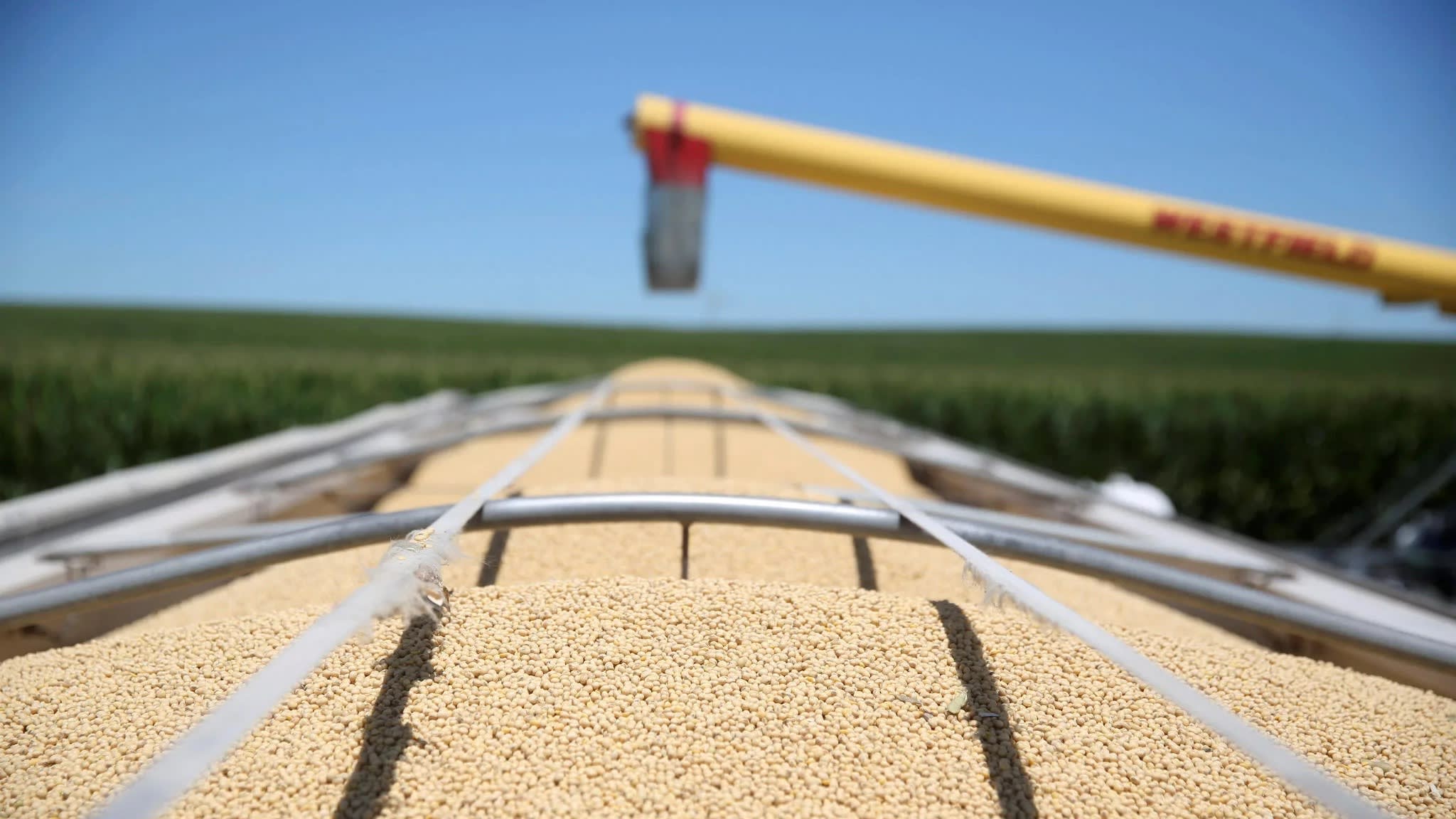 U.S. soybeans are harvested at a farm in Tiskilwa, Illinois.   © Reuters

BEIJING -- The Chinese government has decided to add soybeans, pork and other agricultural goods to a list of products it exempts from retaliatory tariffs against the U.S. as the two sides seek to resolve the deadlock in their trade talks.

China will buy a certain amount of the farm products in accordance with market and World Trade Organization rules, the state-run Xinhua News Agency reported Friday, quoting sources from the Commerce Ministry and the National Development and Reform Commission, the top economic planning body.

This move, which comes ahead of cabinet-level talks set for next month, follows an announcement Wednesday that China will grant tariff waivers to 16 products including lubricants and cancer drugs.

The same day, U.S. President Donald Trump said his administration would postpone raising tariffs on $250 billion worth of Chinese imports from Oct. 1 to Oct. 15 "as a gesture of good will."

Since last year, China has slapped import duties totaling 30% on U.S. soybeans and 60% tariffs on American pork. The tariffs on soybeans hit U.S. farmers hard, as this is their staple export to China.

Chinese importers have put in orders for over 1 million tons of U.S. soybeans, due to be delivered between November and December.