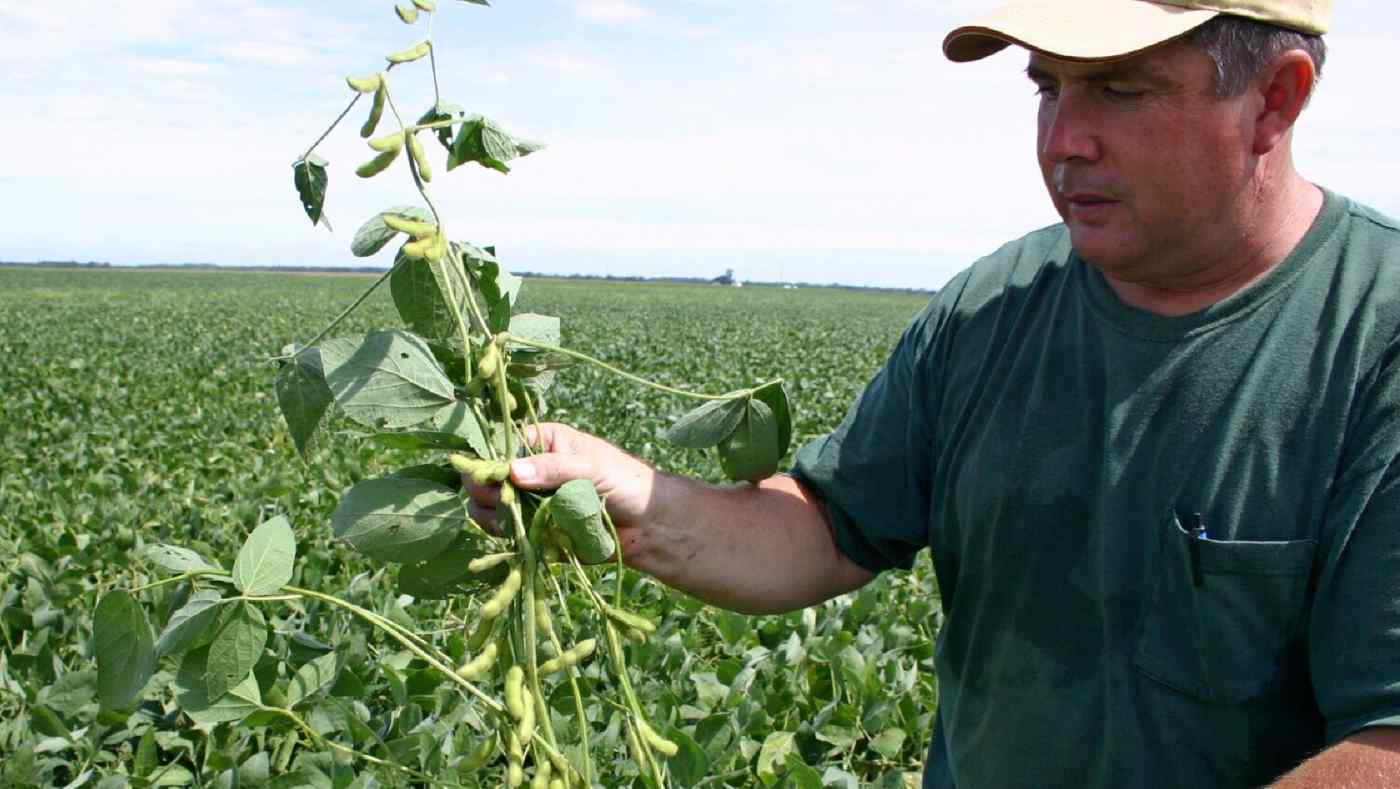 BEIJING -- China has curtailed imports of American soybeans in recent months, targeting the key commodity -- and by extension its farmers, a major support base for U.S. President Donald Trump -- in response to Washington's trade sanctions.

But having a steady supply of reasonably priced soybeans is crucial for domestic stability. Beijing has hesitated before to play this risky card against the U.S., its second-biggest source of imports for the crop.

The preliminary numbers do not provide a breakdown by country. But in March, imports of U.S. soybeans declined 27%, while those from Brazil rose more than 30% and shipments from Russia doubled. Similar trends are expected in April.

Soybeans are on a par with semiconductors among key American exports to China, which buys about 60% of U.S. shipments of the legumes. That provides a crucial pressure point for Beijing. The beans were among the products China threatened to slap with higher tariffs after the U.S. introduced punitive 25% levies on a list of Chinese imports in early April.

The U.S.'s crippling seven-year ban on ZTE buying American technology seems to have effectively halted production for the world's No. 9 smartphone maker by shipments, and is considered the top factor in bringing China to the negotiating table last week. Beijing is expected to ask Washington to ease up on ZTE in further talks next week in exchange for leaving soybeans alone.

ZTE's own lax legal compliance, however, is seen as the ultimate cause of its problems. Even some Chinese experts say the sanctions do not stem directly from trade tensions. That appears to give China a handicap in the standoff.

China's gambit could be costly. The U.S. provides around 30% of the roughly 110 million tons of soybeans China consumes per year. Buying American offers Beijing more palatable prices than sourcing from Russia or Brazil or expanding domestic production. Chinese-grown soybeans are seen as roughly 40% more expensive, with Brazilian ones between 20% and 30% more.

Cutting U.S. imports would drive up domestic prices of the beans. Soybean oil features heavily in Chinese cuisine, and the beans are mixed in fodder for pigs, making them crucial for pork, a central protein on dinner tables.

Pork figures heavily in determining overall consumer prices, making it a sensitive matter for the government. Pork and other food prices are recalled as helping fuel the protests that led to the violently repressed Tiananmen Square movement of 1989. Even now, the government tries to smooth out even slight bumps in pork prices by opening up its stores of the meat.

China also still bears the scars of a 2003-2004 soybean crisis, when poor harvests in the U.S. drove up international prices. China rushed to buy up the beans in huge volumes, but then prices plummeted, crippling some import firms. That experience led China to avoid targeting soybeans in 2009, when the Americans slapped Chinese tires with special safeguard tariffs.

China sources about 90% of its soybeans from the U.S. and top seller Brazil. Those countries' locations on opposite hemispheres give them staggered harvest seasons, and having a balanced mix of imports from both allows China to mitigate shocks due to drought or other circumstances. Forcibly slashing U.S. imports could upset that delicate balance.