Investment to total $125bn, to be supplemented by car and appliance incentives 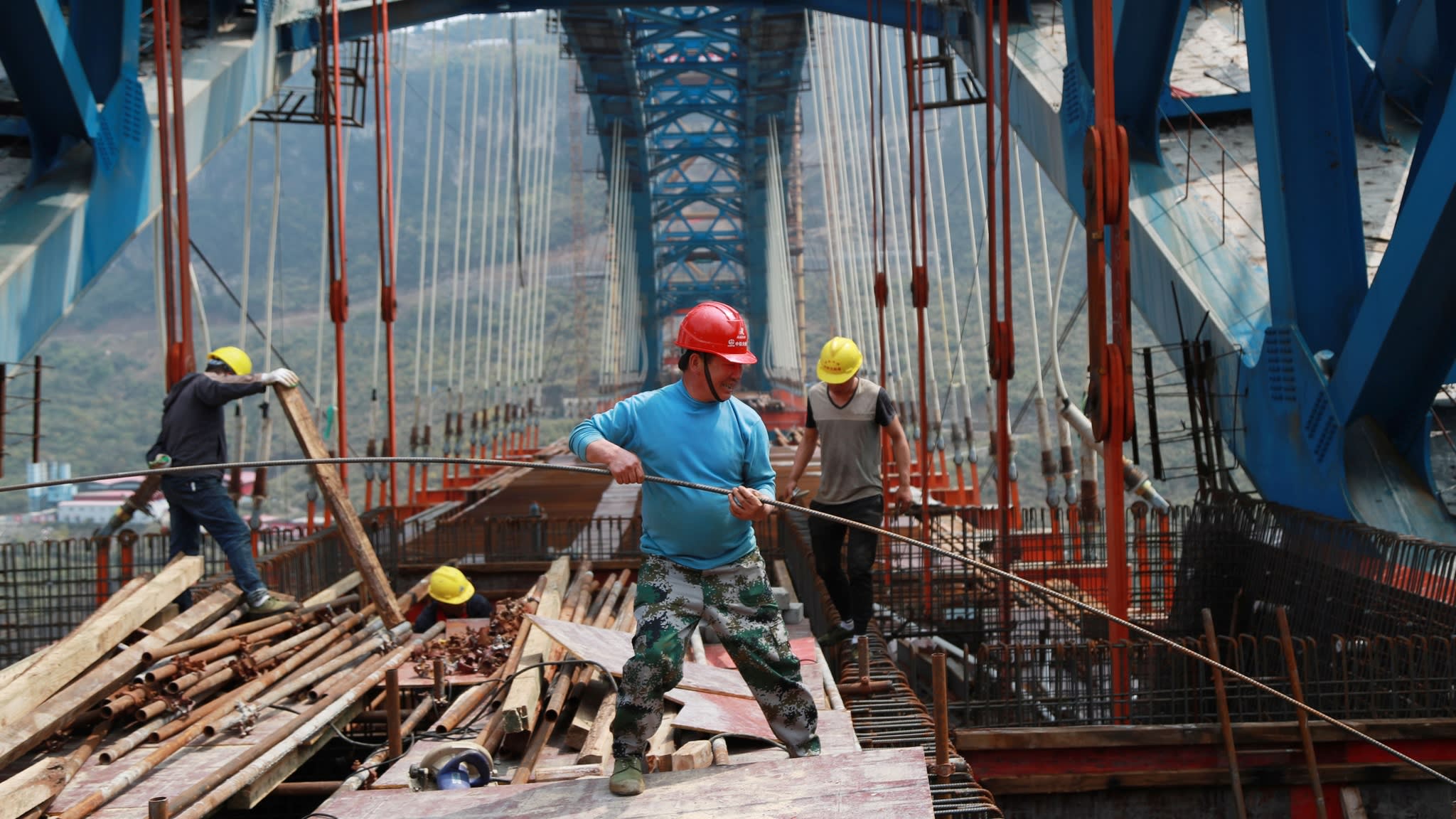 BEIJING -- China is planning a record-high rail investment of around 850 billion yuan ($125 billion) this year, aiming to prop up a sputtering economy with stimulus measures that also include subsidies for car and appliance purchases.

"Investment for 2019 will very likely reach 850 billion yuan," said an executive at China Railway, a state-owned enterprise handling the rail sector. This would be about 6% over last year's figure of 802.8 billion yuan, which surpassed initial plans by about 10%.

On top of expansions to last year's large-scale tax cuts, Beijing is readying massive rail investment and generous stimulus measures for consumers as the economy takes a hit from the trade war with Washington.

The Chinese government expanded rail project spending after the 2008 global financial crisis, with the tally reaching 842.6 billion yuan in 2010. But investment in high-speed rail declined after a deadly 2011 bullet train collision and derailment in Zhejiang Province. Rail investment has hovered at the low 800 end of the billion yuan range since 2014.

China Railway expects new construction projects to rise 45% on the year to 6,800 km, a recent annual plan shows. High-speed-rail projects will be curbed to 3,200 km, down 20%, but overall spending will rise sharply thanks mainly to work starting on a link between Chongqing and the Yunnan Province capital of Kunming to the southwest -- a mountainous route requiring heavy use of tunnels.

Other planned projects include lines linking the provinces of Hunan and Jiangxi, as well as Chongqing and Sichuan Province. Another will connect Chinese President Xi Jinping's pet "smart city" project of the Xiong'an New Area, which is being developed from the ground up near Beijing, with the Henan Province city of Shangqiu. A line between Sichuan and the Tibet Autonomous Region is also a possibility.

Though Beijing aims to spur economic growth, the expansion could further worsen the plight of the railway business, which suffered a net loss for January to September of 2018 on a 9% increase in transportation revenue to 570 billion yuan. China Railway's total debt burden exceeds 5 trillion yuan, and the additional investments may hinder efforts to improve its financial footing.

Ning Jizhe of the National Development and Reform Commission, which is charged with steering the economy, told state television recently that the government aims to introduce various consumption stimulus measures. These include purchase incentives for goods like autos, a sector seen to account for about 10% of gross domestic product, as well as home appliances.

From 2009 through 2017, China supported car sales through reduced acquisition taxes for smaller vehicles, along with subsidies in rural areas. The end of the subsidies in 2018 contributed to the nation's first decline in new-auto sales in 28 years. One securities analyst sees this year's subsidies outlined by Ning reaching a scale of 30 billion yuan.

For appliances, incentives similar to ones deployed from 2009 to 2013 to encourage upgrades to energy-efficient models will likely be considered. Stimulus in this area is expected to reach about 20 billion yuan.

These stimulus efforts come as falling prices of apartments and other assets weaken the wealth effect among Chinese consumers, driving down individual spending. The nominal growth rate for total retail sales of consumer goods hit a 15-year low of 8.1% for November 2018. The growth rate hit an all-time low of 2.1% for sales at mid- to large-size retailers, an area where data is seen as highly reliable.