China returns to familiar playbook in discouraging travel to US

Beijing has throttled outbound tourism to other countries when relations cool 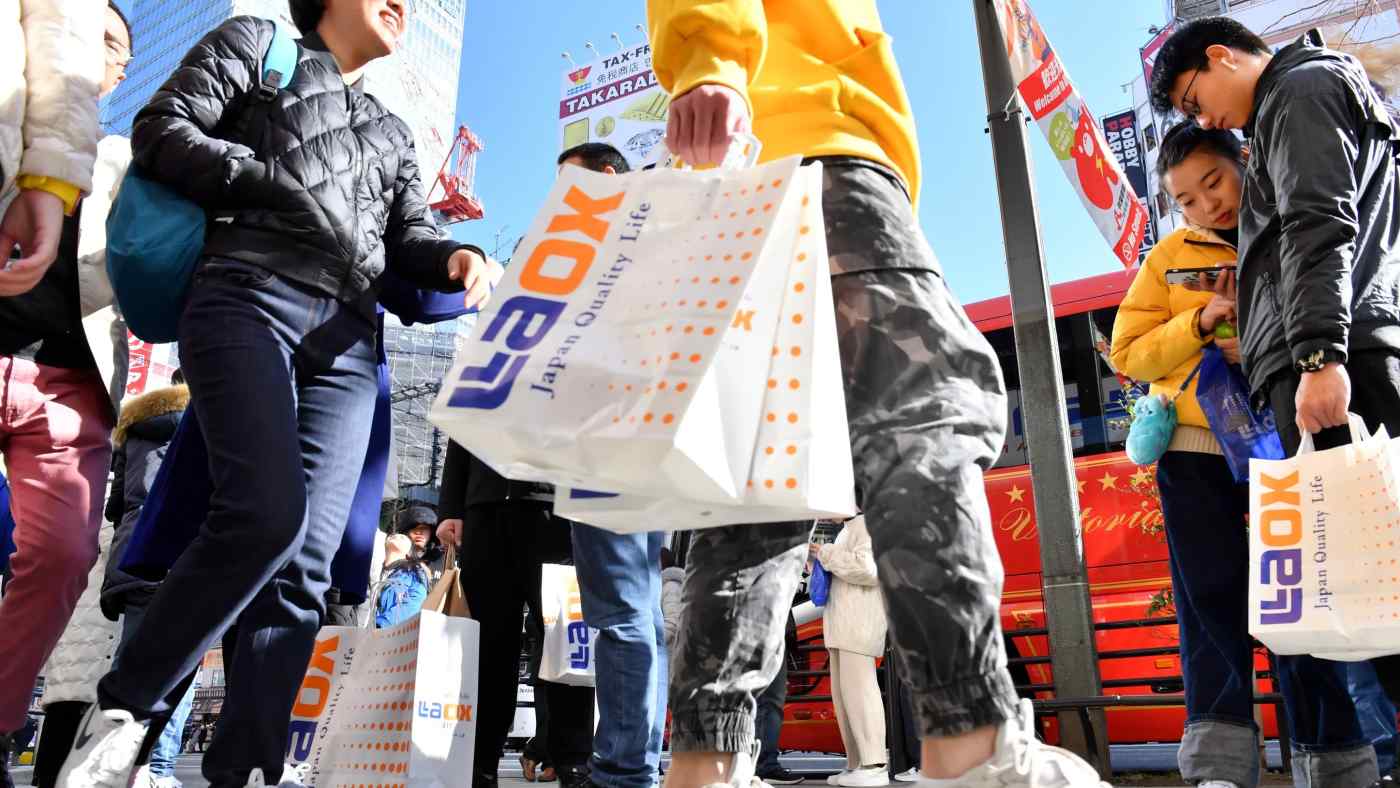 TOKYO -- On June 4, the Chinese government issued a travel warning to citizens visiting the U.S. Citing deteriorating public security and frequent incidents of robbery, theft and gun crime, the Ministry of Culture and Tourism warned travelers to take safety precautions.

The same day, the Foreign Ministry also issued an advisory to Chinese students in the U.S., warning of possible discriminatory treatment by U.S. immigration authorities and encouraging them to contact the Chinese embassy in case of emergency.

Moves urging Chinese tourists and students to avoid travel to the U.S. appear aimed at inflicting economic pain on Washington. China began discouraging travel to the U.S. in June 2018, around the time the trade spat flared up. The number of Chinese visitors to the U.S. duly fell last year, dropping 5.7% on the year to 2.9 million, the first such decline since 2003. With trade tensions continuing to mount, China is likely to maintain the pressure.

It is something of a pattern for Beijing. Although China has not explicitly acknowledged issuing the U.S. travel advisories to gain political leverage, it has used spending clout of its tourists to send a message in the past.

China's relations with South Korea soured in 2017 over the latter's deployment of a U.S. missile-defense system. That same year, the number of Chinese tourists visiting South Korea plunged 48.3% from the previous year to 4.16 million. Additional retaliatory steps included banning South Korean TV dramas and other entertainment.

South Korean businesses suffered. Sales of Hyundai Motor cars in China, hit by a boycott of South Korean goods, fell 31.3% on the year in 2017. Samsung Electronics' share of the smartphone market dropped from around 8% in 2015 to less than 1% in 2018.

Some observers believe the U.S. could suffer similar treatment. U.S. President Donald Trump and Chinese President Xi Jinping agreed to restart trade negotiations during a meeting on the sidelines of the Group of 20 meeting in Osaka, but an actual agreement remains far off. If talks stall again, Trump could turn back to his favored tool, levying tariffs, and Beijing may feel compelled to respond.

But because the U.S. sells relatively few consumer products in China, the real blow would come from a decline in the number of big-spending tourists.

A recent Wall Street Journal report argued the impact of a Chinese boycott would not hurt U.S. tourism much because Chinese made up less than 4% of foreign travelersin 2018. But it did say that certain high-end brands preferred by Chinese buyers could be hit harder, along with colleges and universities that rely heavily on tuition money from Chinese students.

Regardless of the scope of the impact, setting limits on imports from specific countries could violate World Trade Organization rules. In the case of South Korea, however, the Chinese government managed to hide any trace that it was behind the boycotts. Chinese customers were simply told, for example, that Samsung phones were out of stock and given a friendly suggestion to buy a Chinese phone instead.

The Chinese government insists it did not orchestrate the South Korean boycotts, saying they were private campaigns. The Foreign Ministry says it "never heard of" such bans. An entry in Baidu Baike, a Chinese online encyclopedia similar to Wikipedia, called the ban on South Korean products "a rumor," detailing the campaign using South Korean media for most of the citations. 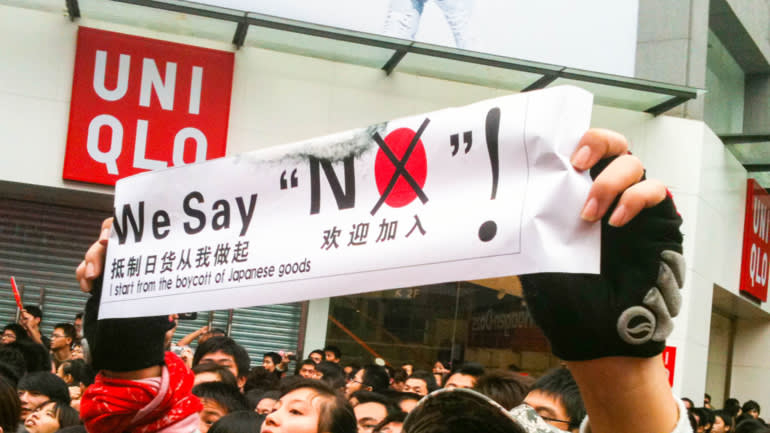 A protester in Chengdu holds a banner outside a Uniqlo clothing store during an anti-Japan boycott in October 2010.   © Reuters

Japan has also felt Beijing’s displeasure. In 2012, Chinese travel to Japan plummeted amid tensions between the two countries over the Senkaku Islands, which China claims as Diayou.

Chinese authorities also pressured tour operators to limit trips to Japan in September 2017. The effort was said to be aimed at limiting a spike in tourism to the country. According to sources in the Japanese travel industry, Chinese travel agencies received instructions to lower the volume of group tours to Japan. The campaign, which was designed to make it look like the order came from local governments rather than Beijing, roiled Japan's tourism industry.

When China restricted exports of rare earths to Japan in 2010 amid deteriorating bilateral relations, Beijing said the decline in shipments was due to a decline in production driven by environmental conservation efforts.

In contrast to Adam Smith's invisible hand, which brings a capitalist economy into balance, China's hybrid socialist model relies heavily on the invisible hand of the state to guide the economy where the authorities want it to go.