China says 'won't back down' on principles despite tariff threat 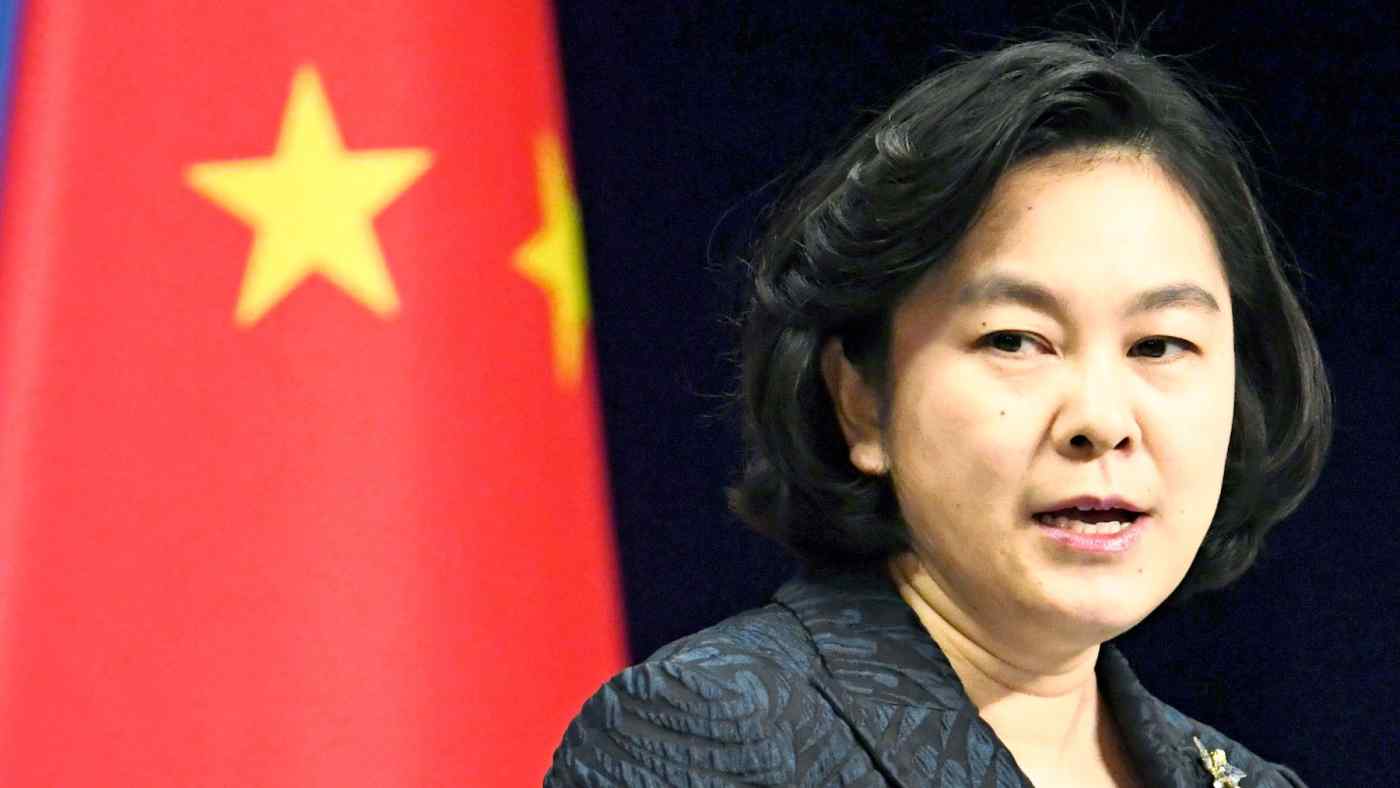 "If the U.S. indeed imposes new tariffs, China will have to take necessary countermeasures to uphold its core interests and the fundamental interests of the Chinese people," Ministry of Foreign Affairs spokeswoman Hua Chunying said Friday in Beijing. "China does not accept any maximum pressure, threat or blackmail," she said, adding that "we won't back down even a little bit" on major issues concerning principles.

Trump tweeted Thursday that the U.S. will add a 10% tariff on $300 billion worth of Chinese imports from Sept. 1, blaming China's failure to keep promises, including one to "buy agricultural product from the U.S. in large quantities."

Zhang Jun, the Chinese ambassador to the United Nations, on Friday called Trump's threat "an irrational, irresponsible act" and urged Washington to "come back to the right track."

The ambassador said that China is willing to talk if the U.S. is, but added, "If they want to fight, then we will fight. We will never sacrifice our fundamental interests."

The two sides had just concluded high-level negotiations in Shanghai earlier in the week and are expected to hold another round of trade talks in the U.S. in September. This marked the first round of in-person meetings since Trump and Chinese President Xi Jinping reached the truce in June at the Group of 20 summit in Osaka, following the collapse of talks between the two sides in May.

But fundamental differences remained, including on Chinese subsidies to domestic companies, hinting that not much progress had been made. U.S. President Donald Trump, left, with Chinese President Xi Jinping at the Group of 20 summit in Osaka on June 29. The trade truce has ended as China vows vengeance if Trump insists on new tariffs.   © Reuters

Taoran Notes, a WeChat blog associated with the state-owned Economic Daily newspaper, has shed some light on the Chinese government's thinking on trade negotiations since May. After the delegations met in Shanghai, the blog said that although there was much speculation on whether a trade deal could be made, the purpose of the meeting was to get the two sides back to the negotiating table and the atmosphere was positive.

But on Friday, Taoran Notes published a post expressing astonishment at the sudden about-face and said the threat would very much negatively impact the ongoing negotiations. The blog also said Trump's threat could make China think that it no longer needs to buy American agricultural products or hold another meeting with the U.S.

"We firmly oppose the act of claiming to talk on the one hand while exerting maximum pressures on the other," she said. "It is not constructive and it won't work."

American soybean farmers will not get their biggest customer back anytime soon. U.S. agriculture has been among the sectors hit hardest since the trade war began, as China is the largest soybean consumer in the world.

China has imported more than 1 million tons of soybeans from the U.S. since June 28 in recent data from the U.S. Department of Agriculture. But this was far less than Trump wanted.

American farmers have been pressing Trump to cut a deal with Beijing. Soybean prices are determined by demand, and the farmers prefer trade over aid.

Trump told reporters Friday that "we can't just go and make an even deal with China, we have to make a much better deal with China, because right now they have a very unfair playing field."

"My administration is standing up for our farmers and ranchers like never before," he said. "We're protecting our farmers. We're doing it in many ways, including with China."

"When our farmers became victims of unjustified retaliatory tariffs from China and other countries, we provided $28 billion, over a two-year period, in relief," Trump said. "They were targeted, and we took care of our farmers and ranchers."

Kaori Yoshida in New York contributed to this report.