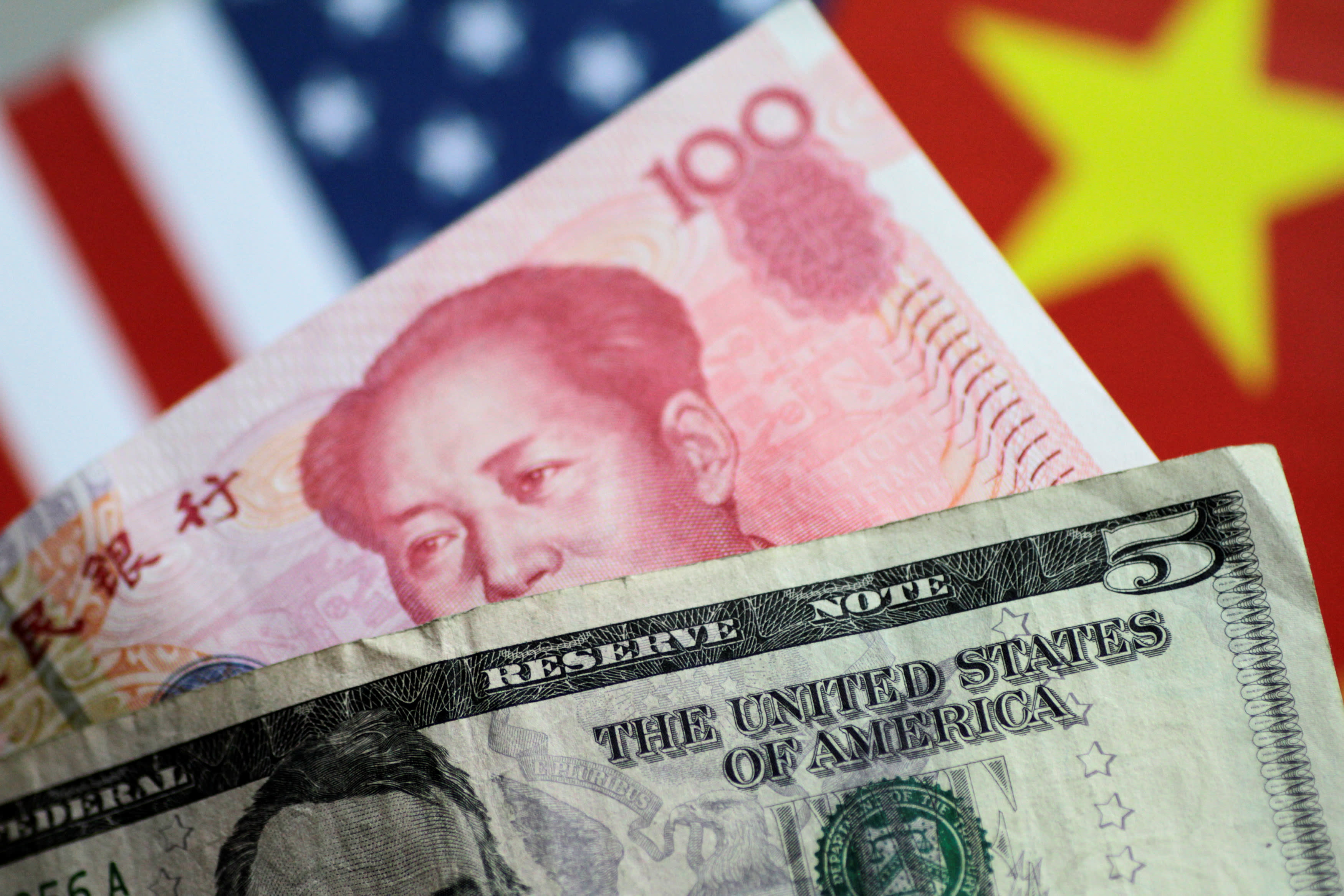 The yuan has not been this weak against the dollar since the global financial crisis.   © Reuters
TAKESHI KIHARA, Nikkei staff writerAugust 8, 2019 10:57 JST | China
CopyCopied

HONG KONG -- The People's Bank of China on Thursday set its daily reference rate for the yuan at 7.0039 to the dollar, fixing the midpoint below the key threshold of 7 for the first time since May 2008.

The move came amid escalating trade tensions with the U.S. Some see the fix, which was 43 pips weaker than Wednesday's midpoint of 6.9996, as a sign the Chinese central bank has decided to let the local currency slide.

Thursday's midpoint was still stronger than the actual onshore trading rate seen the previous day -- 7.0596 to the dollar.

The midpoint takes into account the previous day's domestic closing rate, along with the direction and degree of movement in the yuan against a "basket" of other currencies including the dollar, euro and yen.

In the onshore foreign exchange market, the yuan can only fluctuate by 2% on either side of the reference rate. This puts the range on Thursday at 6.8638 to 7.1440 per dollar.

Offshore, the yuan has also been weaker than the midpoint. Speculators tend to sell the Chinese currency when they see the authorities are of a mind to let it fall.