Economic guideline for 2019 promises revenue relief in excess of $188bn 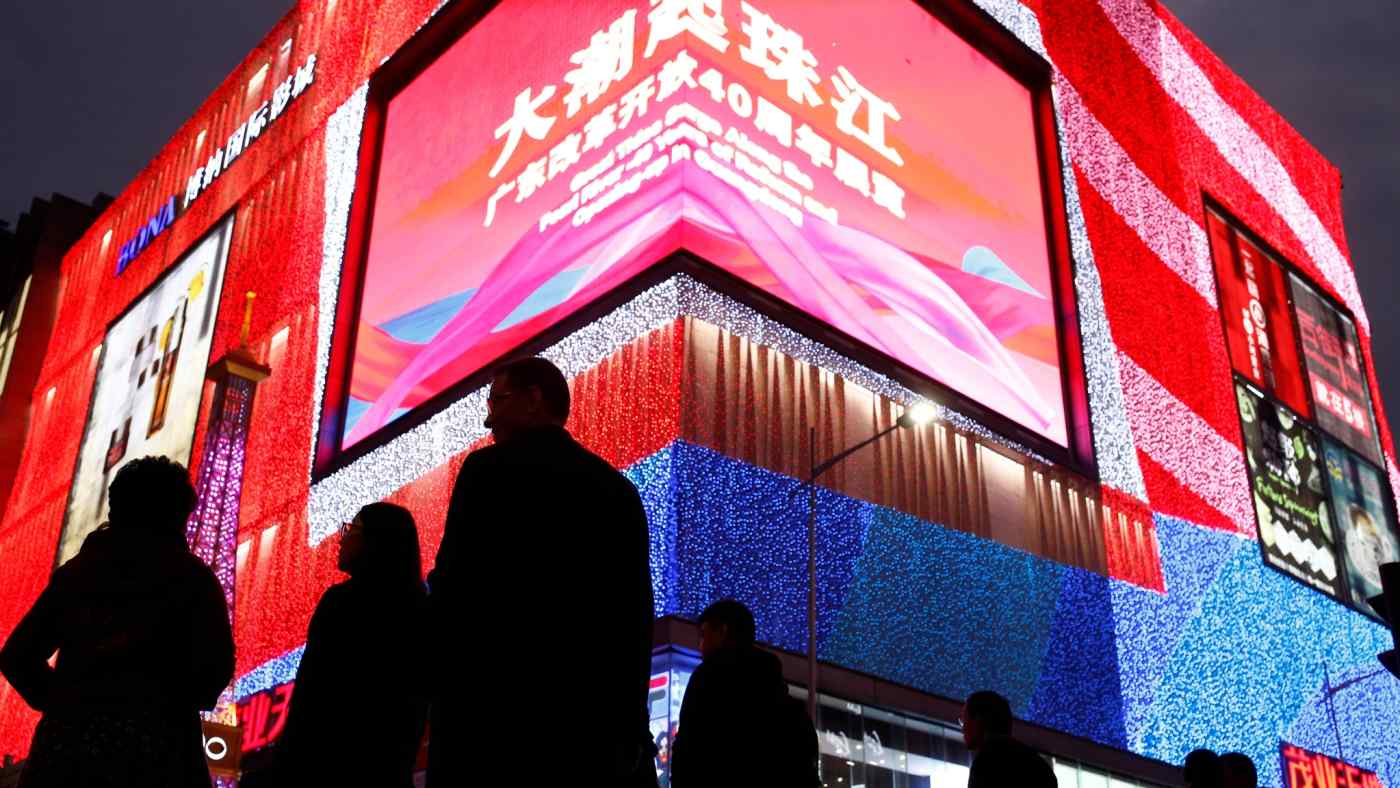 People stroll through a shopping district in the southern city of Shenzhen. Tax cuts will be one of the methods used to support the Chinese economy.   © Reuters
ISSAKU HARADA, Nikkei staff writerDecember 22, 2018 03:31 JST | China
CopyCopied

BEIJING -- China's top leadership signed off Friday on an economic plan for next year that features aggressive stimulus measures such as tax cuts to spur domestic demand and handle the fallout from the trade war with the U.S.

The annual blueprint, released at the close of the three-day Central Economic Work Conference, includes a mix of tax breaks and monetary steps. The conference statement was frank about the prospects for the coming year, noting that "the external environment is complicated and severe, and the economy faces downward pressure."

The Chinese economy is expected to decelerate in 2019 due to the risk of the U.S. further ramping up tariffs. Many observers expect Beijing to downgrade the year's growth goal from target rate for 2018 of around 6.5%.

Friday's statement calls for "bolder and more effective measures" to implement a "proactive fiscal policy." The wording a sharp departure from last year's decision to leave the existing fiscal policy in place. The plan is to carry out tax cuts and fee reductions at a scale beyond the roughly 1.3 trillion yuan ($188 billion) authorized for this year.

China will commit to a "relatively substantial increase" in local government bonds, according to the statement, indicating that next year local debt issued to specifically fund infrastructure projects such as rail and roads will top the 1.35 trillion yuan allocated for 2018.

Beijing will maintain a "prudent" monetary policy that is "neither too tight nor too loose," the statement reads. Missing from the text is the word "neutral," featured in last year's blueprint. The last time China erased the word "neutral" was for 2015, when it embarked on a major monetary easing program headlined by cuts in policy rates. The latest update to the monetary agenda takes into account current economic patterns.

One feature noticeably absent from the statement is any mention of the yuan. Last year, the government vowed to keep the currency "basically stable at a reasonable equilibrium level." The last time the document failed to mention the yuan was again for 2015, the same year the People's Bank of China lowered its targeted exchange rate.

Since this summer, the yuan has been under downward pressure, and the absence of the currency in the document could fuel further rounds of speculation in the market.

The statement revived the argument that "housing is for living in, not speculation," after omitting that wording last year. It appears that Communist Party leaders seek to stifle talk from some corners, such as Japan's Nomura Securities, that the government will loosen up restrictions on property transactions in large cities.

Participants in the annual conclave also addressed the trade talks Beijing will begin in earnest with the U.S. at the start of the new year. China has "properly dealt with the Sino-U.S. economic and trade frictions," according to the text. "It is necessary to implement the consensus reached by the heads of state of China and the United States in Argentina to advance bilateral economic and trade negotiations," the statement said. To provide room for discussions, U.S. President Donald Trump agreed to a 90-day moratorium on lifting tariffs during his meeting with Chinese President Xi Jinping.

With American demands apparently in mind, the plan speaks of efforts to "advance all-round opening up" of the economy and recommends that "market access should be eased." The text says China should take steps to "protect the interests of foreign companies in China, especially intellectual property rights."

On the other hand, "high-quality manufacturing development" will be given top priority, the statement said, emphasizing the endeavor to "build the country into a manufacturer of quality and the integration of advanced manufacturing and modern service sector." Beijing will not abandon its "Made in China 2025" initiative to modernize domestic industry, a point of contention for the Trump administration, according to a source close to China's Ministry of Commerce.