China to kick off trade talks with timeline for structural reforms

Officials gather in Washington under shadow of economic worries 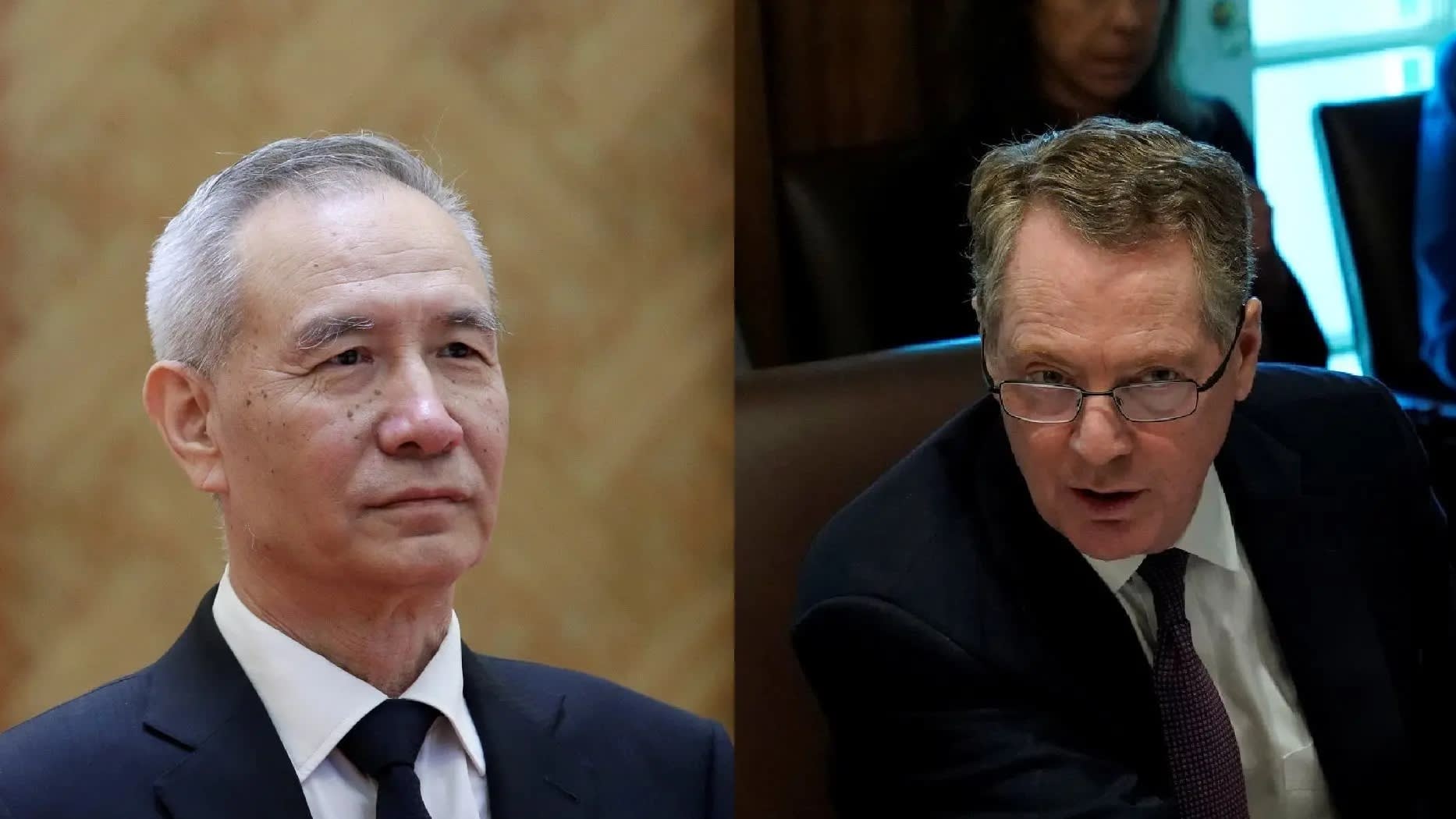 WASHINGTON/BEIJING -- China is expected to present a roadmap on structural reforms to the U.S. when senior officials meet Wednesday and Thursday in Washington.

The two countries are holding high-level talks for the first time since last June, when U.S. Commerce Secretary Wilbur Ross traveled to Beijing. Even as Ross contends that a deal is still "miles and miles" away, some expect a breakthrough now that both economies are showing signs of weakness.

China already presented plans to increase imports in 12 fields, including energy, agricultural products and industrial goods, at working-level trade talks held on Jan. 7-9 in Beijing, a source familiar with the negotiations said.

China has also offered to eliminate its trade surplus with the U.S. within six years, according to some media reports.

Intensive discussion is expected on the issue of changing China's trade practices, including forced data transfers and corporate spying.

China will present a roadmap on structural reforms, according to the negotiation source. Under this scenario, China would provide a specific timeline for such steps as easing restrictions on foreign investment so that progress can be confirmed by both sides. Structural reforms will also cover intellectual property protection.

Trump has maintained that negotiations are going well and that a deal is possible.

The Chinese side is eager for a trade war breakthrough and is prepared to "make major concessions this time," said one official.

A slowing economy looms over Chinese officials' heads. Growth in the October-December quarter was just 6.4%, the weakest pace since the global financial crisis a decade ago.

Chinese officials are also worried about employment. Workers in large cities returning to their hometowns for the Lunar New Year in early February may not be able to find work when they come back. Concerns about employment could spread after the holiday if there is no progress in the U.S. talks.

The U.S. economy is also beginning to flash warning lights. Stock prices have plummeted due to concerns about the trade war, and companies are beginning to hold off on investments. Trump is looking for a success to lift his poor approval rating after a monthlong government shutdown.

Trump wants a deal more than anyone, said a Treasury Department official.

At their summit in December, Trump and Chinese President Xi Jinping agreed to reach a deal on trade within 90 days. To draw concessions from Beijing, Washington has put on hold its plan to raise tariffs on $200 billion worth of Chinese goods to 25%.

China hawks in the Trump administration remain wary. White House trade adviser Peter Navarro has said China has a "long history" of "failure to honor its commitments." Ross has stressed the need to have "penalties" on hand in case Beijing fails to carry out any agreement.