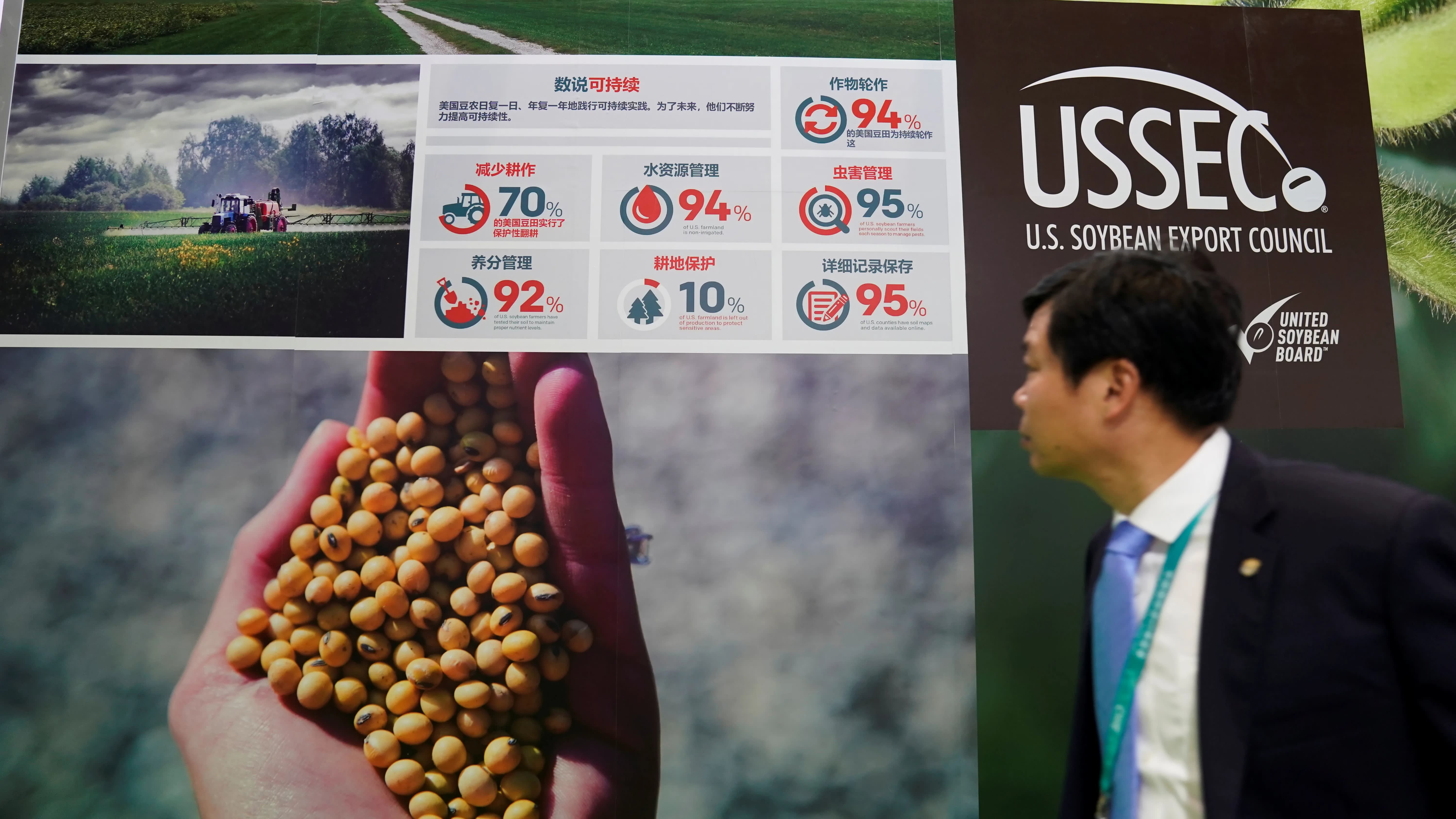 A stall of U.S. Soybean Export Council is seen during the China International Import Expo (CIIE), at the National Exhibition and Convention Center in Shanghai in November 2018.   © Reuters

Trump said at the time he would not impose new tariffs and U.S. officials said China agreed to make agricultural purchases. But Trump said on July 11 that China was not living up to promises to buy U.S. farm goods.

The world's two largest economies have been embroiled in a tariff battle since July 2018, as the United States presses China to address what it sees as decades of unfair and illegal trading practices.

China has countered that any trade deal needs to be fair and equitable, leaving the two sides apparently still far from an agreement to end the back-and-forth that has rocked global supply chains and upended financial markets.

"This is a prominent part from Chinese side as the two countries have signaled goodwill to each other recently. It also indicates China-U. S. trade consultations will restart soon," Hu said.

Trump said on Friday that Treasury Secretary Steve Mnuchin had a very good talk with his Chinese counterpart the day before. He has also touted U.S. economic performance, and said China is "not doing very well."

China has confirmed that Vice Premier Liu He and Commerce Minister Zhong Shan spoke by phone on Thursday with Mnuchin and Trade Representative Robert Lighthizer regarding "further consultations, as well as the implementation of presidential consensus reached in Osaka."

China made its biggest purchase of U.S. sorghum since April earlier this month, according to U.S. Department of Agriculture data issued on Thursday.

China, which is the world's top soybean importer, also canceled purchases of 9,853 metric tons of U.S. soy this month, according to Thursday's USDA data. It was China's first weekly net cancellation of soybeans since April.