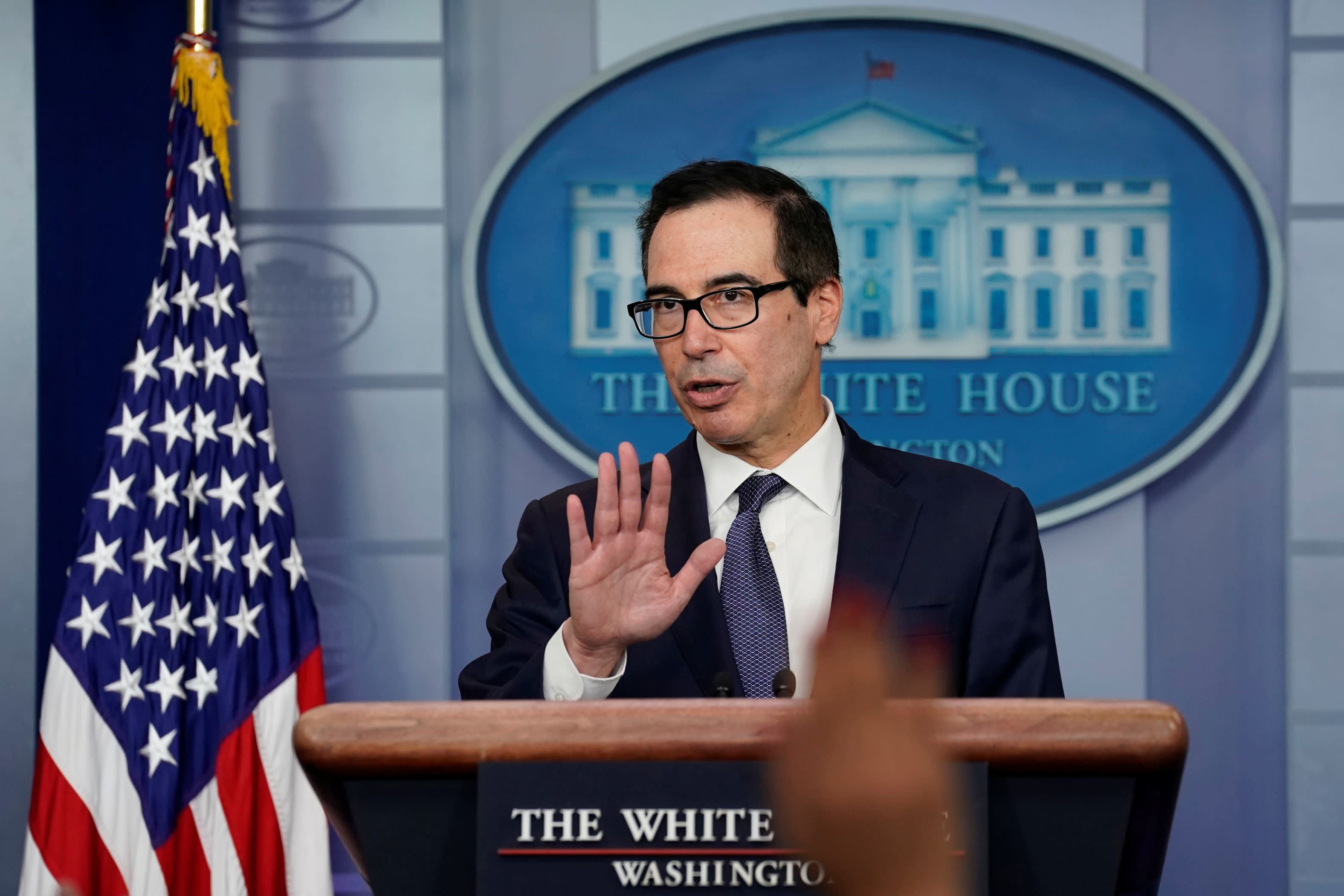 WASHINGTON (Reuters) -- Documents to be released Wednesday will show skeptics that a Phase 1 U.S.-China trade agreement will be fully enforceable, including a pledge by China to refrain from manipulating its currency, U.S. Treasury Secretary Steven Mnuchin said Tuesday.

U.S. President Donald Trump is due to sign the trade pact with Chinese Vice Premier Liu He at a ceremony at the White House, marking a truce after 18 months of tit-for-tat tensions that have stalled U.S. business investments and dampened global growth.

"Tomorrow we'll be releasing the documents and people will be able to see there's a very detailed dispute resolution process," Mnuchin told Fox Business Network. "This is an enforceable agreement just as the president dictated it would be."

Mnuchin also pushed back against what he described as "misreporting" that suggested the world's two largest economies had concluded agreements outside the Phase 1 trade deal.

U.S. tariffs on Chinese goods would remain in place until an enforceable Phase 2 agreement was reached, he said.

"There's no side agreements. The only way the president will be reducing the tariffs is if there is a Phase 2 part of the agreement that is also fully enforceable," he said.

Mnuchin's interview was taped at the White House as U.S. and Chinese officials met for longer than expected at the office of U.S. Trade Representative Robert Lighthizer, sparking some concern about a possible last-minute glitch.

Harry Broadman, partner at Berkeley Research Group and a former senior USTR official, said it was surprising that it had taken over a month to translate the agreement into Chinese.

Lighthizer on Monday conceded the translation was not yet complete, but said it was nearly done and would be released on Wednesday before the signing.

"It's taken a long time to translate 86 pages, and this is really important," Broadman said. He said it was not unusual to hold off on releasing the text until after the signing ceremony, but it was curious that the translation had dragged on so long.

One industry source briefed on the negotiations said there was still a chance the full text of the trade deal would not be released on Wednesday as expected.

"There are signs that the full text of the agreement will not be released since there are concerns that China is not in a position to meet all of the specific commitments," said the source.

It was not immediately clear from Mnuchin's comments if he meant the actual text of the agreement would be released, since he referred to "documents" but did not use the word "text".

Mnuchin said he viewed the trade deal as a "great win for American business and American farmers."

China committed to purchase $200 billion of additional U.S. goods and services over the next two years under the agreement, he said, adding that U.S. companies and farmers could reap further gains once structural reforms were tackled in a Phase 2 agreement.