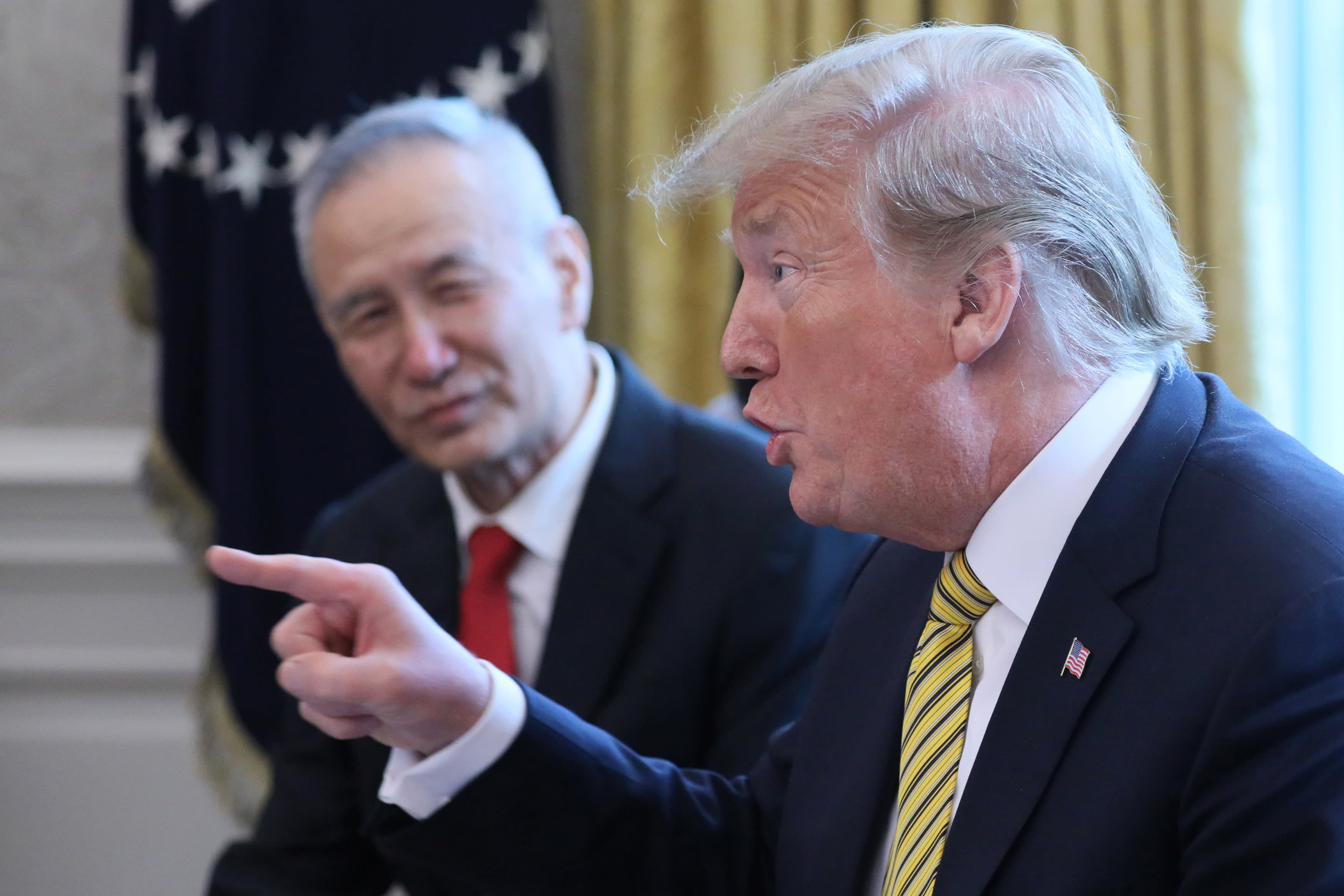 TOKYO -- The U.S. and China may soon reach a tentative trade deal, but fundamental disagreements are likely to remain between the world's two economic superpowers, according to economists speaking at a Nikkei-affiliated seminar on Friday.

The two countries will be in a "never-ending economic cold war" as long as [U.S. President Donald] Trump is in office, Marcus Noland, executive vice president at the Peterson Institute for International Economics, said at the event hosted by the Japan Center for Economic Research.

Trump said Thursday that a deal is likely to be announced within four weeks. He made the remarks after a White House meeting with Chinese Vice Premier Liu He, China's top economic envoy, who also expressed hope for an agreement.

But economists are skeptical that a deal would clear the clouds hanging over the global economy. The trade dispute over bilateral trade imbalances has morphed into a battle for global technological leadership -- a contest that has taken an increasingly cultural and ideological tone.

China, meanwhile, will try to use any deal as a way to accelerate domestic economic reform, said Chi Hung Kwan, senior fellow at Nomura Institute of Capital Markets Research.

"The current Chinese government is eager for economic opening measures" such as cutting tariffs, accepting foreign investment and relaxing foreign capital ownership, Kwan said. "But China is unlikely to accept changes to its economic system," such as ending subsidies to, or privatizing, state-run companies.

"As China demonstrates it's implementing these reforms, then U.S. protection can be removed," he said. "There will probably be increased Chinese purchases of U.S. products, such as liquefied natural gas and soybeans."

Both economists said Trump would welcome a trade truce as farmers in the U.S. Midwest are struggling with a loss of exports to China and major floods since mid-March.

A lifting of tariffs on U.S. aircraft would also be welcomed by Boeing, whose business is struggling following the two fatal crashes of its 737 Max aircraft in the last five months.

But Noland cautioned against any premature hopes for an early resolution of the trade war. He said that Trump is supported by people in areas of the U.S. hit hard by Chinese imports and have harsher attitudes toward immigrants and racial minorities.

"Polling data suggest many people conflate domestic ethnic religious minorities, foreigners and foreign goods," he said. "They have negative attitudes toward all of them."