Emboldened China refuses to flinch on tariffs in US trade talks 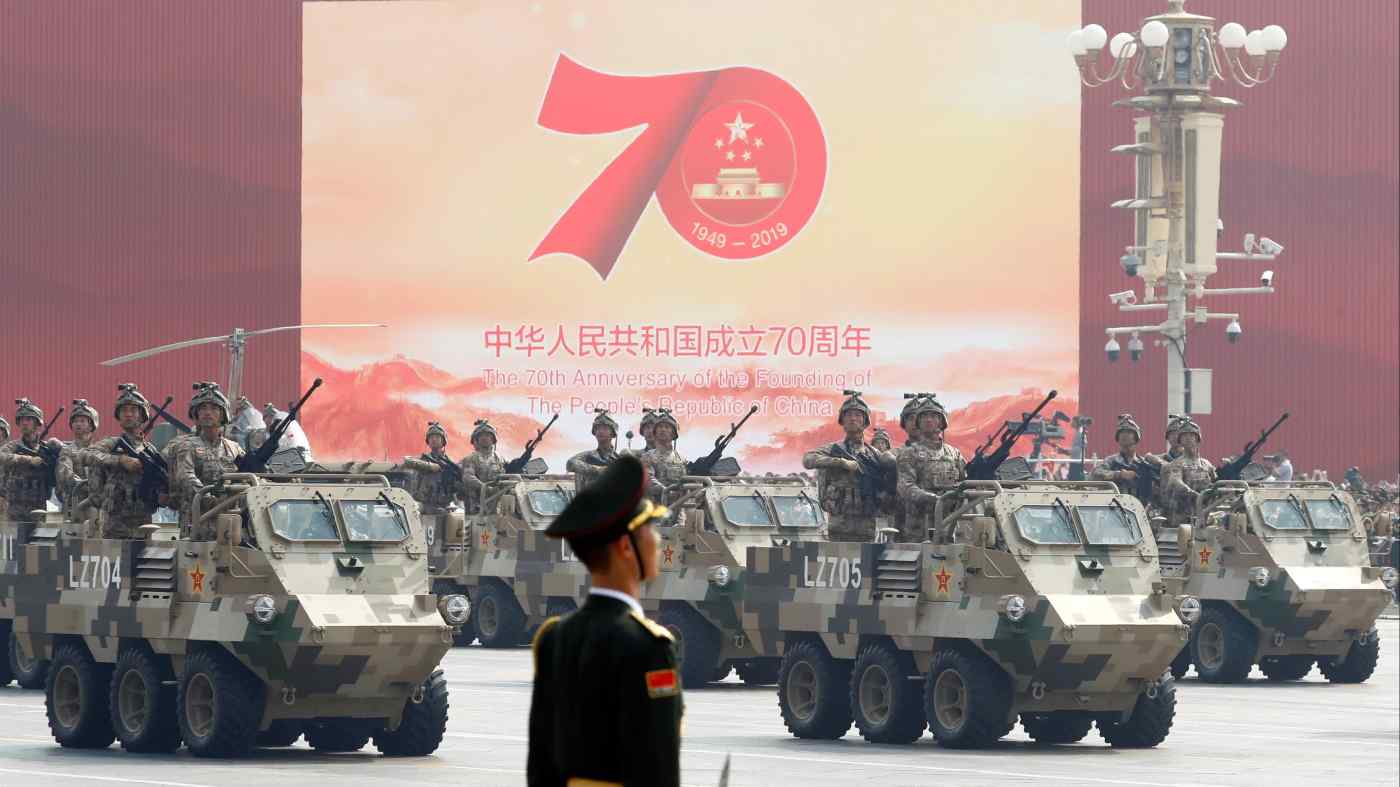 BANGKOK/SHANGHAI -- Beijing has doubled down on demands that may threaten to delay a preliminary trade agreement with the U.S. after a successful month of high-profile political events at home strengthened the leadership's resolve.

A military parade held Oct. 1 celebrating the 70th anniversary of the People's Republic ended without a hitch. The Communist Party of China last week wrapped up the fourth plenary session of the current Central Committee without incident.

These outcomes have emboldened Beijing to insist that the U.S. withdraw all tariffs levied since summer of last year before entering an agreement. U.S. President Donald Trump, meanwhile, expects to sign the first phase of a trade deal this month, creating a situation ripe for tensions to reignite.

Washington is prepared to set aside addressing structural issues, focusing on specific steps to have China expand American imports. Such a result would be crucial to reducing the U.S. trade deficit with China, which approached $420 billion last year.

The two sides are finalizing a deal in which China will import U.S. liquefied natural gas, as well as soybeans and other farm products, U.S. Commerce Secretary Wilbur Ross said Tuesday in Bangkok. The deal would help reduce tensions and rebuild trust between the U.S. and China, according to Ross, who had attended the Association of Southeast Asian Nations summit in Thailand.

Negotiations over foreign exchange and financial services have all but wrapped up, a senior White House official said. Yet top issues such as safeguarding intellectual property rights remain unresolved.

Due to China's retaliatory tariffs, U.S. agricultural goods exported there decreased to roughly $9 billion in 2018. Trump has pressed China to buy up to $50 billion worth of farm goods annually within the next two years.

Beijing has called such goals unrealistic. It is believed that Chinese negotiators proposed to bring U.S. farm imports back to the $20 billion range, the scale seen before the trade war.

China has signaled a self-assured stance in recent weeks. The People's Daily, a Communist Party mouthpiece, published a piece at the beginning of the month declaring that resolving concerns is the prerequisite for a trade agreement.

The biggest sticking point is the complete withdrawal of U.S. tariffs. Since summer 2018, the White House slapped duties of up to 25% on about $360 billion worth of Chinese imports. Beijing has refused to budge on this issue since the tariffs have hurt the country's supply chain.

How far the U.S. will yield remains the looming question. The Financial Times reported Tuesday that the Trump administration officials are considering a partial reversal of the 15% tariff applied to $112 billion worth of Chinese imports on Sept. 1. There is also a chance China could dodge levies on $156 billion on consumer products, like smartphones, that would go into effect in December.

Beijing still faces tall hurdles in its quest to eliminate all punitive tariffs. U.S. Trade Representative Robert Lighthizer has warned of the potential of China backtracking on its pledges once the duties are lifted.

As a deterrent, the U.S. has sought a provision that would reimpose tariffs if China is found to have neglected commitments. Beijing, which has insisted upon a fair and equitable deal, has apparently rejected such a unilateral approach.

Both sides are also jockeying on where to ink the initial trade agreement. Trump wants to hold the signing ceremony in the U.S., and suggested the electoral battleground state of Iowa. The idea is to drum up support from his base among farmers, especially as he faces impeachment hearings.

But if Chinese President Xi Jinping travels to U.S. soil, he risks dealing with an unwanted surprise at the eleventh hour on Trump's home turf. Such a scenario would inflict heavy damage on the political capital he built over the past several weeks.