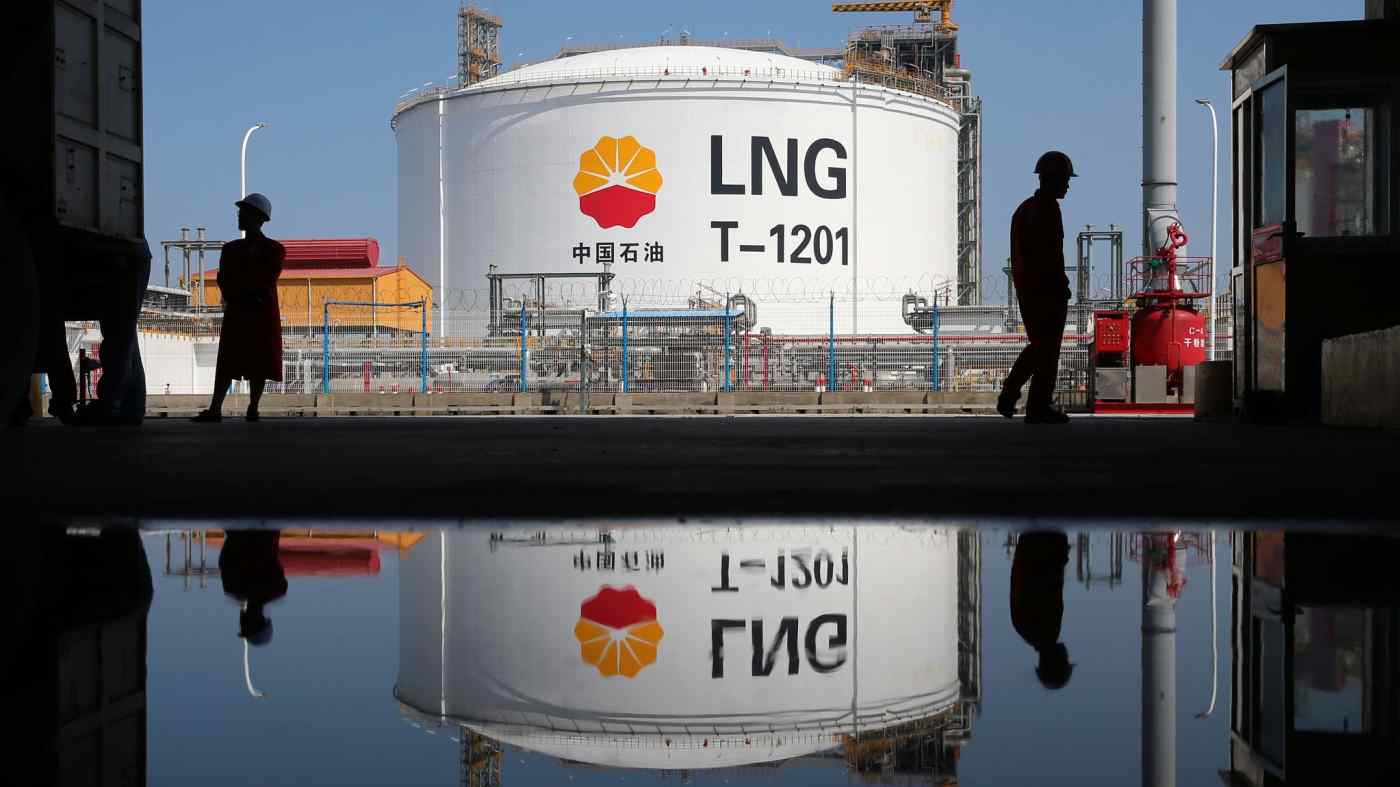 CEO Darren Woods met Wednesday in the province with top officials including Li Xi, the Communist Party secretary for Guangdong, to sign a framework agreement with the province.

Exxon Mobil plans to build a plant to produce petrochemicals in the city of Huizhou, with operations starting in 2023. The oil major envisions producing 1.2 million tons annually of ethylene, a basic raw material for synthetic resins. It also will make polyethylene -- found in a variety of products such as plastic bags -- and polypropylene, which is used in autoparts.

The project will "help meet expected chemical demand growth in China" and aid Exxon Mobil's effort to expand its capacity for chemicals manufacturing in the Asia-Pacific region, the company said.

Exxon Mobil aims to invest $20 billion in chemicals by 2025, looking to reduce reliance on oil products and boost the profitability of production facilities through the vertical integration of high-value-added, downstream petrochemicals.

China is central to the future of the chemicals market. The country's demand for ethylene products alone is expected to surpass 50 million tons in the first half of the next decade, over 30% of the global market.

Meanwhile, ethylene plants coming online in the next three to four years will have a total capacity of 10 million tons. Those operational by 2025 are estimated to reach a total of 30 million tons.

Some observers believe Exxon Mobil's large investment in China will not be viewed favorably by the administration of U.S. President Donald Trump, which is marked by deepening divisions with Beijing. But chemicals are commodities, not the high-tech products that are the primary concern of Washington.

The company also agreed with Guangdong to build an LNG terminal, which offers benefits for the U.S. Though Beijing said in August that it would slap a 25% duty on LNG as part of the trade war, the U.S. serves as a crucial supplier of the fuel. Adding LNG terminals and importing more American gas in the medium and long term would reduce China's trade surplus with the U.S., a goal for Washington.

China has about 20 terminals with a capacity totaling roughly 65 million tons. Beijing hopes to raise that to 100 million tons by 2025 as it intensifies efforts to fight air pollution. China ranks as the third-largest importer of American LNG behind Mexico and South Korea, so both countries have mutual interests in this field.

Exxon accelerated investment in Asia under former CEO Rex Tillerson, who spent 11 years at the helm through 2016 before becoming Trump's first secretary of state. With these two projects, Woods has shown a commitment to continuing Tillerson's Asia focus.

Beijing seeks to maintain cooperation with top U.S. companies while opposing the Trump administration's trade war. In addition to helping prepare for rising demand in energy and chemicals, "partnerships with U.S. companies that have advanced technology and significant influence over energy markets will be beneficial to China's development," an oil company executive said, reflecting a widely held view.