What will the 15% levy mean for the US, China and markets? 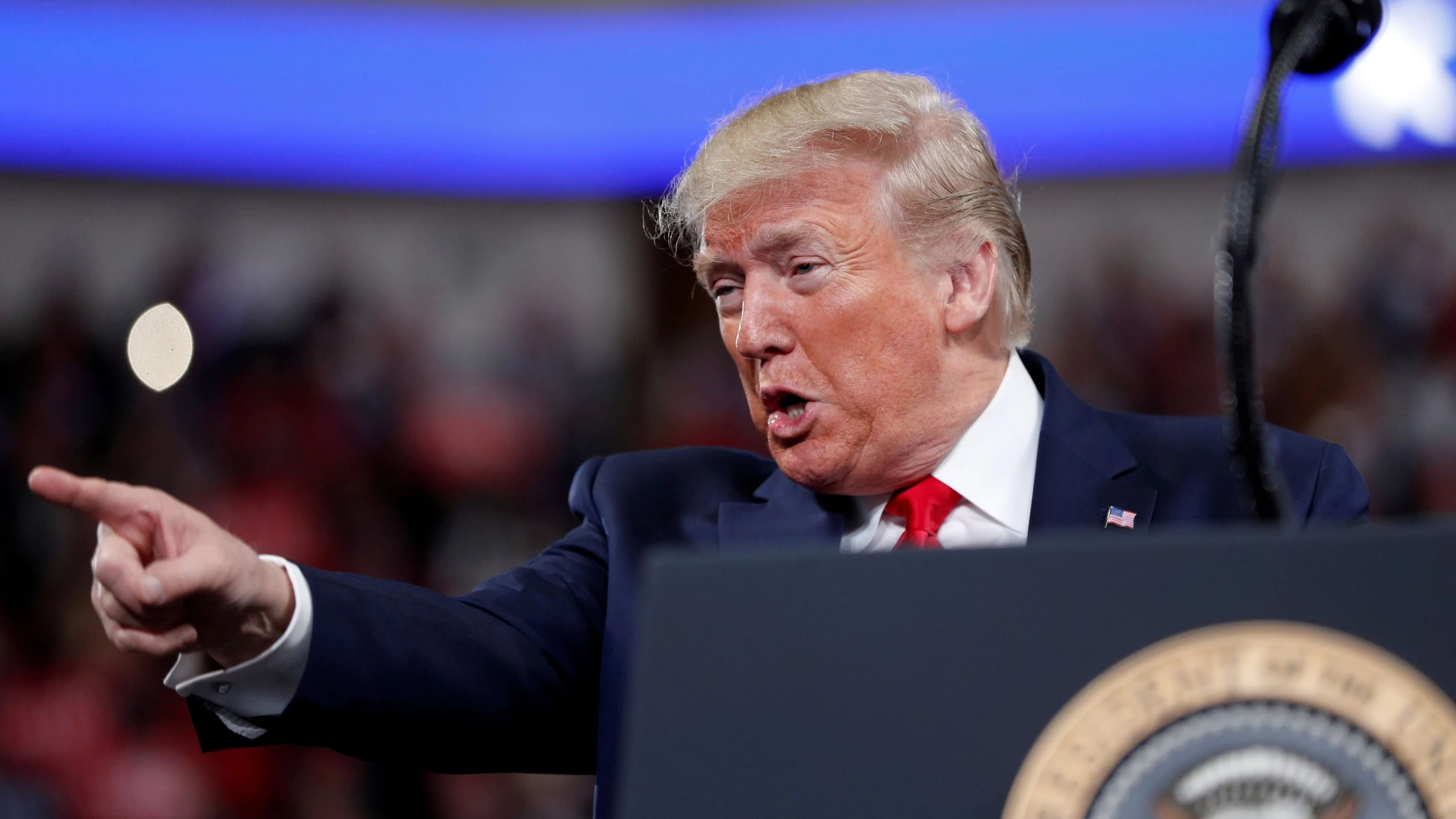 U.S. President Donald Trump delivers remarks during a campaign rally at the Giant Center in Hershey, Pennsylvania on Dec. 10.   © Reuters

NEW YORK/HONG KONG -- If U.S. President Donald Trump goes ahead with the last remaining batch of tariffs, some $160 billion worth of consumer goods imported from China will be subject to an additional 15% levy. It is a big "if," as Trump has plenty of reasons to avoid pulling the trigger. But the consequences if he does could be even bigger.

Here are five things to know about the latest tariff cliffhanger:

What are the new tariffs and will they be implemented?

On Sept. 1, the Trump administration implemented what is known as the "fourth round" of China tariffs, slapping a 15% levy on $110 billion worth of imports, including consumer goods such as clothing and shoes. In doing so, tariffs on an additional $160 billion worth of goods, including smartphones, laptops and toys, were postponed to Dec. 15 out of consideration for Christmas shopping by American consumers.

So far, the Trump administration has imposed tariffs on $360 billion worth of Chinese goods, and with the last round implemented, roughly all Chinese imports will be subject to additional tariffs.

The ultimate decision on whether to implement the new tariffs on Sunday rests with the president.

Trump is reportedly keen on a "phase one" trade deal under which the tariffs would be put on hold while Washington and Beijing attempt to hash out their differences. Observers say Trump may shy away from tariffs that could harm American consumers.

China seems receptive to this idea, saying it will waive some tariffs on U.S. pork and soybeans in a show of goodwill -- but such promising signs have led to disappointment in the past.

How would the U.S. be affected?

The Dec. 15 tariffs are a "$160 billion potential gut punch" for American tech companies, according to Dan Ives, managing director at Wedbush Securities. "Up till now, the average U.S. consumer or tech company has only tangentially been impacted by the first wave of tariffs."

Apple has the "most to lose" from the tariffs, Ives said, due to its massive manufacturing footprint in China and the fact that 40% of iPhones are sold in the U.S.

A major question is how much of the cost increase companies would be able to pass on to customers. Raising prices, even incrementally, could dent demand in a key market, while most suppliers in China have little margin for cutting prices.

In Apple's case at least, there may be reason for optimism, as an iPhone exemption could be granted even if Beijing and Washington fail to reach a truce before Sunday.

How is China bracing for the tariffs?

The additional tariffs could trim between 0.3% and 0.4% from China's GDP, according to calculations by UBS. This is slightly lower than the impact of earlier tariffs, but only if the U.S. reverses the 5% hike on $250 billion worth of industrial goods, as it has promised to do if a phase one truce is reached.

Meanwhile, a recovery in China's domestic demand is not looking likely despite an uptick in imports in November, according to Nomura.

To cushion the impact of a prolonged trade war and other domestic pressures, China should step up its capital market reform and market opening, said Wang Han, an economist at Industrial Securities.

Beijing is already acting on this front. Last month, the government announced further measures to ease restrictions on foreign financial institutions, and an improvised Foreign Investment Law will kick in from Jan. 1, promising easier market access.

What is the likely impact on companies outside the U. S.?

Big electronics manufacturers are diversifying production away from China, and many have indicated this trend will be irreversible.

Major Apple supplier Foxconn has increased its investment in Taiwan, India and Vietnam, while smaller rival Pegatron began operating a new plant in Indonesia this year producing networking products that are already subject to U.S. tariffs. Pegatron also recently rented a factory in Vietnam and started recruiting engineers and other workers in the country, the Nikkei Asian Review has learned.

"We have prepared new sites in Taiwan and are also getting ready for a new plant in Thailand," Quanta Computer CFO Elton Yang told reporters in November. "Once our customers really need to increase production [outside China] to avoid tariffs and ask us to kick off the plan... we could increase production soon for them."

How are markets responding to the potential tariffs?

Investors over the past few weeks increased risk appetite, fully expecting an interim trade deal to be in effect. Globally, investors sold off bonds and shifted to equities, with other factors such as improving global economic indicators also contributing. The risk on momentum has been halted this week as the tariff deadline neared and as uncertainty over a trade deal persisted. Stocks drifted, while bonds and the U.S. dollar nudged up.

A key market fear gauge -- the CBOE volatility index or VIX -- climbed this week, indicating investors were buying downside protection. The measure jumped to 16% on Monday and pushed up again on Tuesday. Action has also been feverish in options markets, another indication of traders bidding up tail risk protection.

"It is all about tail risk," said a derivatives trader in Hong Kong. "Investors are unsure a trade deal will be agreed by December 15 and are buying protection. But if a deal were to be agreed or the two sides presented it as a positive delay, investors are positioning themselves for a spike in risky assets."

In a research note released Wednesday, analysts at Goldman Sachs predicted that the U.S. will scrap -- or delay and eventually scrap -- the Dec. 15 tariffs, as well as roll back the Sept. 1 tariffs in return for increased Chinese purchases of U.S. agricultural products.

Under such as scenario, Goldman said the "trade war drag" on growth will fade by the end of 2020. If the roll back of tariffs extended to the $200 billion worth of goods in the "third round," the analysts said that it would have a 0.2 percentage-point positive effect on 2020 growth.

In his outlook for 2020, UBS Investment Bank Asia Pacific strategist Niall MacLeod said that given the run up in equities in recent weeks, a "worsening trade outlook" among other factors could take equities closer to recessionary levels, which is about 13% lower than current levels.

"Trade remains the biggest uncertainty today and we expect uncertainty about how deep and protracted this could be is likely to persist until there is a comprehensive removal of the trade threat," MacLeod said.