Hanoi narrows 'made in Vietnam' to block Chinese detours

Locally added value must be 30% or higher, government says 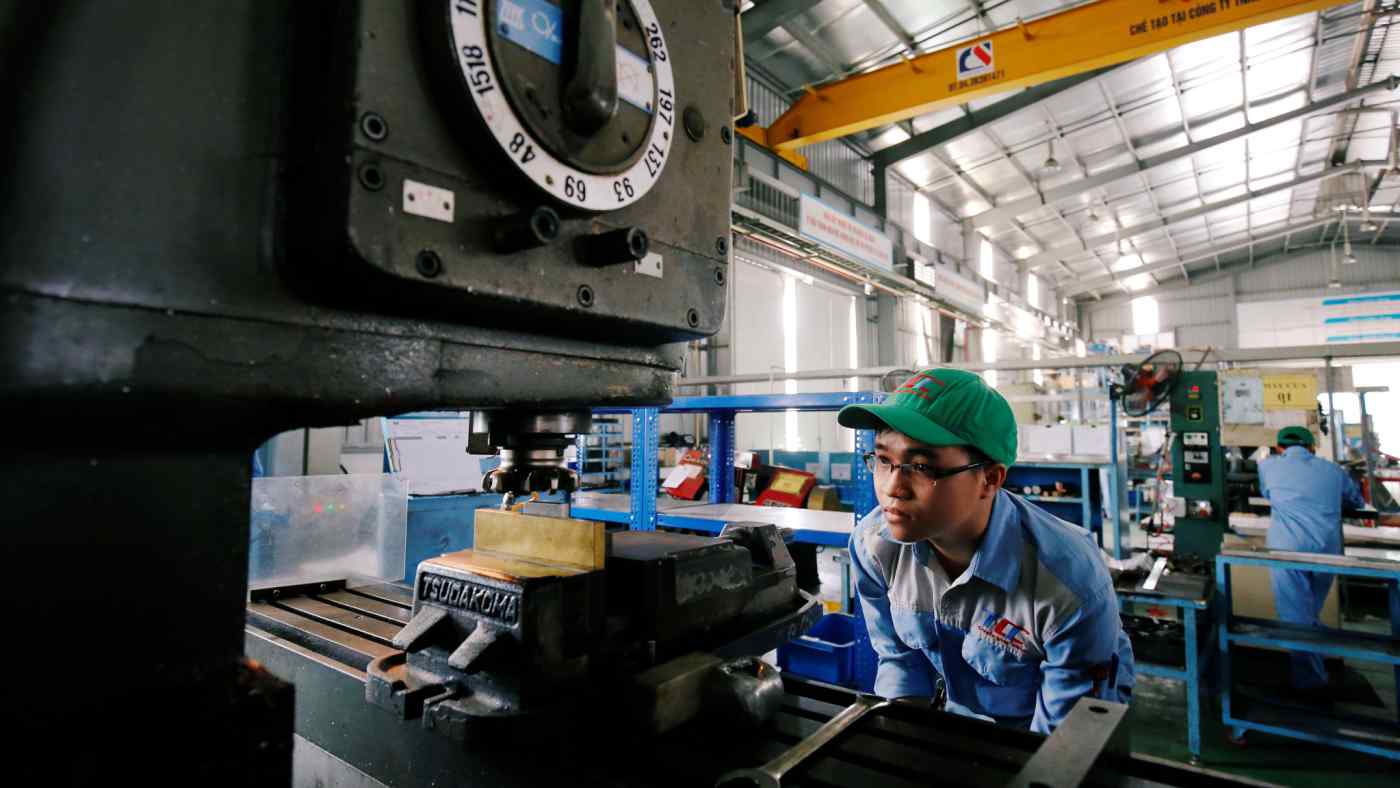 HANOI -- The Vietnamese government is toughening standards for items to qualify as made in Vietnam, Nikkei has learned, seeking to address American concerns over Chinese goods being exported indirectly through the Southeast Asian country.

To be designated Vietnamese-made, goods imported from China would have to be processed into a distinct product, with domestic manufacturing added value accounting for at least 30% of their price.

Washington, which has imposed punitive tariffs on Chinese goods amid trade tensions, has taken a stern eye toward those goods circumventing penalties by being shipped through Vietnam, prompting Hanoi to respond.

For goods sold at home, Vietnam's standards for what counts as domestically manufactured are vague, with manufacturers allowed to decide whether to label their goods as made in Vietnam. The proposed rules would raise the bar for a majority of goods, including agricultural ones, and clarify that products passing through with only light changes do not qualify.

The government is seeking input from manufacturers and consumers based on the proposed rules to incorporate into a final version it hopes to quickly put together. With Hanoi also considering how Washington will receive the measures, a focus moving forward will be whether the rules include penalties for infractions.

The escalation of the Sino-American trade war spurred many manufacturers to shift output from China to Vietnam, where costs are relatively low, or establish new bases here. As Vietnam's first-half goods exports to the U.S. jumped roughly 30% on the year, concerned voices in the U.S. over illegal indirect exports from China grew louder.

The U.S. runs a major trade deficit with Vietnam. In May, the Treasury Department added the Southeast Asian country to its list of major trading partners that "merit close attention to their currency practices and macroeconomic policies."

With American imports from Vietnam still expanding, U.S. President Donald Trump has hinted that Hanoi may face penalties similar to Beijing unless it cracks down on Chinese goods being shipped through.