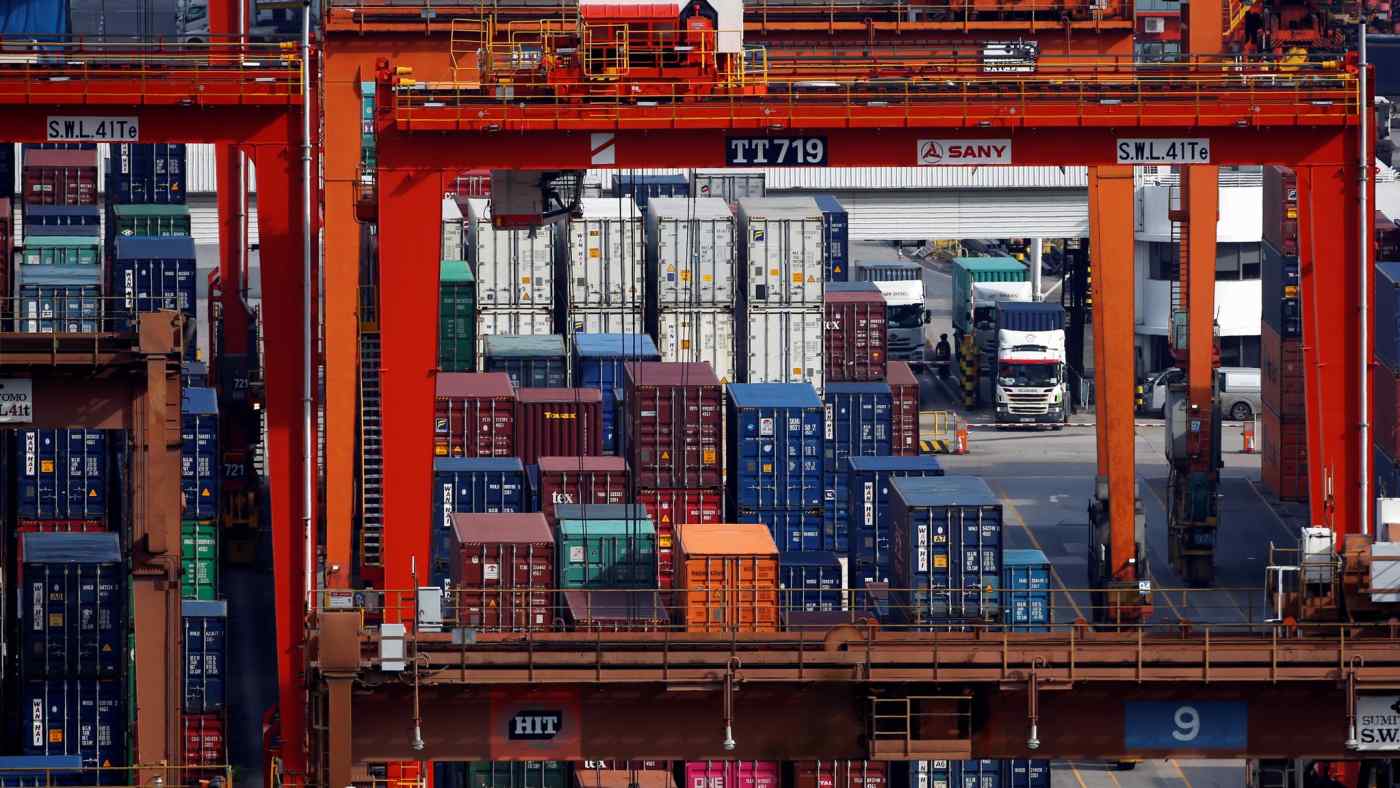 HONG KONG -- A once-obscure rule has made Hong Kong a hot spot for companies looking to mitigate damage from the U.S.-China trade war.

Under an American tariff scheme called the "first-sale rule," exporters sending merchandise to the U.S. through multiple locations will be charged duties based on the price of the initial transaction.

For instance, if a Chinese manufacturer sold an item to a Hong Kong trading company for $80, which was then sold to the U.S. for a price of $100, the duty will be $8 and not $10, supposing the tariff rate was 10%. In this way, the tariff burden would be 20% lower than if the first-sale rule was not used.

The Hong Kong Trade Development Council noted in January that use of the first-sale rule has "increased dramatically" over the past several months.

But the careful balance that has allowed Hong Kong to prosper may be in danger as Washington grows more skeptical about its autonomy.

The first-sale rule, which was recognized under U.S. law in 1988, had been little known even among traders. The European Union and other major markets have barred importers from using it amid concerns about tax avoidance, but it remains valid in America.

First sale is a perfect fit for Hong Kong. The city imposes no customs duties, and it costs less to ship goods from the mainland here than to Southeast Asian countries. Consulting firms hold seminars on the rule, and the Trade Development Council connects companies with experts on it, indicating that the rule has the government's seal of approval.

The rule is not a foolproof money saver. "A ton of documentation is needed to prove that the first price is appropriate," an official at a Japanese trading house said.

Still, as the trade war drags on with no end in sight, more companies seem to view it as worth considering as a quick way to sidestep higher tariffs.

Companies have seen value in doing business in Hong Kong since long before the trade tensions began. Its independent legal and tax frameworks under the "one country, two systems" arrangement allow for easier movement of people, goods and money than in mainland China. More than 1,300 U.S. companies have set up bases in Hong Kong to take advantage of this relative freedom.

Yet whether this state of affairs will continue has become increasingly unclear.

Meng holds a Hong Kong passport, likely because it allows visa-free travel to many more destinations than a mainland passport. Skycom Tech was registered in Hong Kong, where businesses are easier to set up and corporate tax rates are lower.

The U.S.-Hong Kong Policy Act of 1992, passed in anticipation of the territory's 1997 handover from the U.K. to China, says that Washington "should respect Hong Kong's status as a separate customs territory." Products such as semiconductors that contain sensitive technology can be shipped to Hong Kong even if they are barred from export to the mainland.

But the bipartisan U.S.-China Economic and Security Review Commission warned in a November report to Congress that Hong Kong is moving "closer to becoming more like any other Chinese city," citing Beijing's clear political influence and the erosion of democracy. It recommended reviewing the use of separate export control policies for Hong Kong and mainland China regarding technology with potential military applications.

The Office of the U.S. Trade Representative is also starting to take note of tariff avoidance via routes including Hong Kong.

The city's government worries that a change in U.S. policy would make it impossible to maintain an economy dependent on trade and finance.

French investment bank Natixis says that while it sees only a small risk of the U.S.-Hong Kong Policy Act being scrapped anytime soon, Washington could use its policy toward the territory as a bargaining chip in negotiations with Beijing.