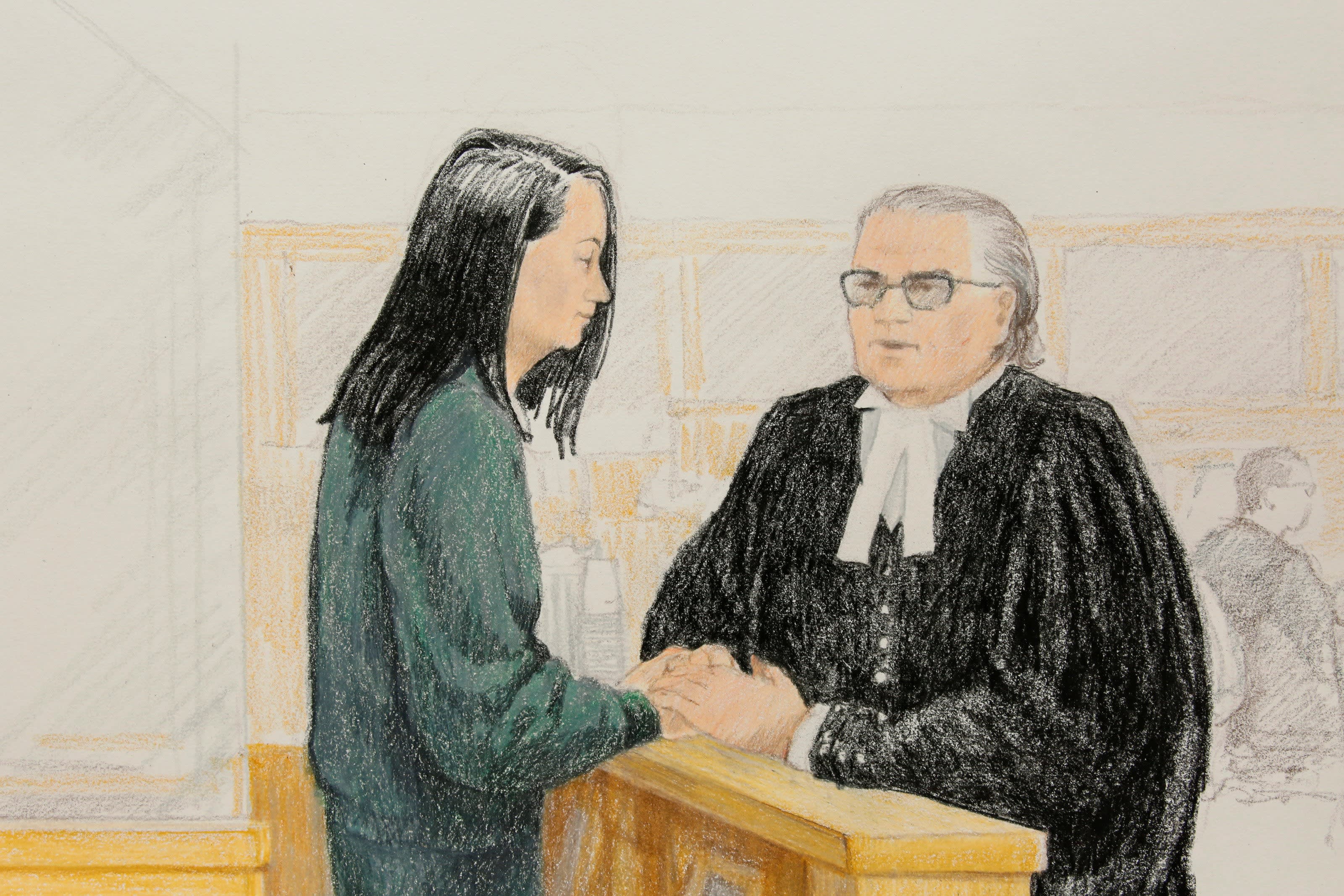 WASHINGTON -- Lawyers for detained Huawei Technologies Chief Financial Officer Meng Wanzhou on Monday offered a bail guarantee of 15 million Canadian dollars ($11.2 million) at a provincial court in Vancouver, but the court adjourned with no decision on the request.

The hearing will resume Tuesday morning.

In a packed courtroom, lawyer David Martin requested Meng's release on bail, promising that his client would wear electronic surveillance equipment, such as a GPS bracelet, around the clock and be monitored by professional security, according to Canadian media.

Martin said Meng would pay for surveillance costs herself.

The lawyer insisted that there is no flight risk and proposed that Meng live in one of her two multimillion-dollar homes in Canada. One of those homes was broken into over the weekend.

The prosecution argued that electronic surveillance devices can be compromised and opposed granting bail.

The U.S. has demanded that Ottawa extradite her in accordance with its obligations under a bilateral treaty.

Meng, the daughter of Huawei founder Ren Zhengfei, was arrested Dec. 1 in connection with a U.S. investigation into alleged violations of sanctions against Iran by the Chinese telecommunications equipment maker. The bail hearing began on Friday.

Washington alleges that Huawei sold products in Iran through a Hong Kong-based affiliate and that Meng committed fraud by falsely telling financial institutions that the two companies were unrelated.

The Canada-U.S. extradition treaty requires each country to hand over suspects charged with crimes punishable in both countries by at least one year of imprisonment. Such agreements apply if a suspect like Meng who is accused of committing fraud in the U.S. flees to a jurisdiction like Canada where the alleged conduct in question is also illegal, an American attorney said.

Huawei announced in a statement on Tuesday that the company will continue to watch the bail hearing closely.

China's criticism of both countries over the situation has grown louder and more vehement. Chinese Vice Foreign Minister Le Yucheng summoned Canada's ambassador to China on Saturday to demand Meng's immediate release, then summoned the U.S. ambassador on Sunday to lodge a forceful protest.