Huawei launches charm campaign in US

Full-page ad in newspapers: 'Don't believe everything you hear' 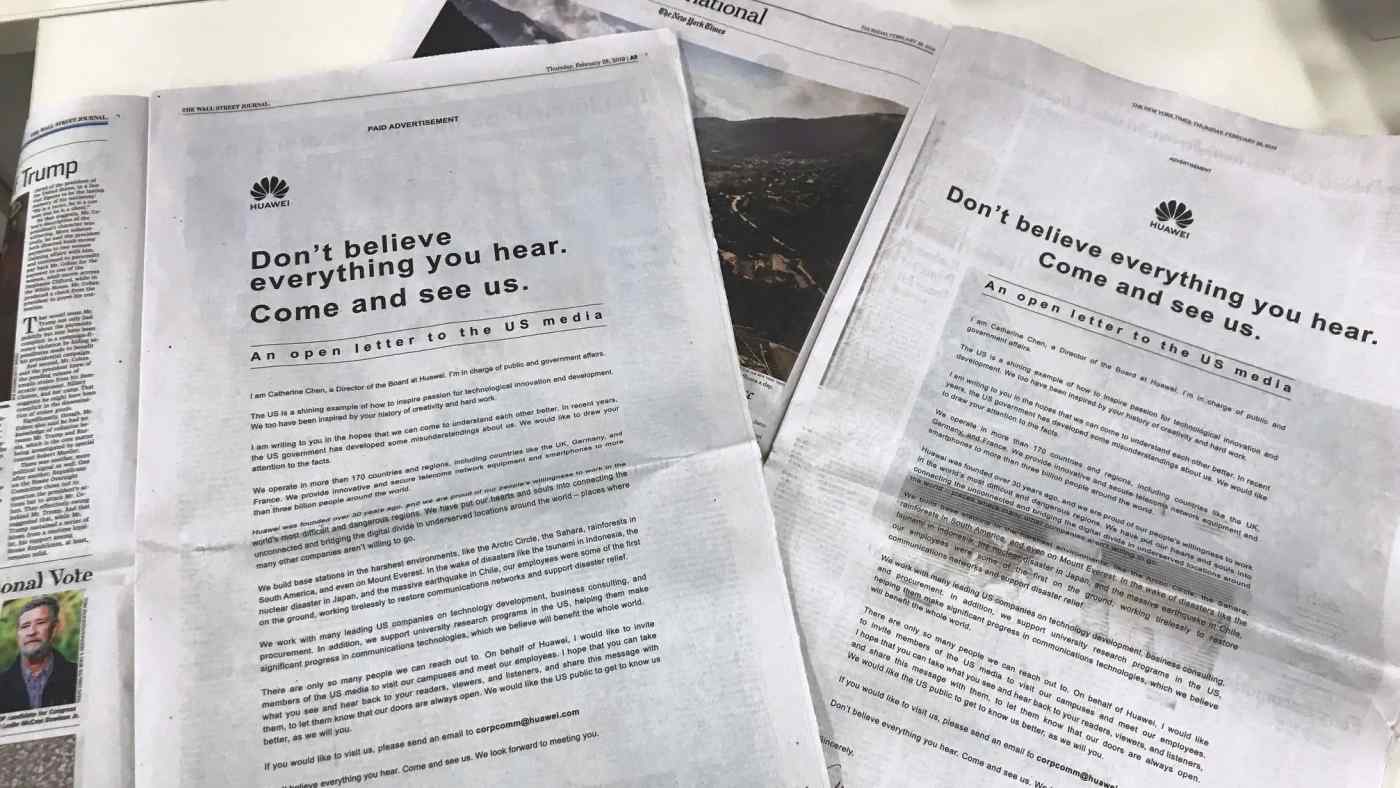 WASHINGTON (Reuters) -- Huawei Technologies ran a full page ad in major U.S. newspapers on Thursday urging readers not to believe "everything you hear," about the Chinese tech firm, as it defends itself against government accusations its equipment can be used to spy.

The world's largest telecommunications equipment maker, which has been charged with bank fraud related to U.S. sanctions against Iran, touted its relief efforts in disaster-torn countries like Chile and Indonesia, and its work to connect the undeserved around the world.