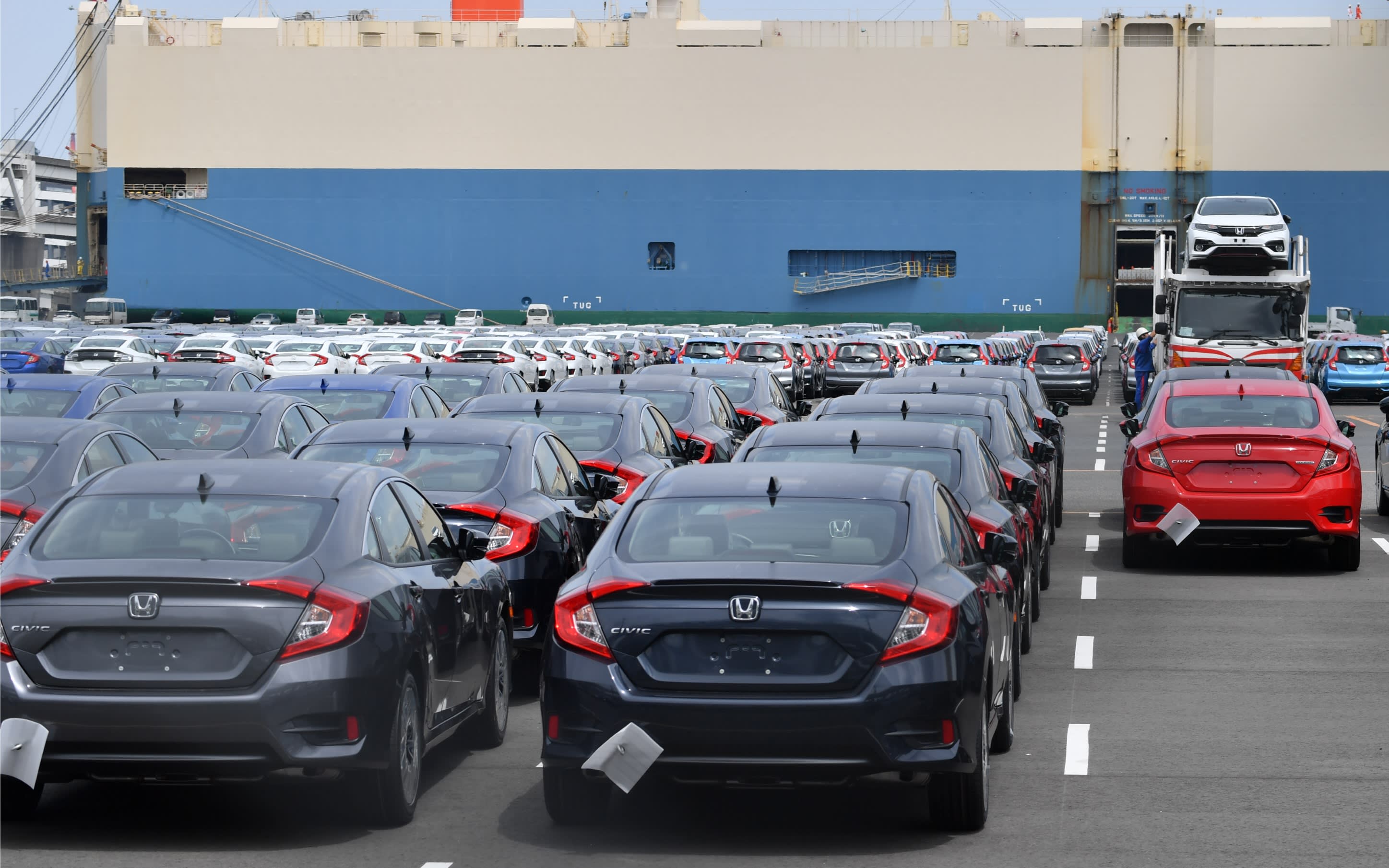 TOKYO -- As the next round of "free, fair and reciprocal" trade talks approaches, Japan intends to offer measures designed to reduce its trade surplus with the U.S. in hopes of averting automotive tariffs that would harm the Asian country's economy.

High automobile tariffs imposed by the U.S. would hit Japan the hardest, the International Monetary Fund says. The six largest Japanese automakers could lose a total of more than 2 trillion yen ($17.9 billion), equivalent to about 60% of their aggregate operating profit.

The two sides are working out the details of holding the cabinet-level negotiations later this month. Japan envisions hashing out the trade issues before direct talks between Trump and Prime Minister Shinzo Abe on the sidelines of the United Nations General Assembly in New York.

U.S. Trade Representative Robert Lighthizer is pressing for the two nations to begin talks on cutting agricultural tariffs. Abe has cited a promise to farmers that he will not open those markets beyond the terms reached in the Trans-Pacific Partnership trade pact, from which the U.S. withdrew soon after Trump took office.

Yet this suggests Tokyo could accept reducing tariffs to those levels. For example, cutting the 38.5% duty on American beef to the 9% rate applied in the TPP would let U.S. ranchers compete on a level playing field with Australia and Canada.

But matching the TPP's terms may not satisfy Trump, who has said he can get better deals for the U.S. through bilateral negotiations than what the regional trade agreement offered. A proposal carrying additional concessions has surfaced in Tokyo, calling for Japan to buy more American defense equipment and liquefied natural gas while automakers expand U.S. production.

Japanese companies will buy 10 million tons of American LNG annually through long-term contracts from next year on, nearly 10 times the 2017 total, Japan's trade ministry says. Though some of this LNG may go to other markets, sending all of it to Japan would increase the country's imports by almost 500 billion yen.

But both sets of purchases combined would add at most about 1 trillion yen to Japan's imports -- a fraction of the roughly 7 trillion yen trade surplus with the U.S.

Japan shipped about 5.34 trillion yen worth of vehicles and autoparts to the U.S. last year, accounting for nearly 40% of the trade imbalance. Japanese carmakers exported 1.74 million autos to America directly from Japan and a total of 3.3 million from all countries outside the U.S., including Mexico and Canada.

If Trump and Abe cannot at least agree on a direction for negotiations when they meet, an additional 25% tariff on autos and parts exported from Japan to the U.S. will look more likely, a worried Japanese government insider said.

In a Sept. 6 phone call with a Wall Street Journal columnist, Trump touted his positive relationship with Japan's leadership, but went on to say, "Of course, that will end as soon as I tell them how much they have to pay."