Japan rings in the year of mega free trade 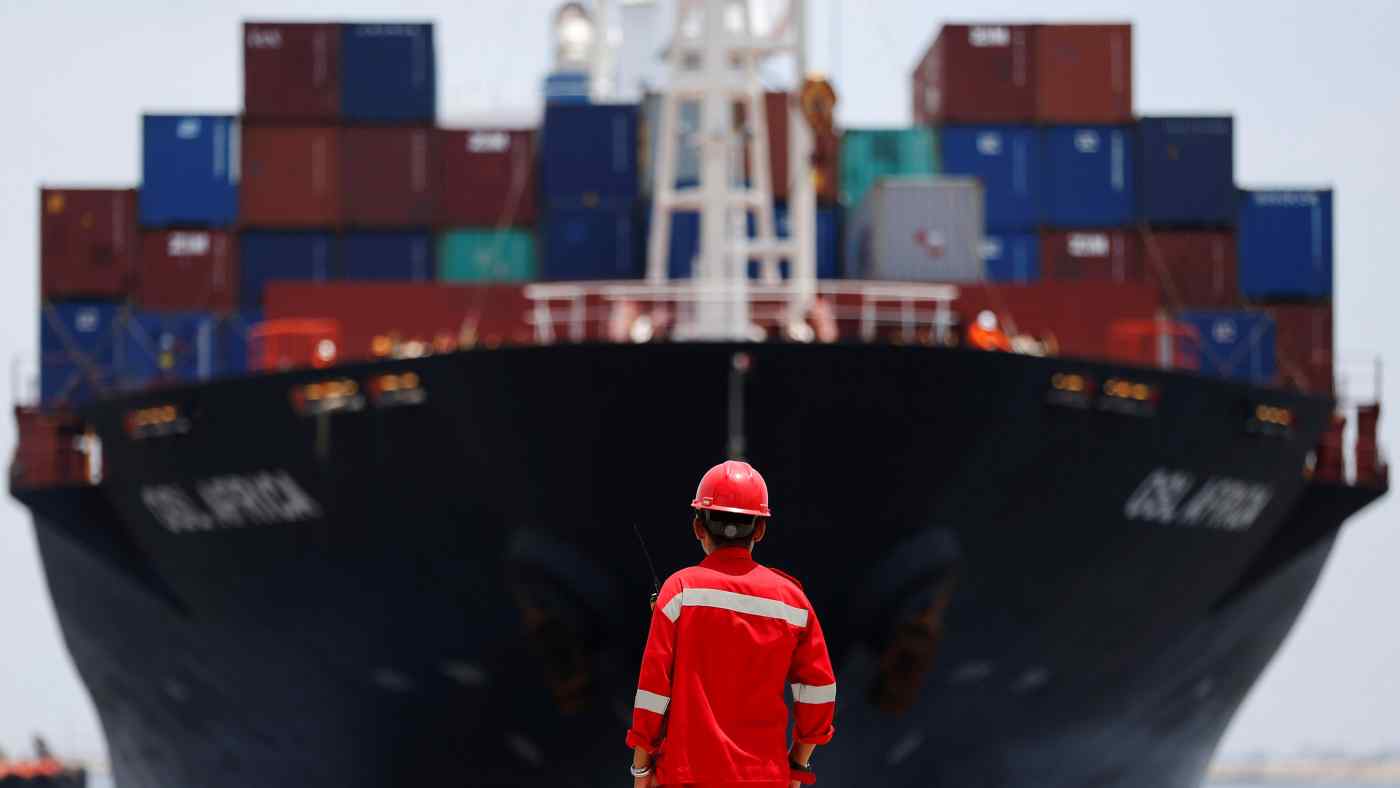 TOKYO -- The Dec. 30 implementation of the 11-member Trans-Pacific Partnership trade pact ushers in a new era with nearly 40% of global gross domestic product under multilateral free trade agreements, standing in sharp contrast to the trade war in which America and China are mired.

The so-called TPP-11 will virtually eliminate tariffs eventually throughout the Pacific Rim community. For member nations, all Japanese tariffs on industrial goods will be eliminated, as will 82.3% of tariffs on farm, forestry and fishery products.

Separately, an economic partnership agreement between Japan and the European Union takes effect in February. It will abolish tariffs on 94% of Japanese goods and 99% of EU products.

Japan will enjoy a huge windfall. Tariffs on Japanese exports to Canada, Australia and three other countries would decrease by about $2 billion in the first year alone, estimates Toshiki Takahashi, chief economist at the Tokyo-based Institute for International Trade and Investment.

Japanese tariffs on imports will drop by about $1 billion that year. And the country's corporations are moving into position to take advantage.

The 38.5% tariff on beef imports from Australia and New Zealand will gradually fall until hitting 9% in year 16. So Aeon unit Aeon Retail lowered prices on select, popular varieties of Tasmanian beef in early December.

Suntory Wine International is cutting prices on imported wine thanks to the EPA between the EU and Japan. Starting with shipments on Feb. 1, the day the pact comes into force, 69 categories of wine will receive discounts of about 1% to 11%.

Trading house Itochu spent about 5 billion yen ($45 million) lifting its stake in Vietnamese textile maker Vinatex, becoming the largest shareholder next to the Vietnamese government. Itochu intends to capitalize on the TPP's impact to clothing exports.

A 10,000 yen coat headed for Canada would have the nearly 20% tariff reduced to zero. The room for discounts and the potential profit margin would boost the competitiveness of the business. Itochu plans to expand exports from Vietnam by 50% to 100 billion yen by 2021.

Meanwhile, TPP nonmembers China and the U.S. will be left out in the cold.

After Japan entered into an EPA with Chile in 2007, Chilean wine gained a price advantage and in 2015 beat out French wine as Japan's most popular by import volume. Back in 2007, imports of American wine and Chilean wine both hovered around 10,000 kiloliters. In 2017, imports from Chile were eight times as high those from the U.S.

When Japan's free trade sphere grows even larger, such other U.S. products as beef will start to lose appeal. In other TPP nations, American autos and auto components will lose their competitive advantage.

China is also losing out. In the textile sector, not only garment factories but also production sites for such inputs as cloth and thread are migrating from there to Vietnam and other TPP partners, where producers would qualify for lower tariffs.

The U.S. originally took the lead in creating the TPP, partly to contain the influence of China's state capitalism. Had Washington stayed, the Pacific trade agreement would have covered 60% of global GDP. The megapact would have put pressure on Chinese trade practices labeled unfair by the West and Japan, experts argue.

But President Donald Trump pulled the U.S. out of the then-unratified TPP shortly after taking office, nearly sinking the deal. But with Japan taking the lead, the remaining 11 members salvaged it as the Comprehensive and Progressive Agreement for Trans-Pacific Partnership.

Thailand, Indonesia and the U.K. are considering joining the new TPP. Once the pact is seen as boosting economic growth, it is possible more nations will clamor to participate.

Japan signed its first bilateral EPA with Singapore in 2002, and Tokyo has not looked back since. The TPP-11 and the EPA with the EU will boost its GDP by 7.8 trillion yen and 5.2 trillion yen, according to government estimates. The deals represent a "new growth engine for Japan," says Toshimitsu Motegi, minister in charge of economic revitalization.

Tokyo considers the multilateral deals significant in terms of upcoming negotiations with Washington toward a bilateral trade agreement on goods, with formal talks set to begin in January. Japanese negotiators plan to limit concessions on agricultural tariffs to levels previously agreed to within the context of the TPP and the EU accord. Tokyo expects that the red line, along with U.S. fears of losing out, will lead to an early resolution.

The rising tide of protectionism is weighing on the global economy. Takahide Kiuchi, executive economist at the Nomura Research Institute, believes that Washington may eventually see the light.

"The implementation of the TPP-11 and the addition of new members will act as a bulwark against protectionism," Kiuchi said. "It could also be the fulcrum for bringing the U.S. back to free trade."