US tariffs or quotas mean 'life or death' for competitiveness, parts maker says 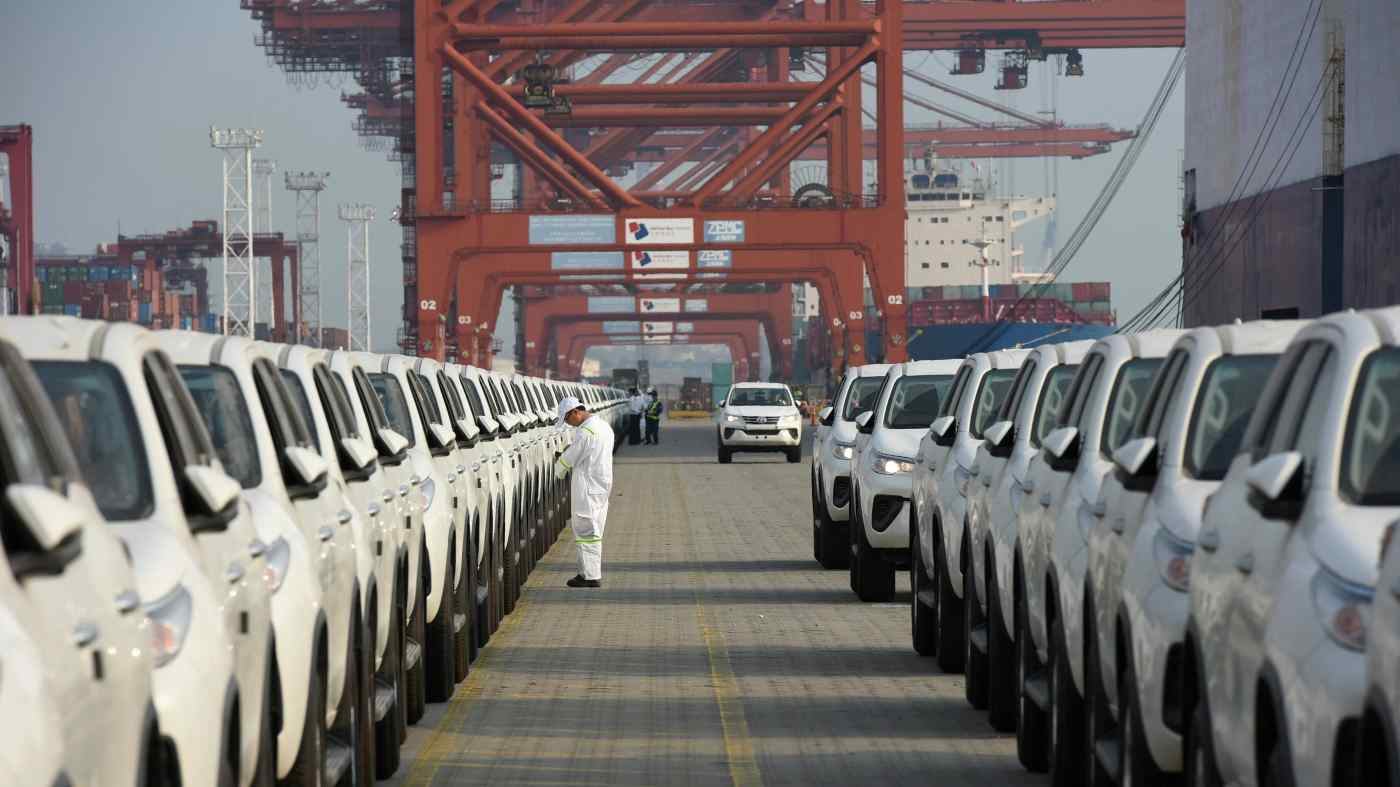 "I'm relieved that the U.S. is not raising tariffs for now," an executive at a Japanese automaker said Monday.

But uncertainty lingers over whether the Trump administration's willingness to hold off will last.

Trump said Monday that his administration was "not at this moment" considering additional tariffs for Japanese autos on national security grounds.

"It's something I could do at a later date if I wanted to, but we're not looking at that," he said.

An executive at auto parts maker Sanoh Industrial said that "it will be a life-or-death matter if the U.S. caps the number of vehicles it takes in."

"Japanese automakers are plenty competitive even with a 2.5% tariff, but having a quota on top of that would make things hard," said Takeo Kitamura, CEO of logistics provider Zero, which transports finished vehicles.

Toyota Motor and other automakers declined to comment on the record before Tokyo announced the trade breakthrough. But the overarching sentiment in the industry has been relief.

The U.S. Commerce Department launched a national security investigation into automobile and auto parts imports in May 2018 at the behest of Trump, who reportedly wanted to impose a 25% tariff.

This fueled deep concern in Japan's auto industry, since the U.S. is its biggest export market. Japan exported 5.5 trillion yen ($51.9 billion) in motor vehicles and their parts there in 2018, to account for 35% of all Japanese goods exports to the U.S. by value, Ministry of Finance data shows.

Japan wants the U.S. to scrap its current 2.5% tariff on Japanese passenger cars, and negotiations continue. But "we were never expecting that to happen," an auto executive said.

Washington could instead remove tariffs on some of the roughly 400 categories of auto parts exported by Japan. "This is good news for protecting Japanese jobs," said an executive at Kasai Kogyo, which sells car interior parts to the U.S.

Reaction in the food industry was mixed as well. Japan agreed to gradually lower tariffs on American beef and other agricultural products to levels specified in the Trans-Pacific Partnership, a regional trade agreement the U.S. quit under Trump.

Purchases of American corn by the Japanese private sector also formed part of Sunday's agreement. Trading house Marubeni owns U.S. grain merchant Gavilon and is expected to benefit from increased Japanese imports. But the company said that it was not informed of the agreement in advance and that it was still confirming details.