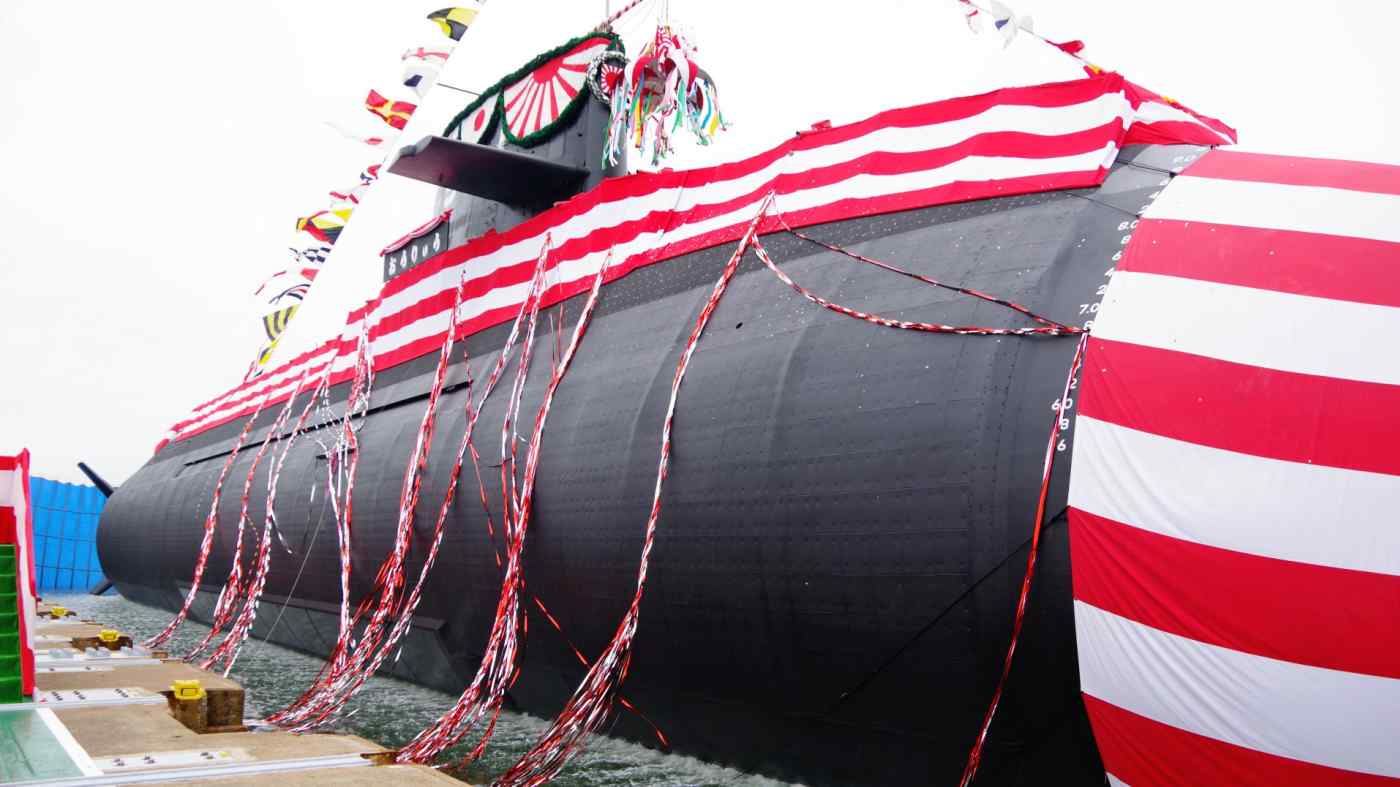 The 84-meter Oryu was lowered into the water at the Kobe shipyard of Mitsubishi Heavy Industries, the vessel's developer, after being christened with a bottle of sake. The submarine can reach speeds of roughly 20 knots and displaces 2,950 tons. It will be delivered to the Japan Maritime Self-Defense Force in March 2020.