MacBook maker says moving out of China 'no cheaper' than tariffs 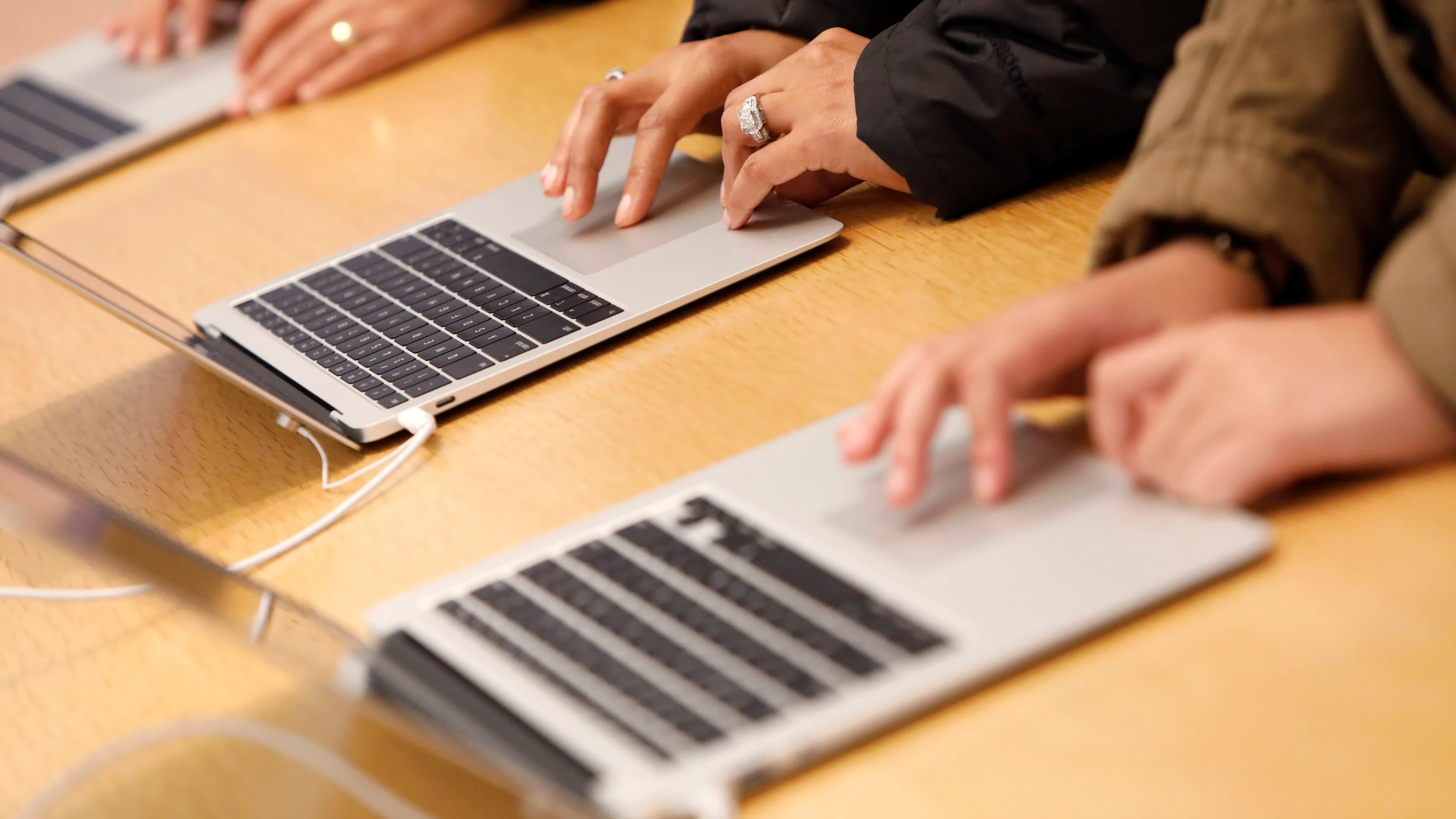 TAOYUAN, Taiwan -- Key MacBook and Apple Watch maker Quanta Computer on Tuesday warned that the logistical costs of shifting consumer electronics production out of China could prove as expensive as the tariffs themselves.

The warning comes as the U.S. prepares to impose tariffs of up to 25% on $300 billion worth of Chinese imports, covering more than 3,800 items, including consumer electronics such as laptops, smartphones and wearable devices that until now had been spared from the trade conflict.

"It is not just about moving equipment from here to there," Quanta Vice Chairman C.C. Leung said at a press conference ahead of an earnings call. "You need to have a cluster of supply chains in place, otherwise the logistics may not be any cheaper than the tariffs."

Quanta is the largest laptop maker in the world, supplying not only Apple but also HP, Dell and others. It is also a major builder of data center servers for Facebook, Google, Microsoft and Amazon and Twitter. Quanta says it is expanding server production in the U.S. and Taiwan, where it already has sites, to counter the escalating trade war, but that consumer electronics production presents greater challenges.

Washington's latest move follows the shock announcement last Friday that the U.S. was increasing tariffs from 10% to 25% on some $200 billion worth of Chinese imports, including server-related products, another key revenue earner for Quanta. Beijing responded on Monday by saying it will levy tariffs of between 5% and 25% on $60 billion of U.S. goods starting in June.

The planned tariffs on the remaining Chinese imports pose a threat to tech manufacturers as a whole, as their margins are already razor-thin. Most suppliers are hoping that their clients -- such as Apple, HP and Google -- will be able to absorb the additional costs if production cannot be shifted out of China before the latest tariffs take effect.

"Look at our Q1 net profit margin, it's only 1.4%. Compared that with the 25% tariff. There is little we could do to help [absorb cost]," Quanta Chairman Larry Bam said on Tuesday.

"The latest development came too suddenly for all of us," Leung said of Washington's plan to impose tariffs on all Chinese imports. The vice chairman said he had been in meetings with most of the company's clients since Saturday.

The Taiwanese company said it had already shifted production of most of its servers bound for the U.S. out of China prior to the 25% tariff hike implemented last Friday. Before the trade war, Quanta already had two server assembly facilities in Nashville, Tennessee, and Fremont, California, as well as production facilities in northern Taiwan.

"We continue to expand our [server] production in the U.S., and our customers are very happy about that," Lam said. "For servers, the U.S. already has a sufficient supply chain, with supplies of central processor units and memory chips nearby."

Further expansion in the U.S., however, is unlikely, he added.

"I would very much love to build another plant in the U.S. However, it's not likely to build consumer electronics over in the U.S. as it would be too expensive and there isn't sufficient supply chain support," Lam said.

A similar logic applies to production in Taiwan, Lam continued. He sees the island becoming a suitable place to build servers due to its relatively mature supply chains for those higher-value products, but not an ideal place to make consumer electronics, as their production is still quite labor intensive and requires more components to build.

Quanta spent $4.28 billion New Taiwan dollars ($140 million) last year to acquire a plant near its headquarters in the northern Taiwanese city of Taoyuan as a backup site to counter the trade friction uncertainties. The company has prepared the facility, and the site is ready to start producing a wide range of products as soon as customers give their approval, Elton Yang, chief financial officer of Quanta, said on Tuesday.

"The new site will give us some flexibility if we need to expand any kind of production to avoid being hit by the trade war," Yang said. He added that the site is better for high-value products rather than lower-cost consumer electronics, which sees massive seasonal swings in demand for labor.

Quanta did not rule out the possibility of allocating production to Southeast Asian countries, as its peers are doing -- Pegatron in Indonesia, Compal Electronics in Vietnam and Wistron in the Philippines.

"However, the supply chains would be too scattered if one [manufacturer] goes to Indonesia, while the other ones go to Vietnam or the Philippines," Leung said. "It might not be necessary to shift production away if the costs would be higher [than the tariffs]."