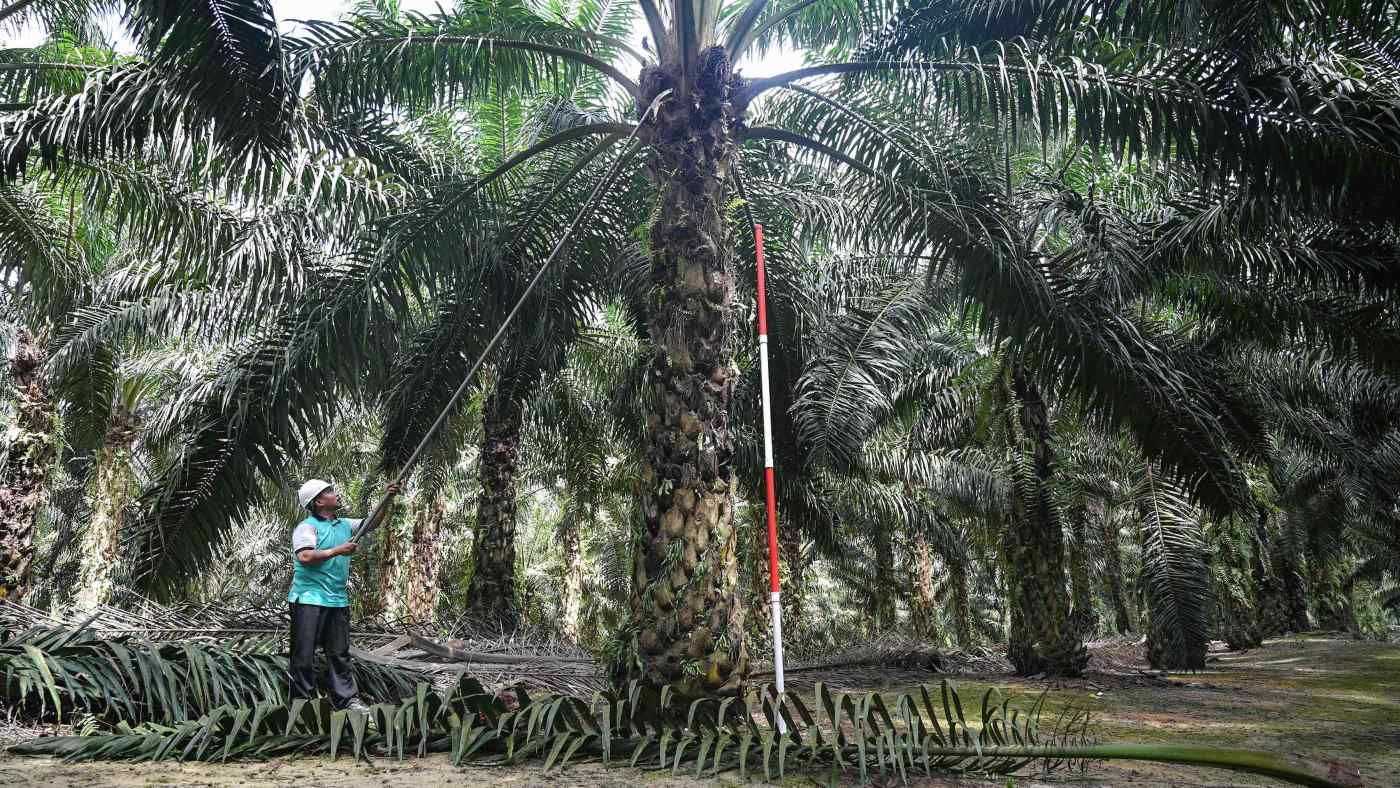 KUALA LUMPUR -- Malaysia is intensifying efforts to diversify its palm oil export destinations, as the world's second-largest exporter fears lower demand this year from India and China, the two largest importers of the local edible oil.

In India, authorities have reportedly instructed traders to limit their purchases of Malaysian palm oil, a form of retaliation against Prime Minister Mahathir Mohamad's recent criticism of Narendra Modi's government and its controversial citizenship law. The world's largest buyer of edible oil had also tweaked regulations that effectively forbids imports of refined palm oil from Malaysia.

He said the tariff war between China and the U.S. benefited palm oil-producing economies, with both Malaysia and Indonesia ramping up promotional activities in the mainland amid rising consumption and a booming food industry.

"With the signing of the 'phase one' trade deal, China will now have more access to U.S. soybean oil, which will impact Malaysian palm oil exports," Balu said at an industry forum. "Malaysia's palm oil might also have a price disadvantage if compared to Indonesia, but our selling point is the utmost quality."

Indonesia's palm oil exports to China jumped 48.7% and Malaysia's 27.6% in the first 10 months of 2019 compared with the same period a year earlier. Malaysia exported 2.49 million metric tons of palm oil to China last year, representing 25% of overall Chinese imports of the edible oil.

Malaysia's overall palm oil export volume rose 10.9% to 25.7 million tons in the January-November period of 2019 against 23.1 million tons for the same period in 2018, despite export earnings from palm oil and palm products falling to $14.5 billion from $15.4 billion in the year-earlier period.

The price of Malaysian palm oil in December recovered to 2,813 ringgit per ton from 1,879 ringgit in July.

Teresa Kok, Malaysia's primary industries minister, told reporters today that the government is actively engaging all stakeholders in India to ensure there will be no disruption in Malaysian palm oil exports to the nation of 1.3 billion people.

"I prefer not to talk much about India at the moment as it is not going to help to resolve issues," Kok said. "We are actively engaging all stakeholders via diplomatic channels, including the Indian High Commissioner to Malaysia."

Reuters reported that the Indian government has discreetly instructed Indian traders to shun Malaysian palm oil as he is miffed at Mahathir for criticizing India's actions in Kashmir and its controversial citizenship law -- which is deemed anti-Muslim and has invited violent protests in the country.

With this in mind, Kok said Malaysia is constantly exploring new export markets, including Central Asia, Africa and the Middle East. She said Kazakhstan and Uzbekistan have steadily increased their imports of Malaysian palm products and that Saudi Arabia, the United Arab Emirates, Yemen and Afghanistan hold vast potential.