Taiwan's MediaTek suspends supplies to ZTE after US ban 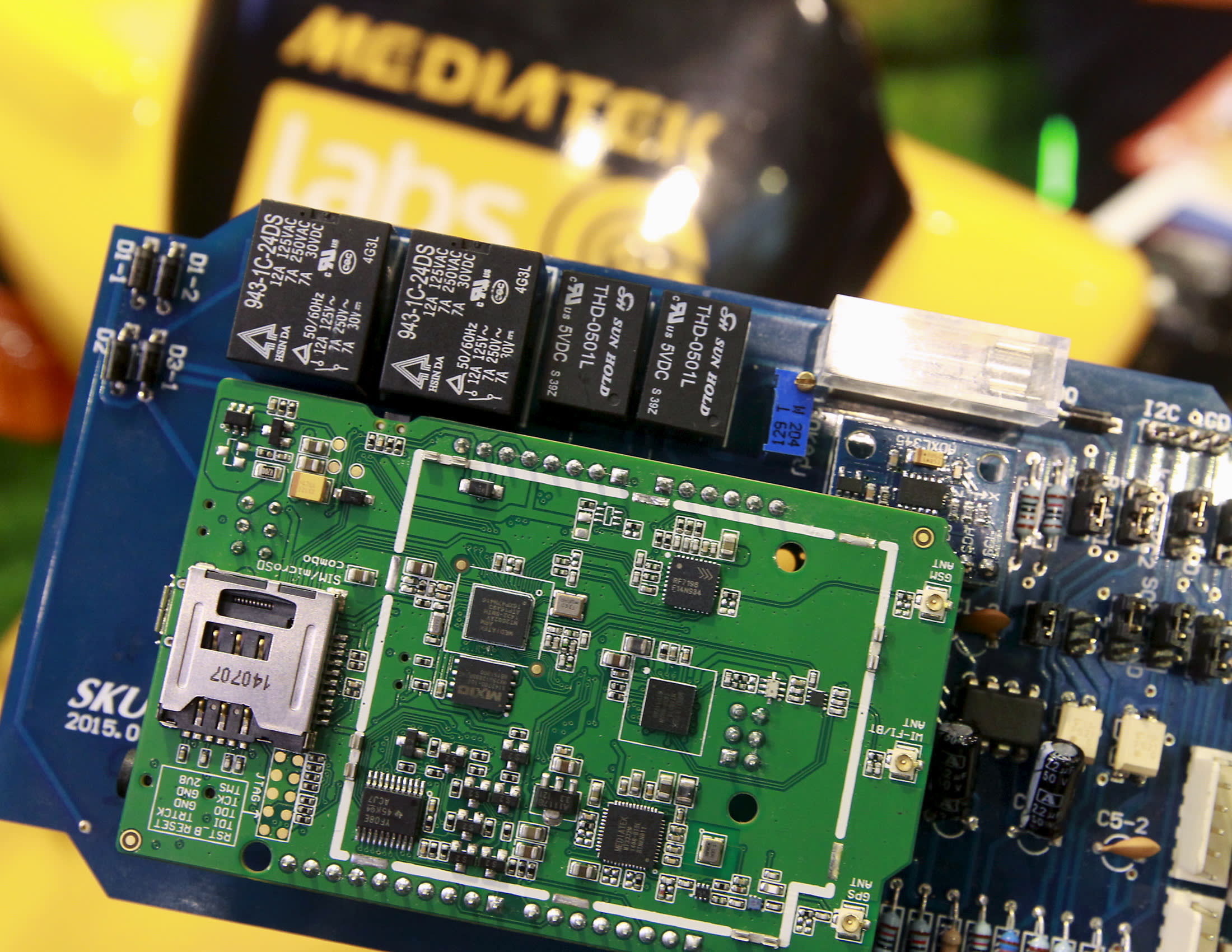 TAIPEI -- Taiwan's MediaTek, the world's No. 2 mobile chip provider, said on Friday it suspended delivery of products to ZTE, after the Taiwanese government issued an order for all the island's companies to temporarily end trading with the Chinese telecommunications equipment maker.

Tsai's comments come as many Chinese high-tech companies, such as ZTE and Huawei Technologies, are caught in the crossfire of trade tensions between Washington and Beijing.

MediaTek spokesperson David Ku told the Nikkei Asian Review that the company received a notice this week from the Bureau of Foreign Trade, under the Ministry of Economic Affairs, that all Taiwanese companies need to submit applications before shipping products or components to ZTE. Ku said MediaTek is currently preparing for all the materials required for the application and hopes to secure the approval from the government as soon as possible.

Taiwan's Bureau of Foreign Trade later confirmed the movement. It is not clear whether the island's regulators receive pressure from the U.S. to deliver the notice to Taiwanese companies.

Earlier this month, ZTE was hit with a seven-year ban on buying American components and a fine for deceiving U.S. authorities over its illegal dealings with Iran and North Korea. Huawei is reportedly under a similar investigation.

Both Huawei and ZTE are clients of MediaTek, while the Taiwanese company also supplies mobile chipsets to nearly all Chinese smartphone makers, including Lenovo Group, Oppo, Vivo and Xiaomi, in addition to Samsung Electronics of South Korea, that use the Android operation system.

ZTE would account for less than 2% of MediaTek's sales, according to an estimate from Bernstein Research.

"We received a notice from the Taiwanese government to stop supplying to ZTE for now," Tsai said on the earnings call. "We hope the [trade] dispute will be settled soon, although we currently see limited impact on our business," he said.

Amid a slowdown in the global mobile market, Hsinchu-based MediaTek sees a stronger market this year for Chinese smartphone makers, compared with their foreign rivals such as Samsung and Apple.

Many key Apple suppliers, including Taiwan Semiconductor Manufacturing Co., the sole producer of iPhone core prosessor chips, have recently warned of lackluster demand for premium phones. Samsung, meanwhile, has said its own mobile unit will see a decline in profit this year due to lackluster sales for its own phones and softer demand for the displays used in Apple's flagship iPhone X.

On Friday, MediaTek said its first quarter revenue fell more than 11% to 49.65 billion New Taiwan dollars ($1.67 billion) from a year earlier due to a loss in market share to Qualcomm, the world's top mobile chip maker and its biggest competitor, since last year and a slow start this year for the smartphone market. The company's gross margin recovered to 38.4% in the first quarter, compared with 33.5% a year earlier.

For the three months ending in June 2018, MediaTek expects to generate sales of between NT$55.6 billion and NT$59.6 billion, which would represent a 4.2% decline to a growth of 2.6% from a year earlier. The company forecasts its gross margin to be between 36.5% and 39.5%, rebounding from 35% in the year-earlier period.

Market watchers and industry executives in Taiwan said it is the intention of the U.S. to drag Chinese high-tech companies into its trade battles as part of its efforts to raise the stakes before Washington sends officials to negotiate with their Chinese counterparts in coming days.

"The U.S. is currently holding Chinese companies hostage to raise its bargaining power at the trade negotiation table," said a senior executive from a Taiwanese tech supply company. "However, the trade tensions cause high uncertainties for global enterprises and supply chains," the executive said. "If China also adopts retaliatory measures against companies like Apple, it's not clear which country would get hit more severely."

Taipei-based Lite-On Technology, which supplies camera modules to both Huawei and ZTE, said the U.S. government's moves on the two Chinese companies are expected to have an impact on its operations.

"Although the combined revenue contribution from Huawei and ZTE only accounted for approximately 5% of Lite-On's total sales, it is foreseeable as a negative factor to the supply chains," Lite-On CEO Warren Chen told an investors conference in Taipei on Friday.

Paul Peng, the chairman of Taiwan's AU Optronics, a display-panel maker that also supplies to many Chinese device makers, told investors and reporters during an earnings call on Thursday that it is difficult to predict the impact of trade tensions.

"It looks like trade frictions between U.S. and China could become exacerbated for a while," Peng said. "We are monitoring the potential impact very closely and are worried that it could eventually cause damage to the electronics market."