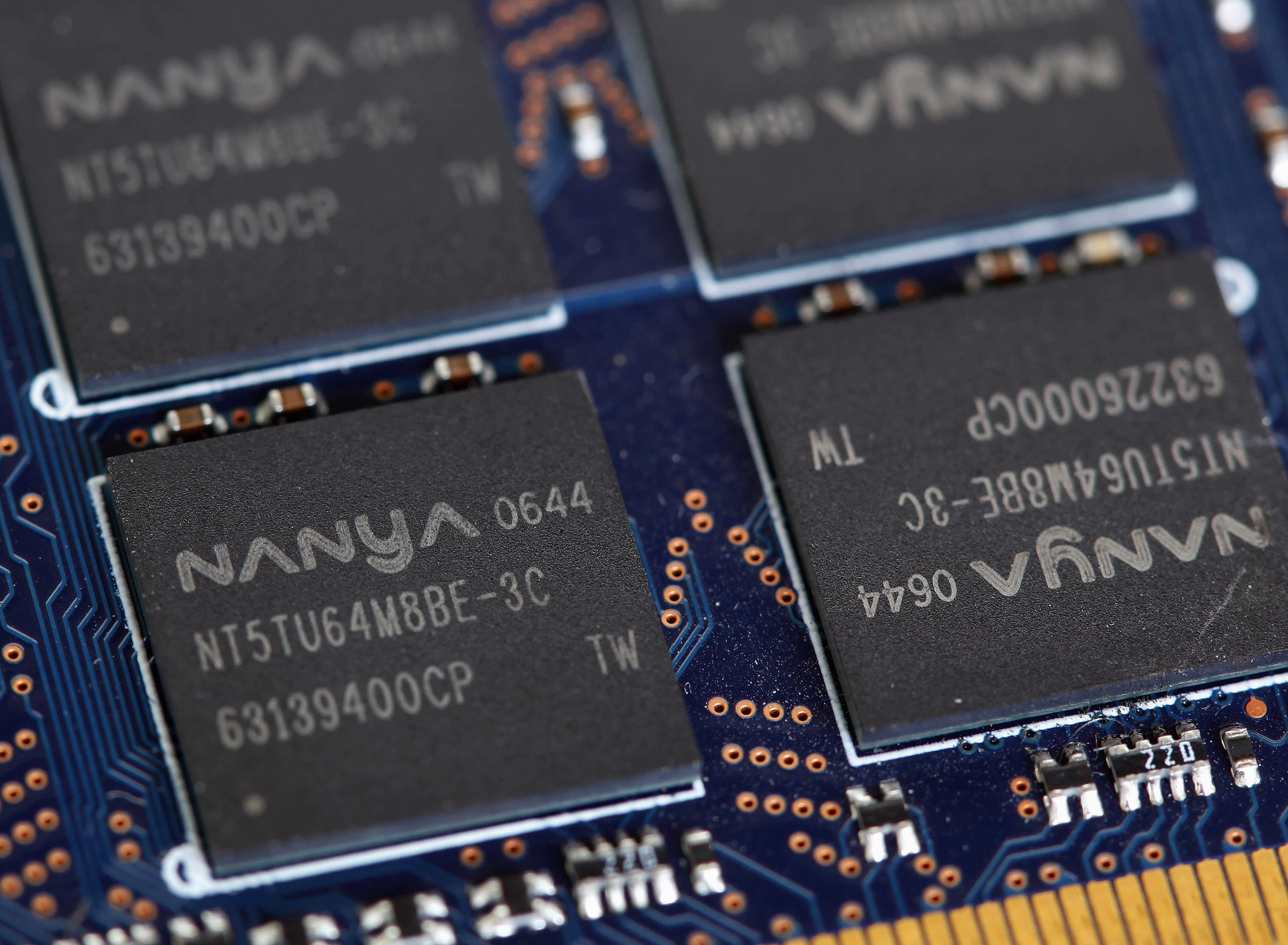 The world's fourth-largest maker of dynamic random access memory chips, after Samsung Electronics, SK Hynix and Micron, said it would cut capital expenditure to around 10 billion New Taiwan dollars ($325 million) in 2019 from NT$20.4 billion in 2018. This is the company's second cutback in spending in three months due to sluggish demand from makers of smartphones, consumer electronics and data center servers.

Nanya, a supplier to Huawei, HP, Dell, Xiaomi, Lenovo Group and Asustek Computer, was the first tech player to turn bearish on the global outlook in mid-October when it cut capital expenditure for 2018 by more than 10%, citing concerns over the trade war.

"We are quite conservative for the first half of 2019," company President Lee Pei-Ing told reporters. "We saw a sudden freeze from the demand side ... smartphone sales are not as expected, the server market is digesting inventories, and consumer electronics devices demand is falling too."

Prices for DRAM chips, which are used in almost all electronic devices, would fall by some 10% in the next three months, according to Lee, who also said he expected a continued decline in the following quarter. "It is still uncertain whether the DRAM price ... will rebound in the July-September period this year," Lee said.

The pessimistic remarks come on the back of a profit warning from Samsung earlier this month, which cited trade tensions weighing on demand for chips and smartphone sales. Micron, a supplier to Apple, also in late December provided a cautious forecast for the current quarter.

Analysts suggested there was little hope of a rally in DRAM prices.

"The DRAM price is expected to fall by 25% in 2019 due to a sluggish global economy," said Sean Yang, an analyst at market consultancy company CINNO. "Based on the current situation, [we expect a fall of ] 10% for Q1, 10% in Q2 and another 5% drop in the second half of 2019 ... However, the trade war still raises a lot of uncertainties."

Nanya, meanwhile, signaled an end to the two year semiconductor supercycle, which has seen the memory chip market expand at rates of more than 100% since 2016. The company reported its first drop in annual net income in three years, with a 2.3% decline to NT$39.36 billion for the 12 months of fiscal 2018, despite a 54.3% rise in annual revenue of NT$84.72 billion.

Net income for the October-December quarter fell by almost 64% to NT$7.95 billion from a year ago. This was its first quarterly profit slump since the July-September quarter of 2016. Revenue rose by 1.1% to NT$16.95 billion against the same quarter a year ago.