Top negotiators plan another meeting by end of August 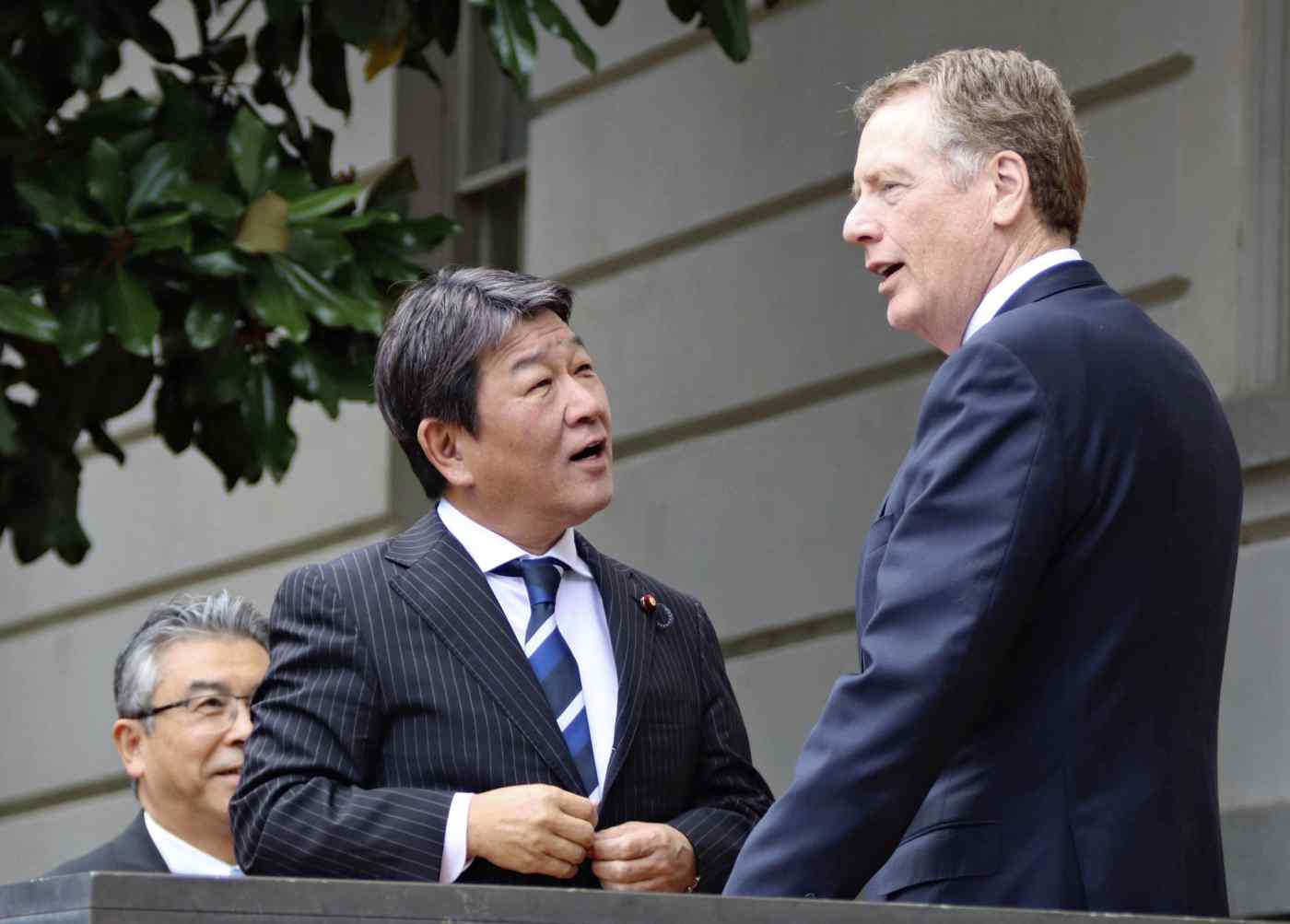 WASHINGTON -- Japan and the U.S. have made significant headway toward a bilateral trade deal in two days of cabinet-level talks, Tokyo's point man said on Aug. 2.

"We have bridged much of the rift between us," Japanese Economic and Fiscal Policy Minister Toshimitsu Motegi told reporters after meeting here with U.S. Trade Representative Robert Lighthizer. "We can see the mountaintop now."

Motegi and Lighthizer spent about two and a half hours Friday discussing tariff reductions on key products, such as automobiles and agricultural goods. "We can see what the goal looks like now," Motegi said.

The two officials are planning for another meeting this month to work toward a swift deal.

There is speculation that Japanese Prime Minister Shinzo Abe and U.S. President Donald Trump could meet on the sidelines of the Group of Seven summit toward the end of August in Biarritz, France.

Asked whether the countries could announce their progress later this month, Motegi said that "I don't know yet, but negotiations are definitely moving forward."