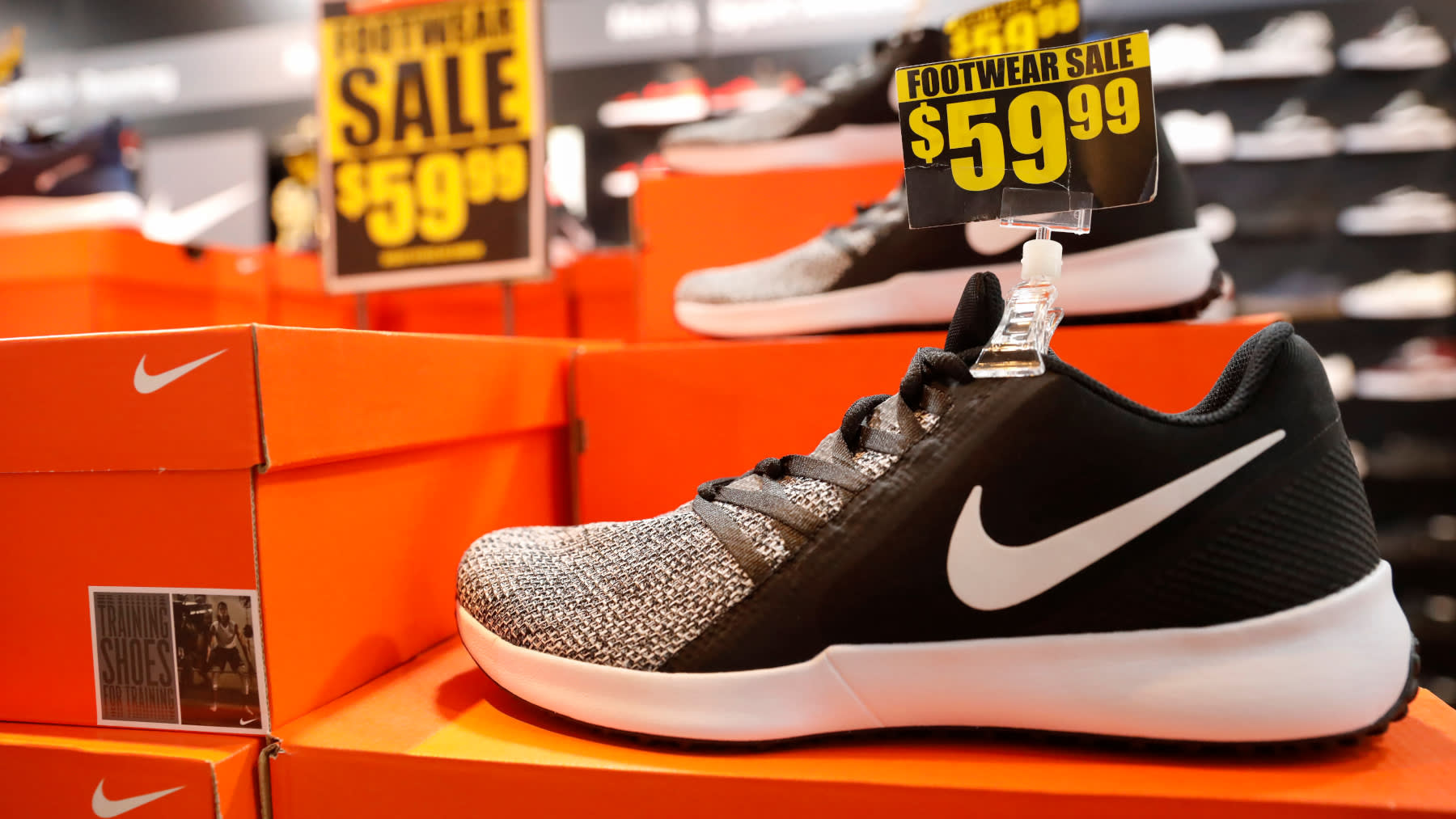 Nike shoes are seen on display in New York. A group of footwear makers said Monday that American consumers will be footing the bill for additional tariffs on China exports.   © Reuters

NEW YORK -- A group of 170 footwear makers and retailers, including Nike, Adidas, Clarks, Crocs, Reebok, and Skechers, jointly sent an open letter Monday to U.S. President Donald Trump calling on him to remove footwear from the proposed next round of tariffs on $300 billion of Chinese exports.

The proposed additional tariff of 25% on footwear "would be catastrophic for our consumers, our companies, and the American economy as a whole," the companies said.

"As leading American footwear companies, brands and retailers, with hundreds of thousands of employees across the U.S., we write to ask that you immediately remove footwear," from the latest list, they said.

"There should be no misunderstanding that U.S. consumers pay for tariffs on products that are imported," it said, calling it "unavoidable" that as prices go up at the border because of transportation costs, labor rate increases, or additional duties, "the consumer pays more for the product."

The companies said that the industry's trade association, the Footwear Distributors & Retailers of America, found that the proposed actions will add $7 billion in additional costs for customers, every year.

The companies also said shifting production sites out of China to avoid the tariffs would take "years of planning" and would not be an immediate solution.

"Your proposal to add tariffs on all imports from China is asking the American consumer to foot the bill. It is time to bring this trade war to an end," the letter concluded.