Move may induce other companies to also reduce expenditures 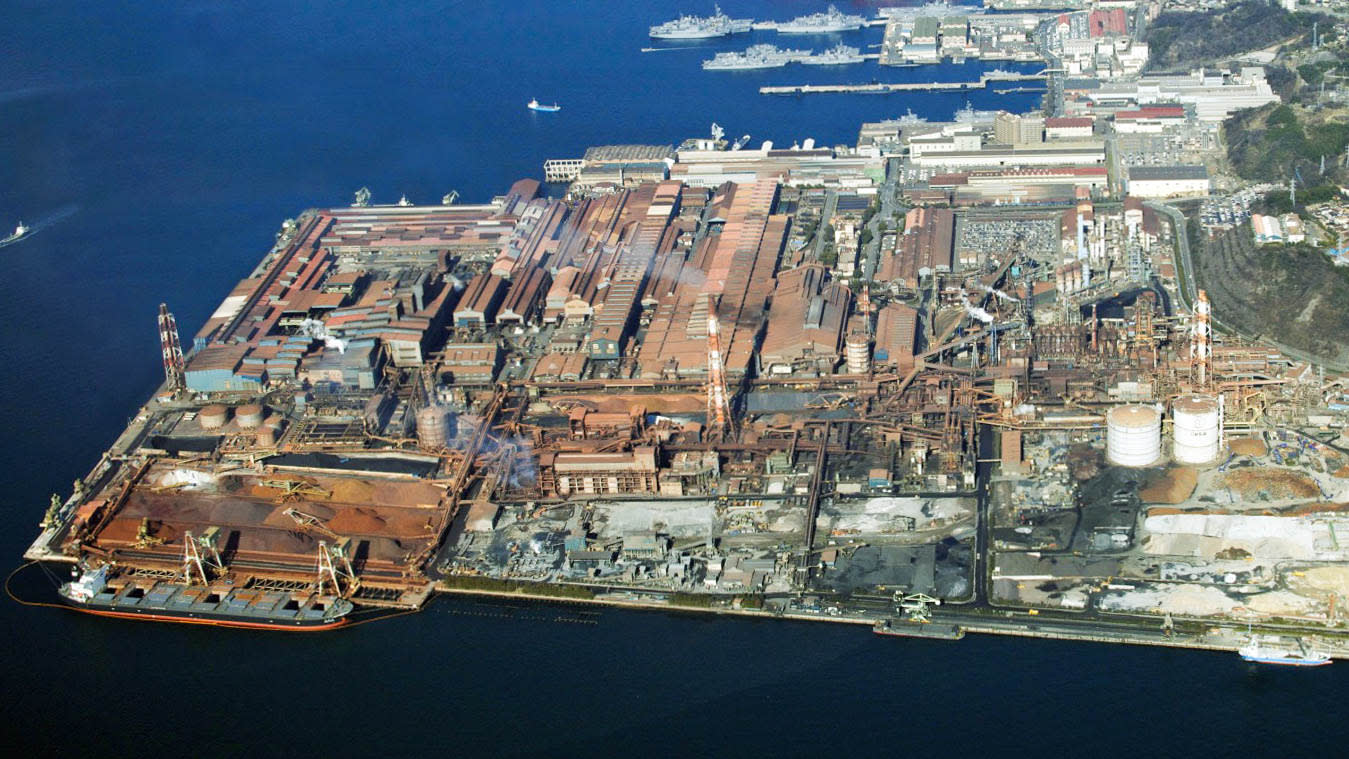 Nippon Steel will postpone a planned blast furnace upgrade at its subsidiary's plant in Hiroshima Prefecture.

TOKYO -- Nippon Steel plans a 10% cut in its planned capital spending of 1.7 trillion yen ($16 billion) for three years through fiscal 2020, as the steel market slumps due to increased Chinese production and fallout from the U.S.-China trade war.

The cut by the Japanese steelmaker may see more businesses in a wide range of industries follow suit amid an increasingly uncertain business environment.

Japan's import of carbon steel from China totaled about 344,500 tons in six months to June, up 45% year on year. Reflecting the supply glut, prices for hot rolled coils -- a key steel-sheet product in the East Asian export market -- dropped 13% from October 2018 to the current price of $555 per ton. This is down 3% from the most recent peak reached in spring.

Amid the current headwinds, Nippon Steel expects its business profit to fall 55% from a year ago to 150 billion yen in fiscal 2019.

The current three-year capital spending target through fiscal 2020 will be reduced about 170 billion yen. The manufacturer spent about 440 billion yen in fiscal 2018.

One of the major effects of the spending cut will be the postponement of a planned upgrade to a blast furnace at the Kure plant of its subsidiary Nippon Steel Nisshin in Hiroshima Prefecture, with the upgrade being pushed back two years.

The subsidiary had planned to spend about 40 billion yen to upgrade one of its two blast furnaces and suspend operations at the remaining one.