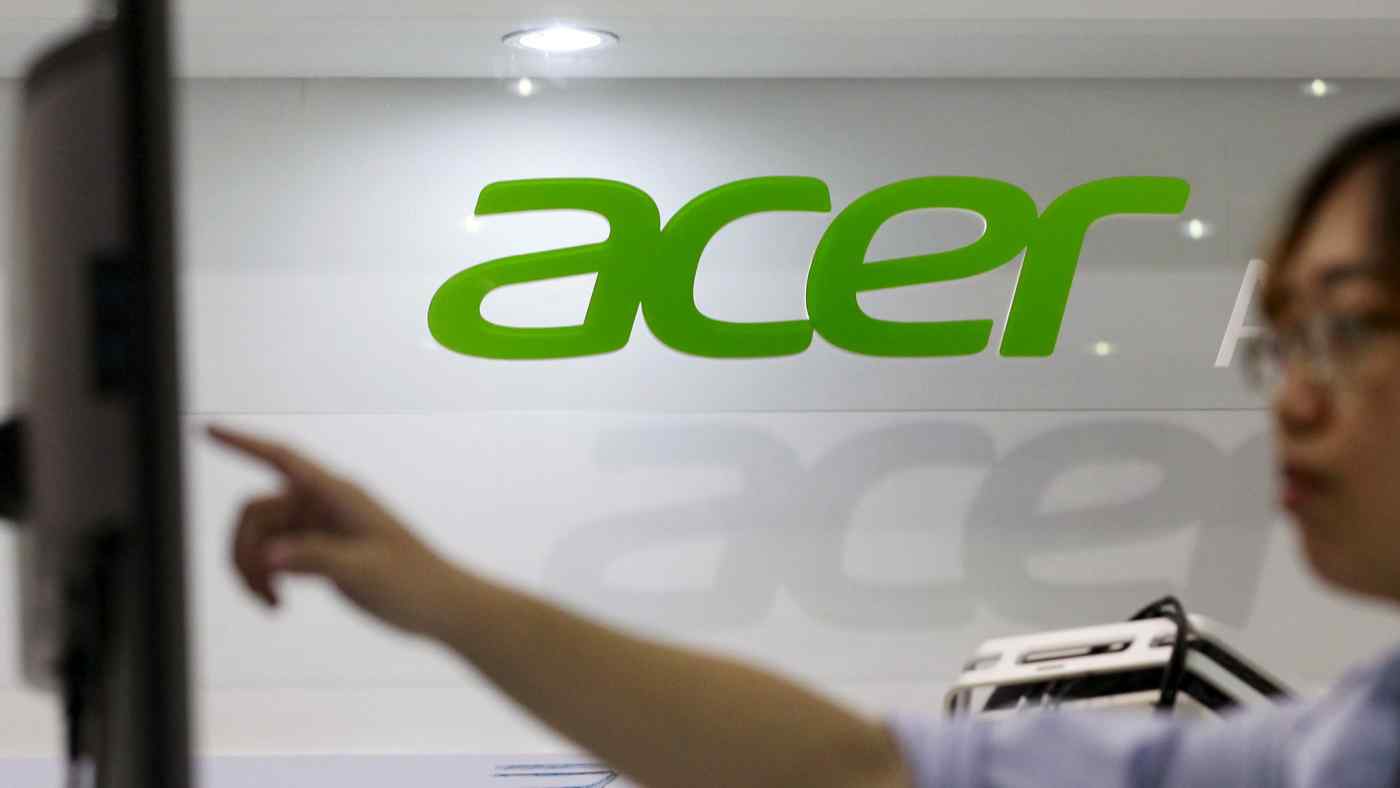 TAIPEI -- Personal computer makers are weighing price increases for desktop models in the U.S. market next year after Washington increased tariffs on $200 billion worth of Chinese imports.

Raising prices "is inevitable for all of us," he said.

Shih was speaking on the sidelines of the Nikkei Asian Review Taipei Forum.

"U.S. consumers have to pay more than the others," the 73-year-old added. "This is their [Washington's] own decision."

Shih, who founded Acer in 1976, is considered the father of Taiwan's PC industry.

Acer, the world's No. 4 PC maker, has already raised U.S. prices for desktop computers, charging American distributors and retailers 10% more. The move came after the Trump administration in September slapped 10% tariffs on $200 billion worth of Chinese goods.

Asustek Computer, Dell and Hewlett-Packard have also adjusted their desktop prices in the U.S. market.

Shih, who remains a board director at Acer and an independent board director at Taiwan Semiconductor Manufacturing Co., said Acer next year will increase prices by another 15% to offset the soon-to-be-imposed 25% tariff rate. Other PC companies are also likely to lift prices, he said, adding that U.S. demand will react in a predictable manner. The Lenovo Group, HP, Dell, Acer, Apple and Asustek -- the world's top six PC makers -- all have manufacturing hubs in China. With trade talks at a standstill, Washington in the past few months has applied tariffs on Chinese goods worth $250 billion, doing so gradually over three rounds. The goods subject to these tariffs include desktop computers as well as parts and accessories like motherboards, graphic cards, adapters and mice.

Although the tariffs have not touched notebook computers -- which account for the bulk of global PC sales -- U.S. President Donald Trump has said several times that he is ready to levy tariffs on all remaining Chinese imports if talks between Washington and Beijing continue to flounder.

The trade war has dealt a blow to a PC industry whose sales have fallen for six consecutive years due to the rise of smartphones and tablets.

The industry appeared to be arresting its fall earlier this year. In the first quarter, shipments halted their decline. In the next quarter, sales grew, thanks to steady demand for commercial and gaming PCs.

But global shipments dropped in the July-to-September period, according to the latest statistics from research house IDC.

The trade war is forcing PC makers to accelerate moves into other lines and prompting contract manufacturers to move some production out of China to existing factories in Taiwan, Mexico, Brazil, the Czech Republic and Southeast Asia, Shih said.

"I personally do not agree with the rising protectionism," he said. "It's actually against the balance of interests for society and the technology ecosystem."

But while the hegemonic powers are engaging in economic fisticuffs, Japan, Europe, Taiwan and Southeast Asia should form alliances, Shih said, thinking out loud about a counterweight to the G-2, a concept that China's Xi Jinping in 2012 proposed to Barack Obama, then the U.S. president.

Although the proposal went nowhere, the rest of the world took note of China's rise on the geopolitical stage.

Now there is talk of sidestepping the "great powers."

"For instance," Shih said, "Japan [and] Taiwan could partner and collaborate in the fields of automotive electronic vehicles and digital health care to seek new trade opportunities."

Narumitsu Yoshioka, managing executive officer and head of the East Asia Division at Sumitomo Mitsui Banking Corp., also suggested that a closer partnership between Japan and Taiwan would help their economies navigate the U.S.-China trade war and its repercussions. Yoshioka made the proposal during his speech at the forum.

Rex Chuang, vice president of Nanya Technology, the world's No. 4 maker of DRAM, after Samsung, SK Hynix and Micron, told the audience that Japan and Taiwan's tech industry will share some of the same problems going forward. "Technology is getting more difficult," he said, "and it will need a lot of investments. ... We need more collaboration in the [microchip] industry to overcome the challenges ahead.

"Taiwan is good at [chip] design, contract manufacturing as well as packaging and testing, while Japan is good at [semiconductor] materials, equipment and memory chips. ... [These strengths] are complementary."