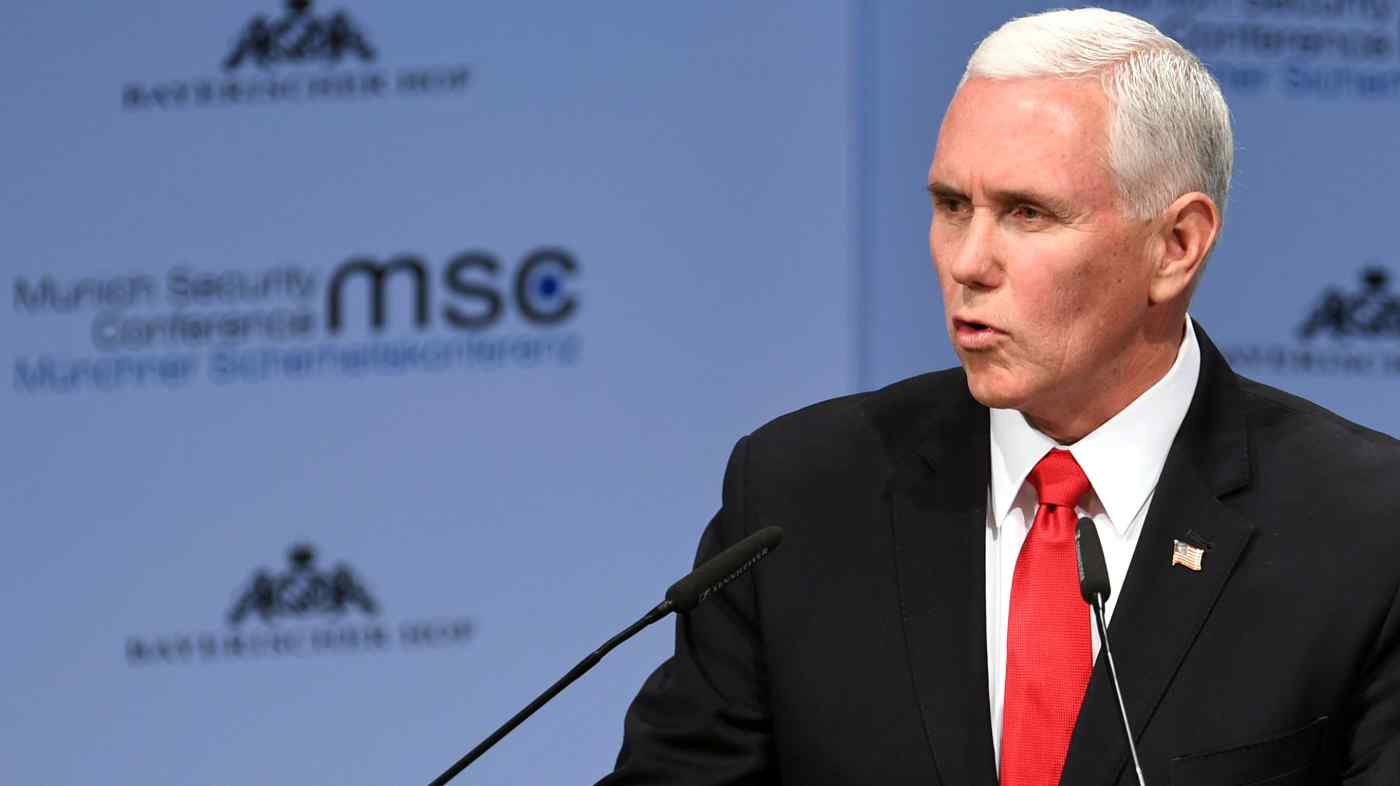 "Chinese law requires them to provide Beijing's vast security apparatus with access to any data that touches their networks or equipment," Pence said during a speech at the annual Munich Security Conference.

"We must protect our critical telecom infrastructure, and the United States is calling on all our security partners to be vigilant and to reject any enterprise that would compromise the integrity of our communications technology or national security systems," he added.

Washington suspects that Huawei is involved in espionage. Pence emphasized the risks linked to equipment made by Huawei and other Chinese telecom manufacturers, saying those companies must be shunned due to national security concerns.

The rhetoric took on a sharper tone from the vice president's praise of Poland on Wednesday for "protecting the telecoms sector from China." Poland arrested a Chinese employee of Huawei last month on allegations of spying.

During Saturday's speech, Pence reiterated the Trump administration's commitment to securing peace through strength, which leans on a heavy buildup in the U.S. military budget. He cited plans to bolster the nuclear arsenal and develop advanced ballistic missile shields.

Pence noted the upcoming summit between President Donald Trump and North Korean leader Kim Jong Un, scheduled for the end of the month. He vowed that the U.S. would not repeat the mistakes of letting the regime break denuclearization promises.

The vice president also said Russia is being held "accountable" for seizing the Crimea peninsula from Ukraine in 2014.

Pence called on members of NATO to chip in more military funding. Representatives from many of these countries were attending the security forum.

"The truth is many of our NATO allies need to do more," Pence said.