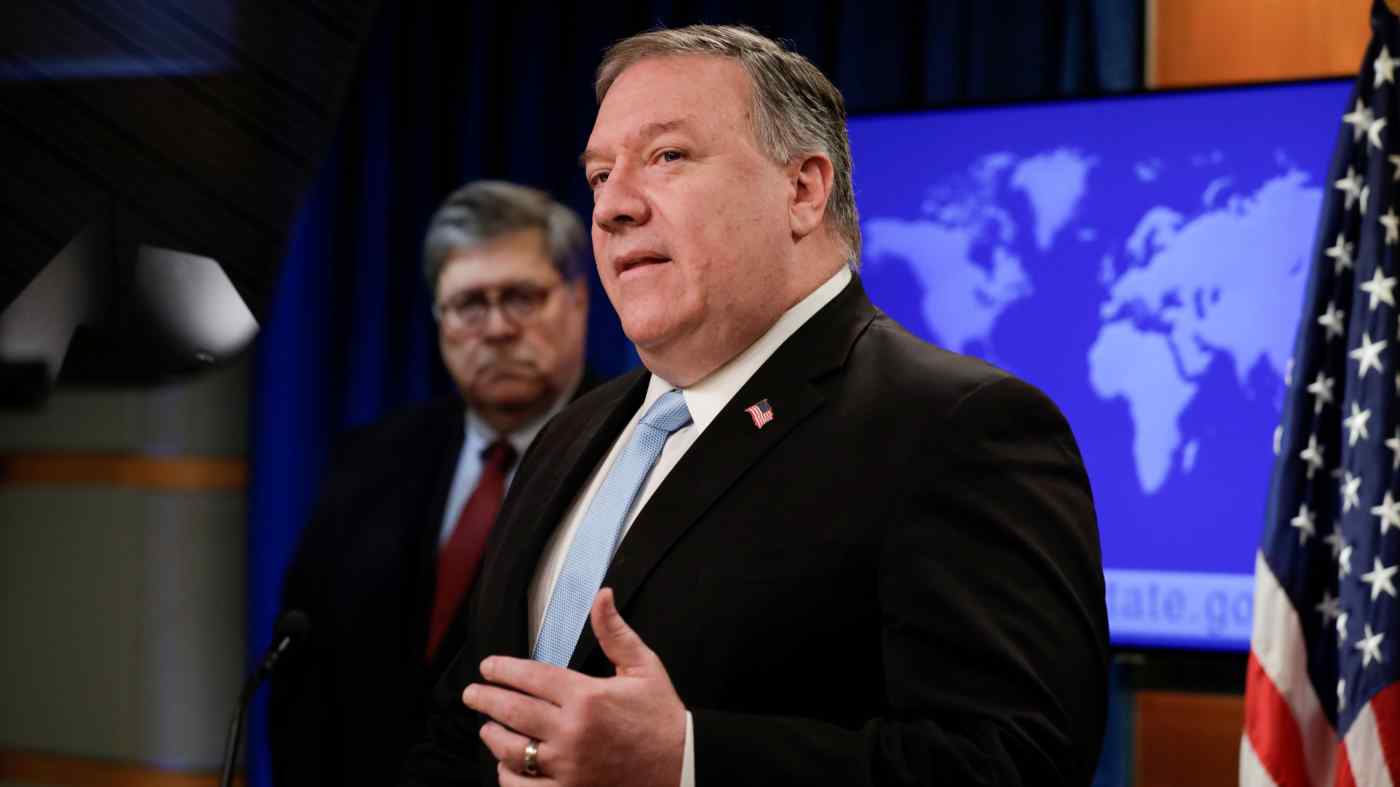 Pompeo was planning the trip "quietly" and the arrangements were not yet finalized, Politico said.

Pompeo has been vocal in criticizing China on a range of issues from the origins of the coronavirus pandemic to its Hong Kong policy to the treatment of its ethnic and religious minorities,

The U.S. State Department and the Chinese embassy in Washington did not immediately respond to requests for comment.

Hong Kong's South China Morning Post newspaper cited an unidentified source as saying that Yang, a state councilor and member of the Communist Party Politburo, will represent the Chinese side for the meeting.

Relations between the countries have deteriorated in recent months, and U.S. President Donald Trump has said he could even sever relations.

Pompeo said last month that China could have prevented the deaths of hundreds of thousands of people around the world by being more transparent about the coronavirus and accused it of refusing to share information.

He also said Chinese plans to impose national security laws on Hong Kong would be the "death knell" for the former British colony's autonomy.