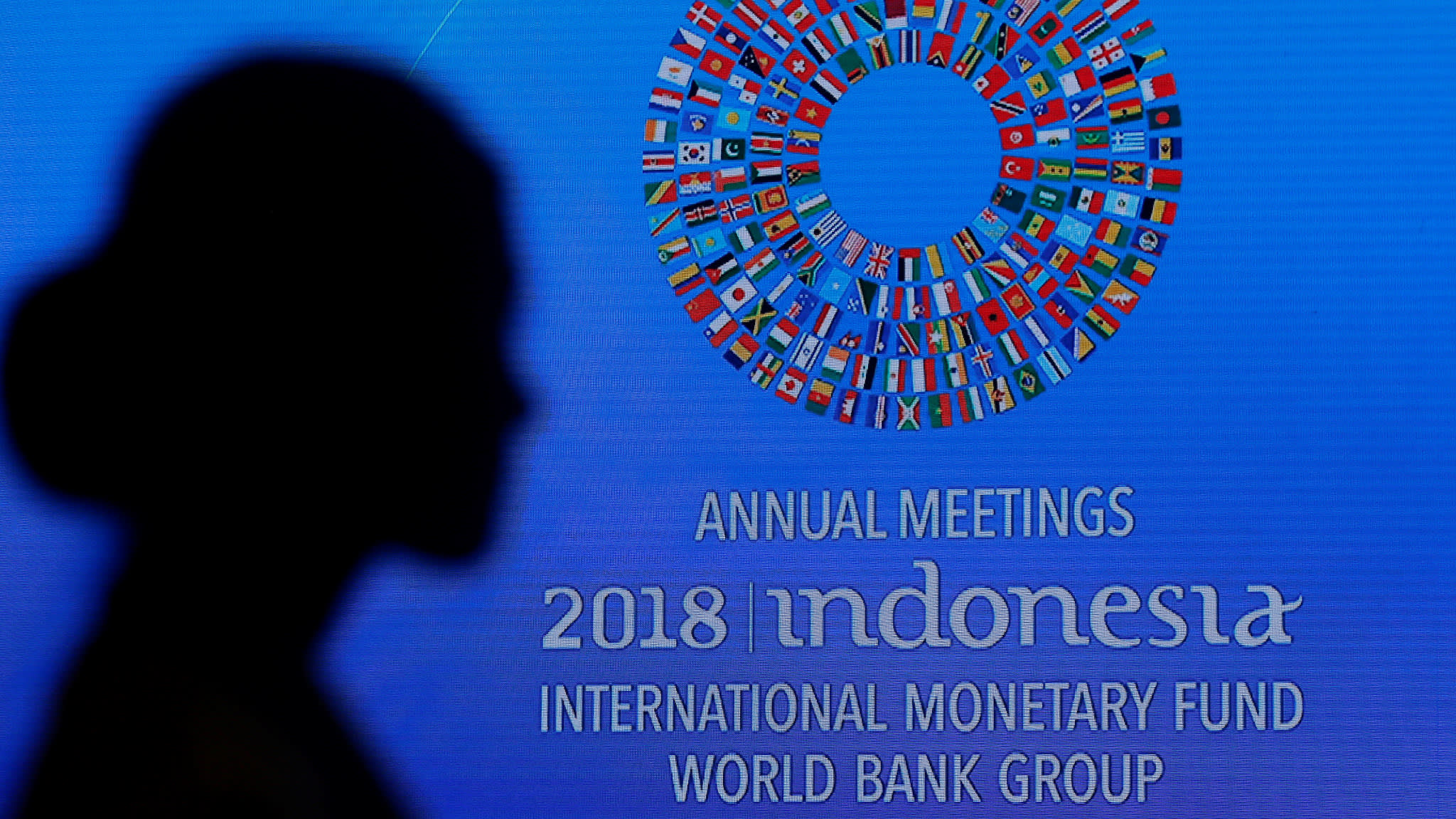 NUSA DUA, Indonesia -- Emerging economies face a number of headwinds, with Southeast Asia particularly exposed to fallout from the China-U.S. trade war, officials at this week's meetings of the International Monetary Fund and Group of 20 warned.

Finance ministers and central bank chiefs from the G-20 nations met here for two days through Friday during the annual meetings of the IMF and World Bank. The trade friction between the world's two largest economies was a focal point of the discussions.

In Malaysia, a hub for foreign manufacturing that has flourished thanks to exports, shipments abroad sank 0.3% on the year in August -- a sharp deceleration from a 9.4% rise in July -- amid a slump in U.S.-bound trade. The IMF on Tuesday lowered its 2018 growth forecast for Malaysia to 4.7%, down 0.6 percentage point from the April projection, citing the decline in exports.

Southeast Asia has enjoyed strong growth on the back of the economic expansion in China, the region's largest trading partner. Uncertainty had remained largely limited to a few specific countries, such as Indonesia, where the rupiah has weakened to a two-decade low, and the Philippines, where inflation has surged.

"Escalating trade tensions are another concern," Changyong Rhee, director of the IMF's Asia and Pacific department, said on Friday. "The Asia region as a whole would also see a peak GDP loss of up to 0.9%." 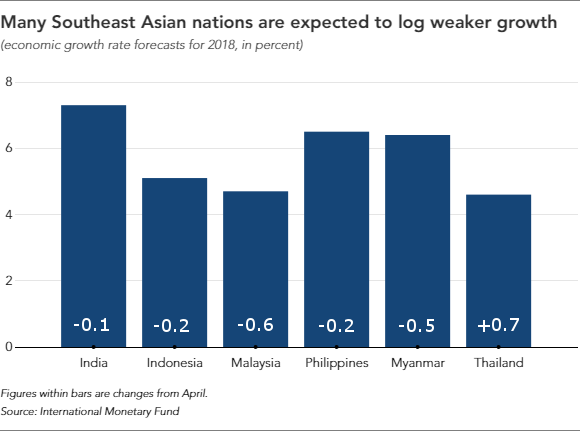 This risk is compounded by such issues as rising crude oil prices and interest rate hikes in the U.S. and elsewhere. Central Bank of Brazil Gov. Ilan Goldfajn warned on Thursday that monetary policy normalization in advanced countries will affect emerging economies. The Brazilian real sank to a record low against the dollar last month, and the IMF sees the country's economic growth staying mired in the 1% range.

Argentina, a symbol of emerging-market fragility, pledged at the G-20 meeting to cut government spending and achieve a primary surplus next year. But with the global economic winds shifting, the country has less time to wait for such straightforward fiscal consolidation measures to work. Argentina is also tapping IMF support.

The IMF and the World Bank chose to hold their annual meetings in Indonesia this year to demonstrate how the region has grown in the 20 years since the Asian currency crisis. But the discussions here highlighted the clouds looming over the global economy.