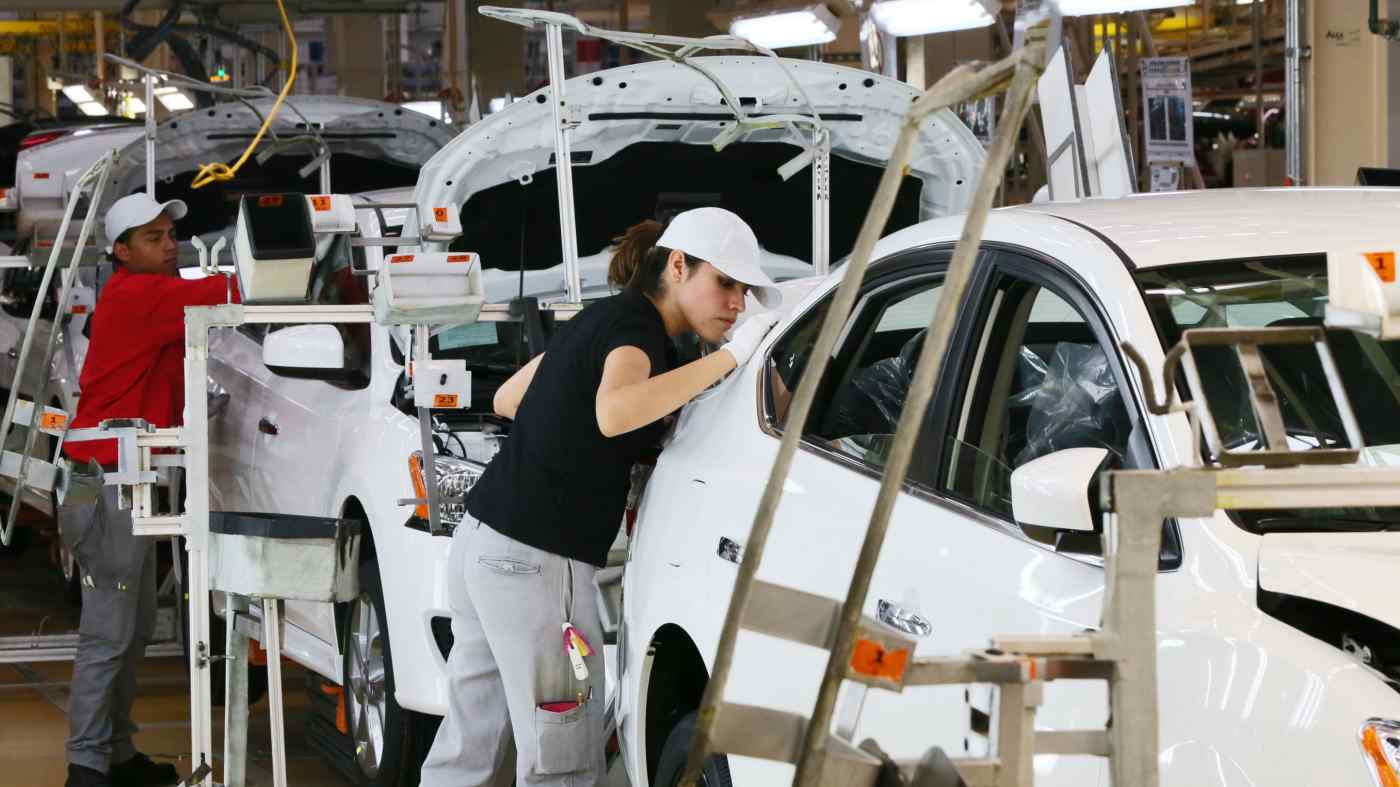 TOKYO -- With the U.S. and Canada reaching a deal on a revamped North American Free Trade Agreement, Japanese and other automakers are expected to take a second look at their strategies in the region.

The revised NAFTA, tentatively called the United States-Mexico-Canada Agreement, or USMCA, sets new restrictions on cross-border auto exports, but -- to the relief of many in the Japanese auto industry -- does not impose tariffs on these exports.

"It's good that a framework was decided," an executive at Toyota Motor said.

Japanese carmakers have invested heavily in Canadian and Mexican production. They exported a total of about 1.5 million vehicles from those two countries to the U.S. last year, accounting for roughly 20% of their U.S. sales.

Nissan Motor and Germany's Daimler together spent about $1 billion on a Mexican plant that began operation late last year. Toyota announced this year a 1.4 billion Canadian dollar ($1.09 billion) investment in Canadian plants and intends to make new models there.

But provisions in the agreement reached on Sunday indicate that Washington seeks to discourage automakers from boosting production in its northern and southern neighbors, aiming to add manufacturing jobs at home. 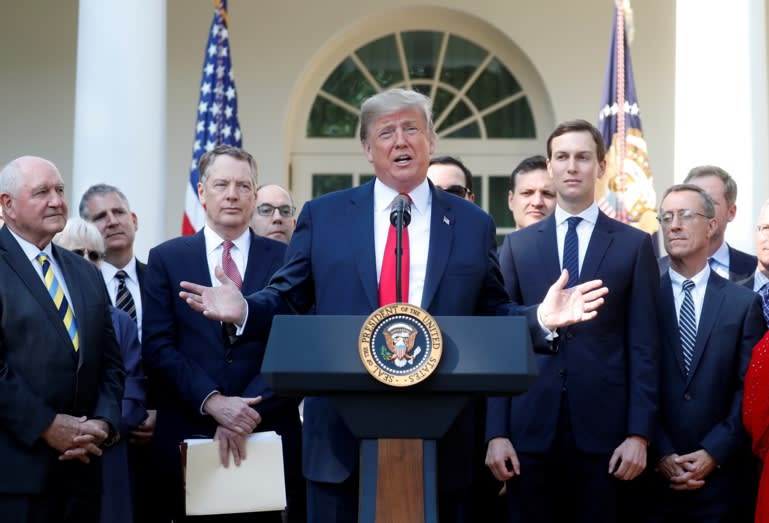 U.S. President Donald Trump talks about a revised NAFTA at the White House on Oct. 1.   © Reuters

In side letters to the accord, the U.S. granted Canada and Mexico tariff-free quotas of 2.6 million vehicles a year if Washington imposes its threatened auto duties -- well above the 1.8 million autos each country now sends there annually. But Mexico is projected to hit the cap as early as 2021 if expansion continues at its current pace.

"The quotas will force companies to be more cautious about investing in Canada and Mexico," said Keisuke Hanyuda of Deloitte Tohmatsu Consulting, a former Japanese trade negotiator. The new deal sets stricter standards for tariff-free auto exports. Vehicles must consist of 75% North American content by around 2023 to qualify for the exemption, up from 62.5% in NAFTA. At least 40% of their content must come from facilities paying hourly wages of $16 or more -- a provision that essentially will limit use of parts from Mexico, where pay tends to be far lower.

The changes likely will force companies that locally source much of the content of Mexican-made cars to switch suppliers. Nissan's Sentra sedans, which are assembled in Mexico for the U.S. market, include just 15% to 20% American and Canadian content, with 40% to 55% originating from Mexico, data from the U.S. National Highway Traffic Safety Administration shows.

The revamped NAFTA has raised concerns in Japan about the potential impact on negotiations with the U.S. toward a bilateral trade agreement in goods. Some warn that Washington could take a harder line, including demanding that Japan and Europe accept similar quotas on auto exports.

Japanese automakers will need to figure out how to rework their production structures in the U.S., a vital market, to the satisfaction of an American government insistent on shrinking trade deficits -- a task made trickier by shifting market conditions.