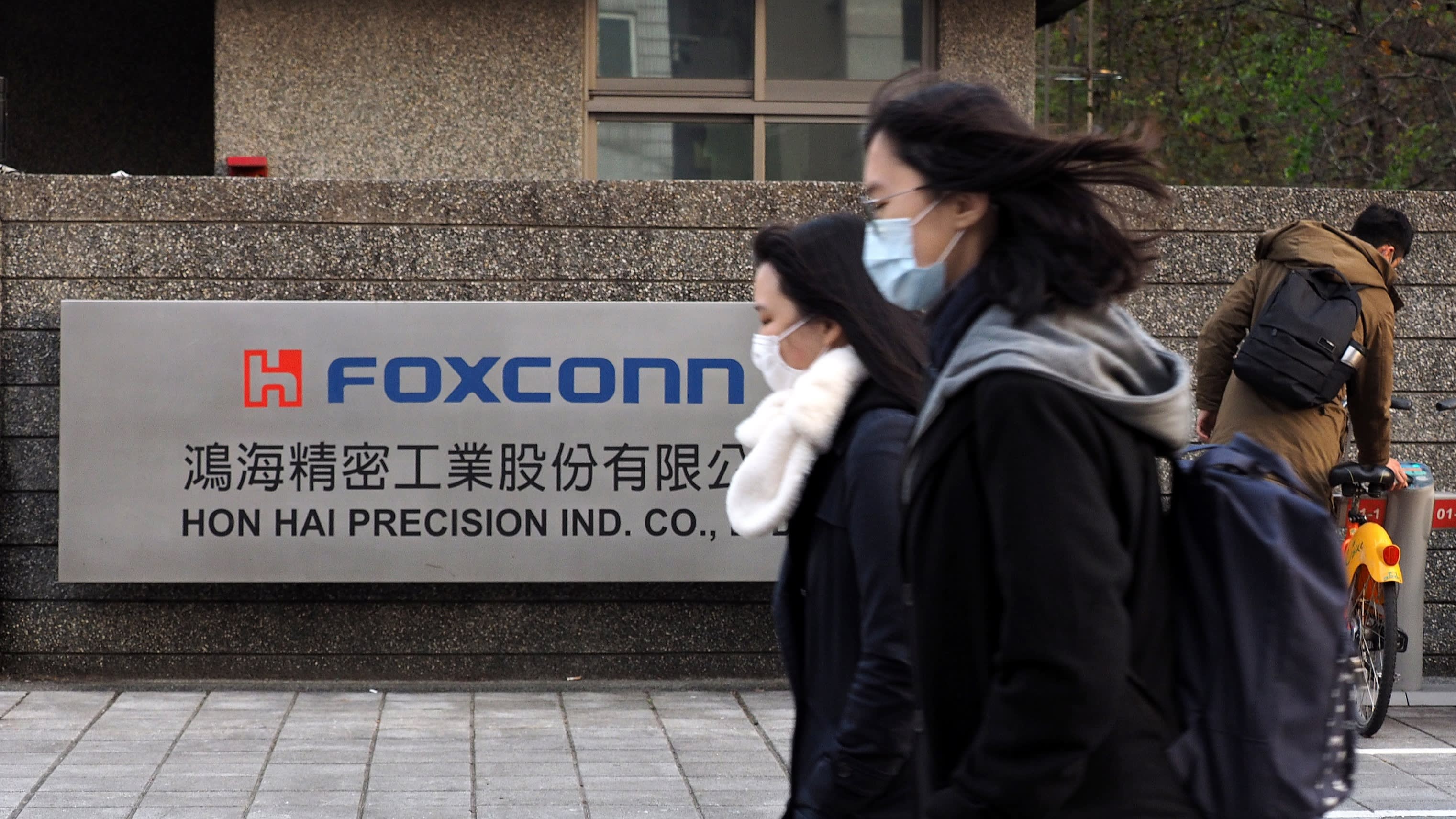 TAIPEI -- Taiwanese iPhone assemblers Foxconn and Pegatron have both pledged to invest in the U.S. as their American clients press for more local manufacturing.

The announcements, on the heels of Joe Biden's victory in the U.S. presidential election, suggest global tech supply chains will continue to shift even after Donald Trump, who pressed foreign companies to invest and create jobs in America. China is also wanting to become more self-reliant amid tensions with Washington.

"The world's two largest countries both want to build their own supply chains. As long as this trend does not change -- and it is unlikely to change -- I don't see any changes to our investment in Wisconsin, whether Democrats or Republicans are in power there," Foxconn Chairman Young Liu told investors at the company's headquarters in New Taipei City on Thursday.

Foxconn first announced its would build an advanced display panel plant in Wisconsin in 2017 during the Trump administration -- and under a Republican governor. But the project has been repeatedly scaled back and the company has wrangled with the new governor, a Democrat, over financial support.

Liu added that the product portfolio might change slightly due to changing market demand. "We are planning to have servers, telecommunication-related and artificial intelligence-related product lines there."

Foxconn's smaller rival Pegatron, meanwhile, said on Thursday that it will make its first investment in the U.S. Like Foxconn, it also cited a desire from clients to build products closer to home. The company is a key supplier to Google, Microsoft, Asustek Computer and others.

"We see strong demand from almost every customer that they hope the products could be built locally rather than shipping from China or Asia," S.J. Liao, president and CEO of Pegatron said. "So we have decided to go directly to the U.S. to service our customers. ... We are currently planning on this and will share more once we formulate a concrete investment plan."

It is the first time that Pegatron has signaled a clear intention to expand production to the U.S.

The company has already diversified production beyond China to Southeast and South Asian nations such as Indonesia, Vietnam and India.

Pegatron's board approved on Thursday an initial investment of $150 million for a new plant in India, Liao said, with production at the plant slated to start sometime in late 2021 or 2022. "Investing in India will also be a long-term commitment for Pegatron," Liao added.

Pegatron's announcement regarding the U.S. comes as its biggest customer Apple threatened to suspend new business with the Taiwanese company over labor violations. Pegatron was found to be employing student interns as production line workers in its factory in the Chinese city of Kunshan, in violation of local regulations.

"We will overhaul the whole manufacturing process thoroughly to make sure such things won't happen again and launch a huge automation campaign to reduce the use of production line workers," Liao said on Thursday. "China is no longer a place that has sufficient human resources for manufacturing. ...The labor cost in China is increasing continuously. The only way to alleviate the growing pains of recruiting laborers is to increase automation."

Foxconn and Pegatron are both facing an emerging threat in the form of Luxshare Precision Industry, which is looking to become the first China-based iPhone assembler. Until now, iPhone production has been dominated by Taiwanese suppliers, but Apple appears keen to see Luxshare join their ranks as soon as possible.

Foxconn, which has made iPhones since the first generation more than a decade ago, is still the largest assembler of the device. It is currently producing only the latest models, the iPhone 12 Pro, iPhone 12 Pro Max and a majority of the iPhone 12, multiple sources told Nikkei Asia.

Pegatron accounts for the remaining iPhone 12 orders and is the main supplier for iPhone 12 Mini, the sources said.

Foxconn's Liu said on Thursday he expects the performance of his company's consumer electronics business to double this quarter from a year ago. The overall business performance will be flattish in the December quarter from the same time a year ago, according to the company.

Foxconn also confirmed that it is bidding to buy a chip plant owned by SilTerra, a small contract chip maker in Malaysia. Foxconn has long hoped to expand its semiconductor manufacturing business.

"I can't tell you how much we offered, but I can confirm that we are in talks and expect to make a decision before the end of this year," Liu said. The chairman said that acquiring SilTerra's 8-inch wafer plant would help Foxconn's long-term strategy of growing a deeper engagement in the electronic vehicle field.