Taipei joining with US to prevent companies from circumventing regulations Amid the intensifying tech standoff between Beijing and Washington, Taiwan is moving away from China and forging closer ties with the U.S. (Source photos by Reuters)
LAULY LI, Nikkei staff writerAugust 20, 2020 16:34 JST | Taiwan
CopyCopied

TAIPEI -- Taiwan on Thursday unveiled new regulations to tighten screening of Chinese investments on the island, joining forces with Washington to prevent Beijing from getting around regulations governing investment in sensitive technologies.

The new rules, for which a 60-day public opinion period began on Thursday, are aimed at scrutinizing the influence of Chinese investors when foreign companies plan to put money into Taiwanese businesses.

"The U.S., Japan and many European countries are stepping up their examinations of foreign investments," Su Chi-yen, spokesperson for Taiwan's Investment Commission, told the Nikkei Asian Review. "We are taking the same approach."

Taiwan imposes strict regulations that only allow Chinese investors to own up to 30% of Taiwanese companies in sectors ranging from semiconductors and electronics components to solar energy. In addition, such planned investments have to be screened on a case-by-case basis. However, the new rules mean that Chinese investors will be barred from indirectly acquiring stakes in Taiwanese companies that own sensitive technologies through a third party company.

The new directives, due to take effect later this year, are not retroactive. The investment commission spokesperson said the government will also screen the investors behind Hong Kong and Macao companies when they apply to increase investments in Taiwan.

Amid the intensifying tech standoff between Beijing and Washington, Taiwan is moving away from China and forging closer ties with the U.S. This shift was underscored by U.S. Health Secretary Alex Azar's visit to the island last week to meet President Tsai Ing-wen.

The tightened investment regime comes after Luxshare-ICT, a rising Chinese AirPods supplier, announced it would buy Taiwanese Apple supplier Wistron's iPhone plant in China last month -- an acquisition that ends the decades-long dominance of Taiwanese contract electronics manufacturers such as Foxconn in iPhone assembly. Key iPhone metal frame supplier Catcher Technology on Tuesday said it would sell two of its plants to Chinese glass back supplier Lens Technology for $1.42 billion. 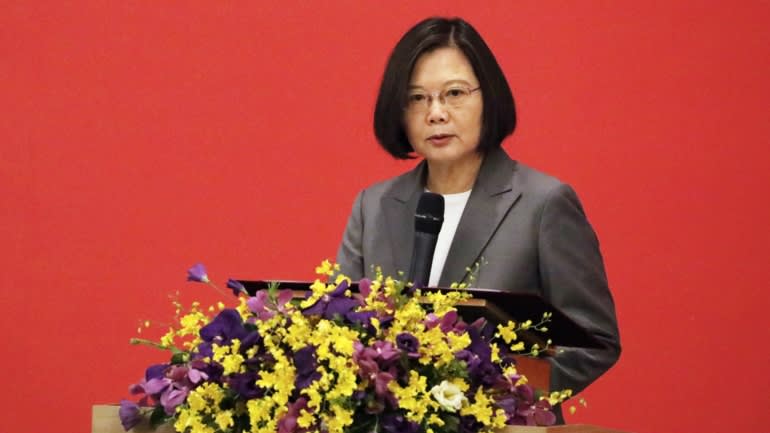 The proposed new regulations, however, do not cover sales of Taiwanese companies' Chinese assets to Chinese investors as it only regulates Chinese money in Taiwan.

They will redefine Chinese investment in foreign companies by revising the 30% cap of Chinese involvement in the company.

"In the future, for example, if the Chinese investors hold a 40% stake in company A, and company A holds 40% of company B, we will consider company B to be a Chinese company if it wants to invest in Taiwan," Su explained. Previously, it would simply have been viewed as a foreign company.

The government will also vet the background of Chinese investors to see if they have ties to China's military or the Chinese Communist Party, according to the new rules.

Taiwan's Mainland Affairs Council told Nikkei that, for the time being, it does not plan to redefine Hong Kong companies as Chinese companies following the enactment of the national security law for the city last month.

However, it will step up screening of the capital behind Hong Kong corporations. Currently, investment rules for Hong Kong and Macao companies are the same as for foreign ones, which are less regulated than those from China.

"We have to take a more cautious approach to see if Chinese investors are using Hong Kong companies as an excuse to get involved with Taiwanese companies," the council's Deputy Ministery Chiu Chui-cheng said.

China, which has set an ambitious goal of being technologically self-sufficient by 2025, has long been watching Taiwan's tech prowess, especially in the semiconductor industry.

Su Tze-yun, director of Taiwan's Institute for National Defense and Security Research and a supply chain expert, said the current investment rules have loopholes for Chinese investors to circumvent, as they only consider the shareholder structure of a foreign company instead of tracing back to the origins of its parent.

"It is a responsible action to introduce a stricter examination on Chinese investments in Taiwan, as the democratic island owns so many sensitive technologies and holds a strategic position in global supply chains amid the rising geopolitical tensions," Su told Nikkei.