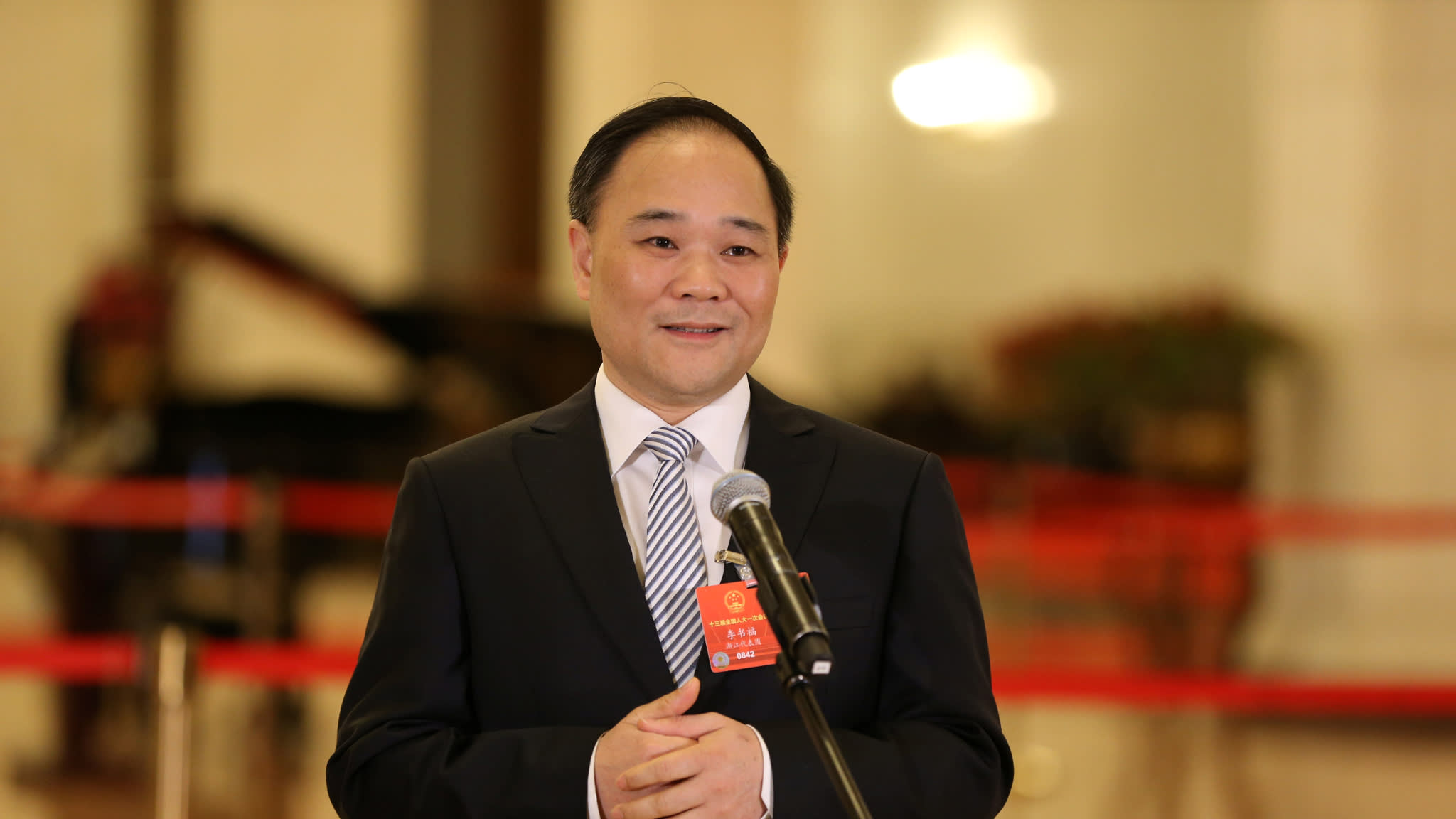 Geely Chairman Li Shufu talks to the media before the closing session of the National People's Congress, which he attended as a delegate, at the Great Hall of the People in Beijing on March 20.   © Reuters
NIKKI SUN, Nikkei staff writerJune 29, 2018 01:34 JST | China
CopyCopied

And these expenses will raise the cost of cars for consumers, Li Shufu, chairman of Zhejiang Geely Holding Group, said here Thursday at the annual summit for China's Belt and Road Initiative.

Li's warning came as Wisconsin-based motorcycle maker Harley-Davidson said this week it plans to shift some production overseas, citing new European Union tariffs that raise the average cost per motorcycle by about $2,200.

"We will have to launch production lines of different car models in individual countries if their tariffs all become very high," he said. "Consumers would suffer eventually."

The tariff crossfire between Washington and its trade partners also overshadowed the opening of Volvo Cars' first factory in the U.S. last week, as the Geely-owned company plans to turn the facility into an export hub.

In addition to tariffs, the Trump administration's "America First" policy involves a tougher stance against investments from China, especially in high tech.

In response, Xiao Yaqing, who chairs the State-owned Assets Supervision and Administration Commission under China's State Council, defended Beijing's state-owned enterprises while speaking with the Nikkei Asian Review on the sidelines of the Belt and Road Summit.

"We have always followed international rules and local regulations when making investment overseas," he said. "Central enterprises should play a leading role as long as there is no discriminatory policy [against China]."

Amid the trade fears, others brought optimism to the Hong Kong forum.

Somkid Jatusripitak, deputy prime minister of Thailand, applauded the growing connectivity across Asia, saying it contributes to programs such as the China-led Belt and Road Initiative and the Regional Comprehensive Economic Partnership -- a proposed trade pact among 16 countries including the 10 members of the Association of Southeast Asian Nations.

He thinks the trend in Asia will ameliorate the shock wave from growing U.S. protectionism.

"The Asian century has become a reality," he said. "It represents new hope and has now formed a global economic hub. It will help reduce discord and uncertainties."

But the journey along China's Belt and Road Initiative has been bumpy for many countries, and people question whether the heavily funded projects can deliver real benefits to local businesses and workers.

Liu Qitao, chairman at China Communications Construction, a state-owned enterprise investing heavily in countries under the BRI, denied that the projects bring in Chinese workers en masse rather than using local labor. His company nurtures at least 10 local employees for every Chinese worker used, Liu claimed.

Liu thinks the projects will survive changes in government occurring among some of the countries. "Our projects are beneficial to the livelihood of local people," he said.