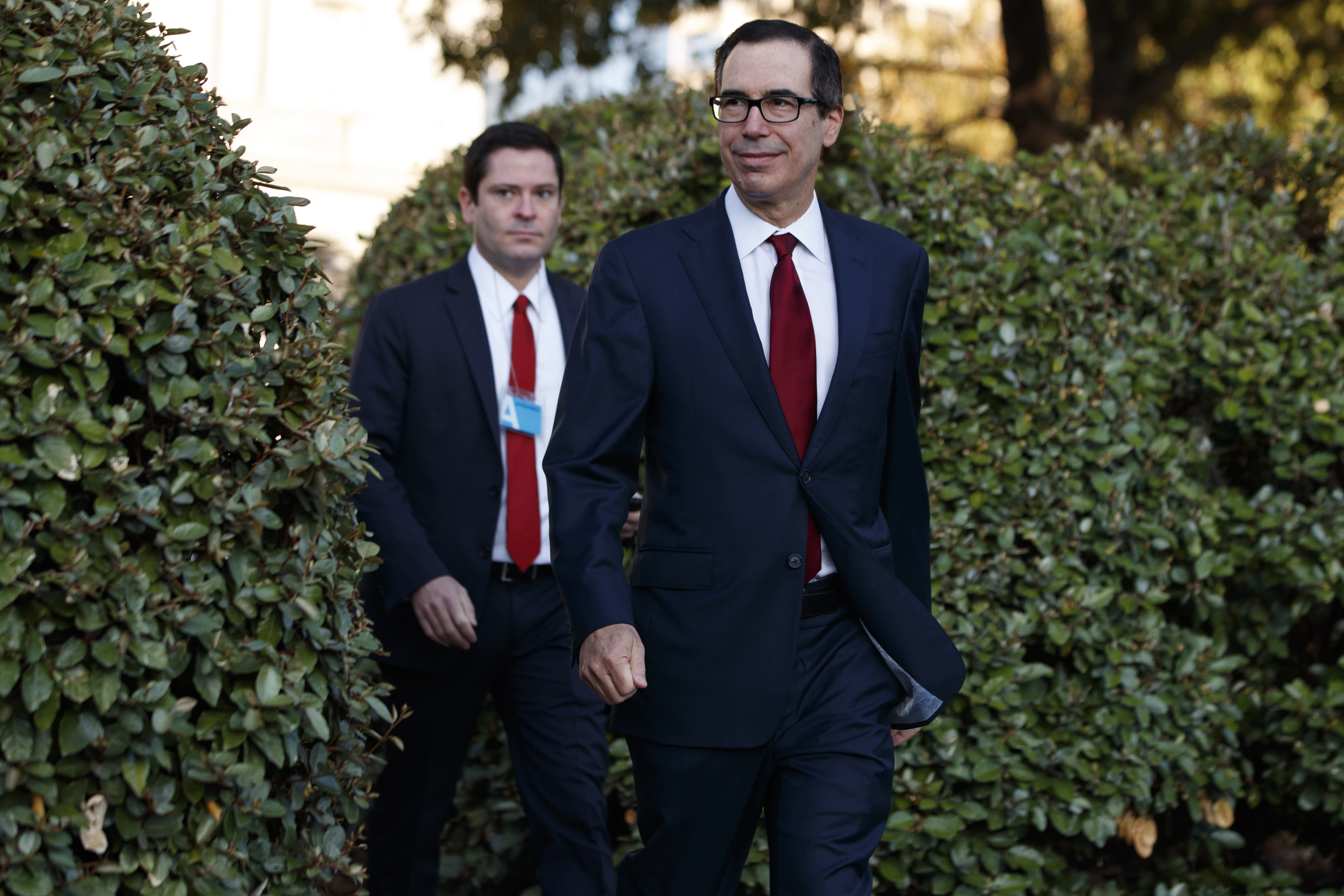 WASHINGTON (Reuters) -- U.S. Treasury Secretary Steven Mnuchin said on Monday that an additional round of tariffs on Chinese imports will likely be imposed if a trade deal with China has not been reached by then, but added that he expected the agreement to go through.

"I have every expectation - if there's not a deal, those tariffs would go in place - but I expect we'll have a deal," he said in an interview with CNBC, when asked about a round of tariffs scheduled for Dec. 15.

U.S. President Donald Trump said on Friday that China and the United States had reached the first phase of a trade deal that covered agriculture, currency and some aspects of intellectual property protections, and would ease the reciprocal trade restrictions that the world's two largest economies have been imposing for 15 months.

But officials on both sides have said more work is needed to finalize the accord, and Trump acknowledged the agreement could still collapse. U.S. Trade Representative Lighthizer said on Friday that Trump had not made a decision about the December tariffs.

Mnuchin said more trade negotiations at various levels would take place over the coming weeks, including a phone call between himself, Lighthizer and Chinese Vice Premier Liu He, and talks between Trump and Chinese leader Xi Jinping.

Asked about a dispute between China and the U.S. National Basketball Association stemming from a tweet by Houston Rockets manager Daryl Morey expressing support for pro-democracy protests in Hong Kong, Mnuchin said he hoped the two sides could come to a solution.