US tariffs slow output growth for robots and integrated circuits 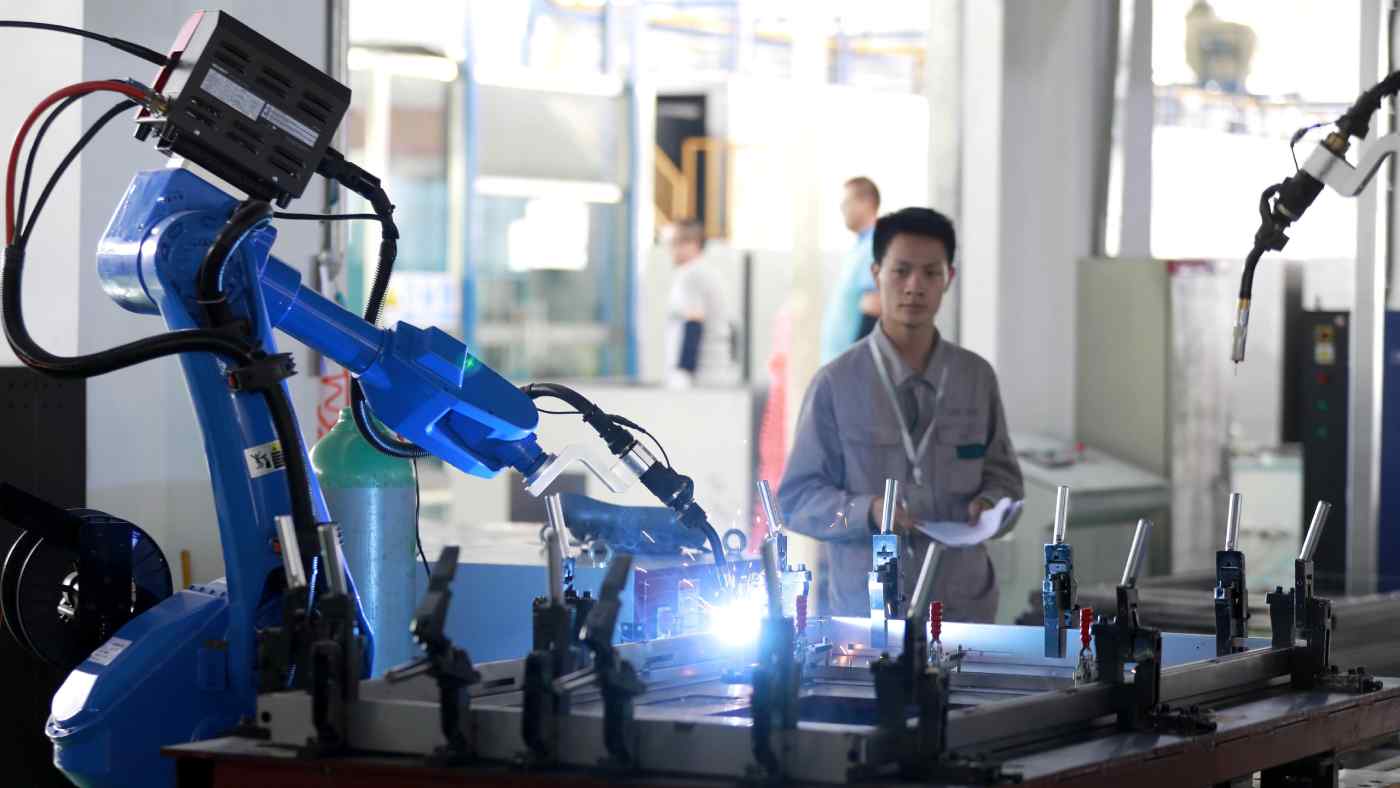 As recently as May, China's industrial robot production was rising by over 30% on the year. But since June -- the month before the products were targeted for additional 25% tariffs -- growth has been stuck in the single digits, including 9% for August. Integrated circuits likewise became targets in August, and their output grew just 5.8% that month, half the July figure. Production of automobiles began shrinking in July, and the decline widened to 4.4% in August.

The back-and-forth tariff hikes by the U.S. and China that began in July make Beijing wary of a rapid slowdown in exports come winter, and the manufacturing sector has turned pessimistic as well. The government is hurrying to prepare infrastructure projects, looking to prop up the economy.

But special circumstances likely played an outsize role in the positive readings.

Those same factors likely caused consumer prices to rise as well, driving up personal consumption more than any growth in demand. Consumption of petroleum and related products increased 19.6% year-on-year in August, the most in about six years, as gasoline and diesel fuel became more expensive. The tally also grew for food products as the heat raised prices for goods like pork and vegetables.

China's manufacturers have signaled concern about the trade war. A telltale index of manufacturing export orders from Guangdong Province dipped below 50 -- the point above which conditions are seen to be improving -- in June for the first time in two and a half years. The figure has remained below 50, standing at 49.3 for August.

The Communist Party's Central Committee decided in July to expand domestic demand through fiscal policy, saying it would seek to direct projects toward public works.

The central government last month approved a plan to improve subways in Suzhou, a city in Jiangsu Province near Shanghai where many overseas-affiliated export companies are located. On a September visit, related sites were already fenced off, with preparations for construction underway. Bidding begins as early as next month, with an eye toward starting work within the year, said a source with a local real estate developer.

As regional governments rushed to prepare for the infrastructure push, the value of local-government bonds issued in August to fund construction tripled on the year. Growth in infrastructure investment slowed to just 4.2% for the January-August period, but a halt to the decline appears likely.