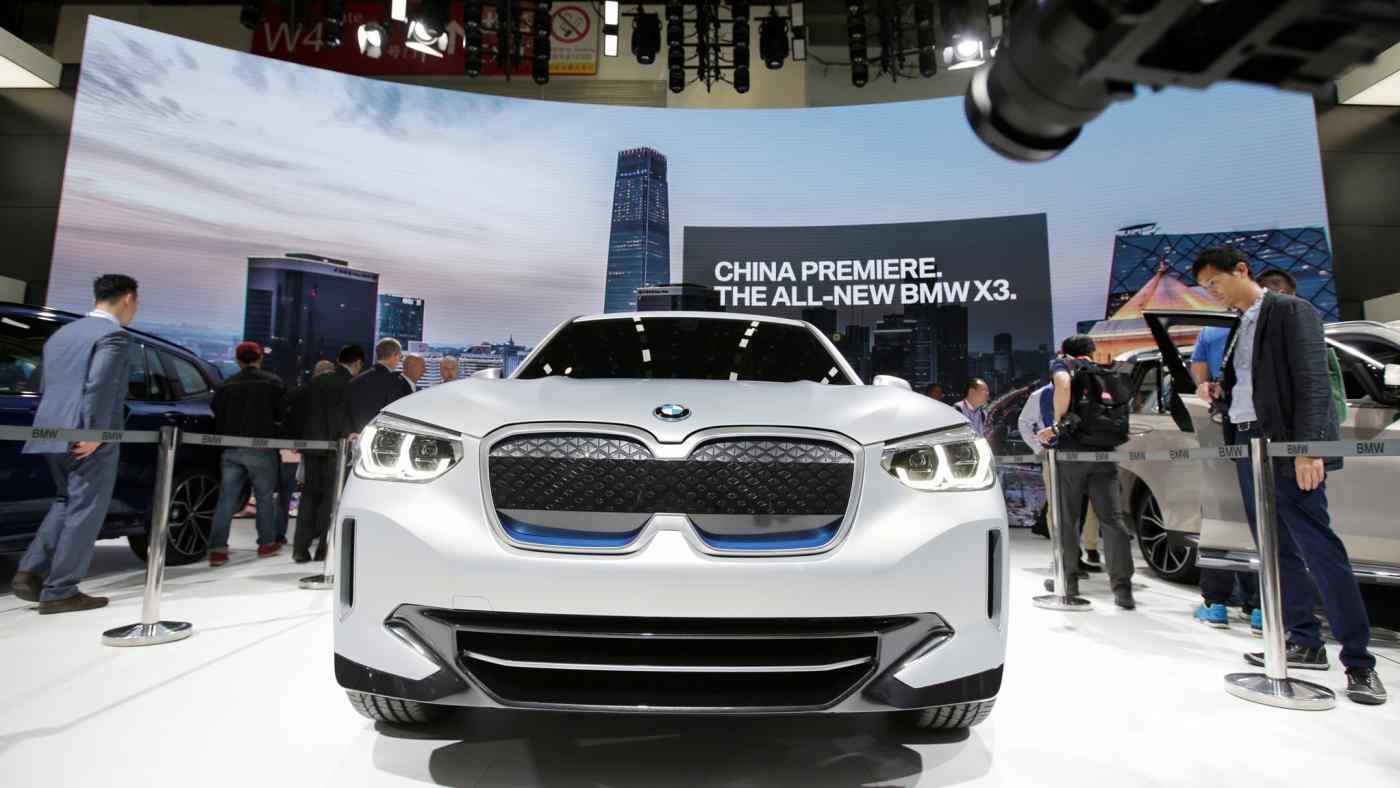 CHONGQING/FRANKFURT, Germany -- BMW lifted the price of two American-made cars sold in China on Monday, a move prompted by higher duties resulting from the trade war between Washington and Beijing.

After Beijing raised duties on American-made cars to 40% from 15% on July 6 in retaliation for new auto tariffs by Washington, BMW, which is estimated to have exported over 80,000 cars to China from the U.S. last year, has sought to reduce the impact on earnings through price increases.

BMW is not the only global automaker revising its sales strategy under the punitive tariffs the U.S. and China have imposed on each other.

Daimler has raised the price of American-made Mercedes-Benz SUVs sold in China. The GLE and GLS models will receive increases of 4% to 7%, according to local media and dealerships. Daimler CEO Dieter Zetsche has described the current situation as an unusual business environment.

Given the stiff competition, BMW and Daimler are working to keep the price hikes to a minimum. The increases were kept small so as not to lose out to rivals, said a senior official at a local BMW dealership.

Daimler said in a recent earnings report that costs from the tariffs cannot be fully passed on to customers and will likely weigh down profits.

The trade war fallout has spread beyond German automakers. California-based Tesla, which exports U.S.-made vehicles to China, has resorted to lifting retail prices on the Model S sedan and Model X SUV about 20% each. Tesla was able to make aggressive increases thanks to strong demand among the wealthy, said one industry insider.

Ford Motor, meanwhile, has been cautious about price hikes. The U.S. carmaker is concerned about losing even more customers after Chinese sales in the half ended in June tumbled 25% on the year. A dealership in Beijing advertised the likelihood of future price hikes to encourage customers to buy now.

Ford cut its adjusted earnings-per-share estimate for the year ending in December to around $1.30 to $1.50 from $1.58 originally.