Southeast Asia and Mexico emerge as favored hubs for Panasonic, TCL and others 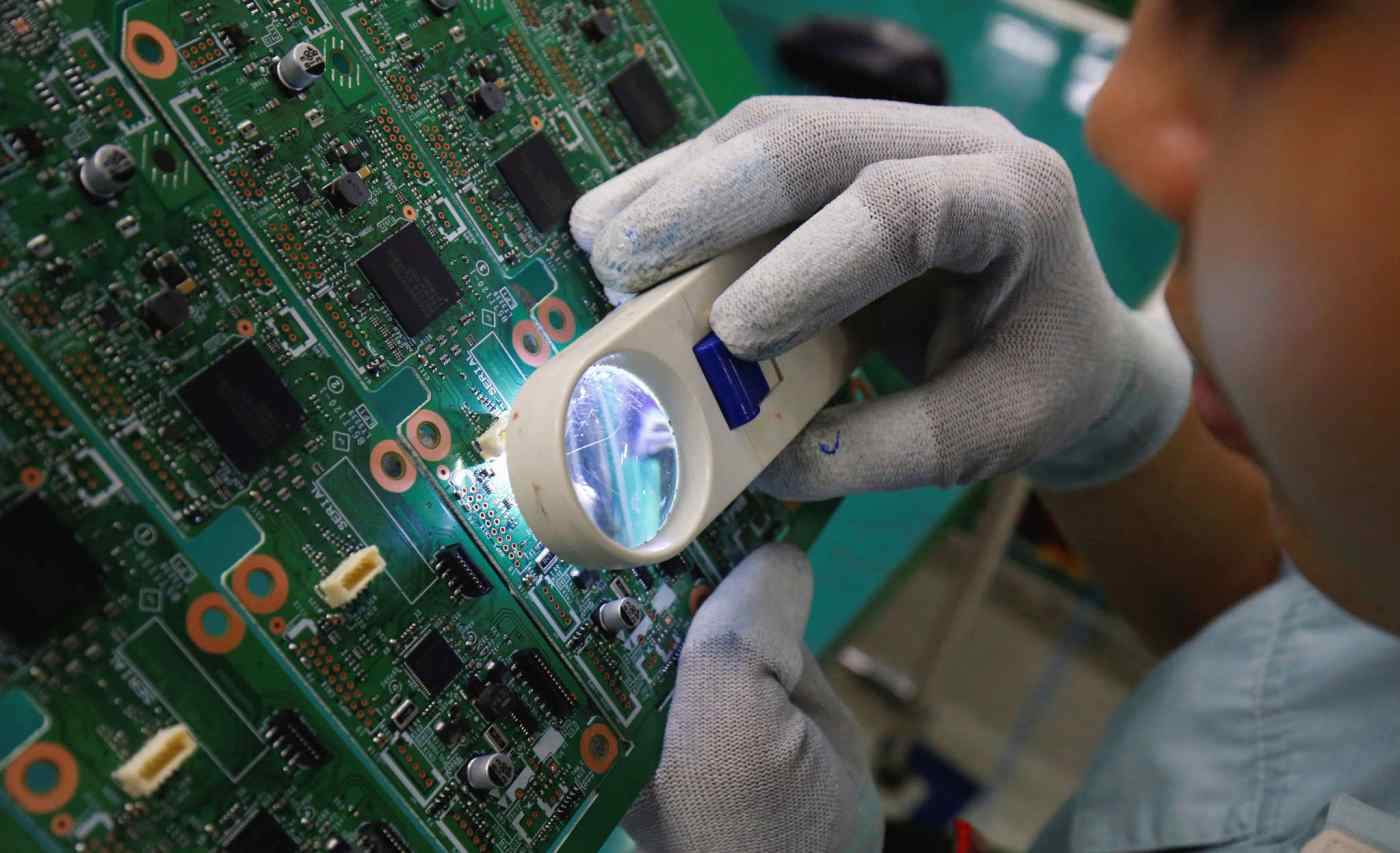 A worker inspects a circuit board at factory in Vietnam. Southeast Asia has become a more important link in the supply chains of multinational manufacturers.   © Reuters
Nikkei staff writersOctober 24, 2018 02:57 JST | Japan
CopyCopied

KYOTO/TOKYO -- Japanese motor supplier Nidec said on Oct. 23 that it will move some production out of China, joining Panasonic and other companies, including Chinese ones, in an exodus to Southeast Asia and Mexico over concerns that U.S. tariffs will undercut the competitiveness of the Made-in-China model.

Kyoto-based Nidec will transfer production of power-steering motors for cars, in addition to components for household air conditioners, to Mexico, investing about 20 billion yen ($178 million) to double its capacity in the country by March. These products are subject to 25% tariffs imposed by U.S. President Donald Trump's administration.

"The trade war will continue for a while," CEO Shigenobu Nagamori said at an earnings briefing on Oct. 23.

Chinese components are heavily used in the U.S. auto industry, and Nidec believes that supplying automakers from Mexico will help it wrestle away orders from rivals that continue to produce in China.

Meanwhile, Nidec will continue to invest in China to cater to the growing demand there for electric-vehicle motors and other components.

Panasonic, one of the first Japanese companies to base manufacturing in China, is relocating production of car electronics like stereos to Thailand, Malaysia and Mexico. The company has manufactured these U.S.-bound products at plants in Suzhou and Shenzhen.

Some of what Panasonic supplies to electric-vehicle maker Tesla, its partner in the sprawling Gigafactory battery production site in the U.S., is exported from China. The profit impact on Panasonic from additional tariffs on these products could reach 10 billion yen ($89 million), according to an executive.

The exodus from China also includes Chinese manufacturers that export heavily to the U.S.

Guangdong Province-based electronics group TCL plans to boost production of liquid crystal display televisions at its Mexico plant to replace items exported from China. The company will boost the facility's output to between 3 million and 4 million units from 2 million in 2017.

TCL bought the Mexican plant from Japan's Sanyo Electric, a Panasonic subsidiary, in 2014. LCD TVs were not subject to the Trump administration's additional duties on Chinese goods as of September, but TCL is preparing for the tariff list to expand. 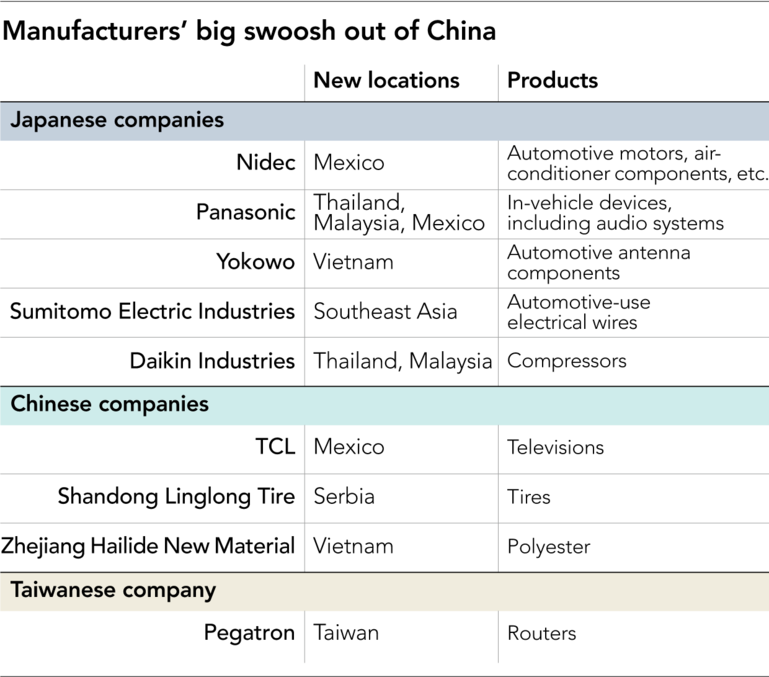 Shandong Province-based GoerTek, which assembles AirPods, has notified suppliers that it intends to move production of the wireless earphones to Vietnam to avoid becoming caught up in the U.S-China trade war.

Two other Apple suppliers -- Taiwan's Pegatron and Cheng Uei Precision Industry -- plan to expand capacity outside China for similar reasons, although these moves may not include Apple equipment.

The Trump tariffs, rolled out in phases from July to September, target a total of $250 billion worth of Chinese exports to the U.S., including car audio products, electric motors for auto industry and machinery components. Although the U.S. government has a program that exempts some products from full-blown tariffs, it has not been used yet.

Japanese automakers have expanded output in the U.S. but still import many components from China, where production costs are lower. Japan-based autoparts suppliers like Keihin, a Honda Motor affiliate, and antenna maker Yokowo must also contend with the new U.S. tariffs.

Yokowo, which exports 70% of its Chinese-made goods, plans to accelerate its manufacturing shift to Vietnam. It will complete a relocation of production of U.S.-bound components by the end of this year instead of the mid-2020s as previously planned.

Moving production will also have an impact further up supply chains at the material level.

Zhejiang Hailide New Material, a Chinese polyester producer, will spend $155 million to build its first overseas plant in Vietnam, planning to bring it online by mid-2020. The company expects 20% of the plant's sales to be generated from exports to the U.S.

Although the producer foresees a limited impact from U.S. tariffs, since there are few suppliers of commodity chemicals outside China, it is setting up production centers outside China to stabilize supply. In Vietnam, an official with a textile industry association said the country is now in an advantageous position for businesses to establish export bases there.

The shift in production to Southeast Asia is welcome news for local businesses.

Delta Electronics (Thailand), an assembler whose customers include Apple, is one beneficiary, according to President Hsieh Shen-yen, who says it has seen an influx of new business.

The decision to move away from China was likely a difficult one for Panasonic, which established its first joint venture to make televisions there in 1987, nine years after Chinese leader Deng Xiaoping asked founder Konosuke Matsushita to help modernize China's industry. Deng had visited a factory run by Matsushita Electric, as the company was then known, during a trip to Japan. 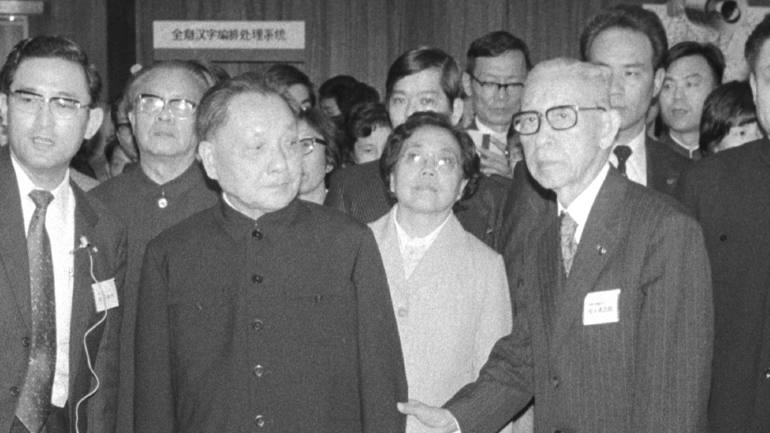 When Chinese leader Deng Xiaoping visited Japan in 1978, he was escorted by Konosuke Matsushita, founder of Panasonic, on a tour of one of the company's Osaka factories.   © Kyodo

It would not be long before China became Panasonic's global manufacturing hub, with over 40 local subsidiaries taking advantage of low labor costs. But with Chinese wages rising and the trade war heating up, Panasonic was forced to rethink its decades-old strategy.

China was still the world's top destination for foreign direct investment in the first half of 2018, with inflows growing 6% on the year to $70.2 billion, according to the United Nations Conference on Trade and Development.

But the trade war will ultimately "accelerate the shift to Southeast Asia as labor costs rise in China," said Dai Hakozaki, director of the China and North Asia division at the Japan External Trade Organization.

According to Chinese statistics, the country's exports to the U.S. surged in September ahead of the latest additional tariffs on $200 billion worth of products. But the figure will likely fall after the last-minute rush as businesses shift production away from China.