Trade war forces China to seek alternatives beyond US

SHANGHAI/TAIPEI -- Chinese companies are quietly turning to European, Asian and domestic chip suppliers for non-U.S. alternatives, as billions of dollars-worth of tariffs imposed by Washington and Beijing on each other's products come into effect.

"The message we learn clearly from our Chinese customers recently is that [if they have the choice,] they are eager to diversify from buying from U.S. suppliers," a manager at German-based chipmaker Infineon Technologies told the Nikkei Asian Review. "They are really taking the rising political tension and risks into consideration."

"We have received more queries from existing customers and also startups... As a European company, we are finding an easier business environment in recent months," the person said, requesting anonymity as they are not authorized to speak to the media.

As one of the leading providers of automotive chips for electric vehicles, a variety of radio frequency parts, power-related components and sensors, Infineon's main competitors are U.S. vendor Texas Instruments and Dutch chip company NXP, which was bought in 2016 by American mobile chipmaker Qualcomm. However, having cleared all other antitrust reviews, the deal is still awaiting approval from Chinese regulators.

The current trade war, with Washington and Beijing imposing $34 billion-worth of tariffs on each other's exports starting Friday, goes far beyond issues over a trade deficit, according to market observers. It is actually an escalating battle, which could last for years, between the world's two top economies to compete for supremacy in technology, global influence and leadership.

An earlier ban by the administration of U.S. President Donald Trump to prevent China's ZTE from accessing American technology has been temporarily lifted. Yet increasing scrutiny on China's Huawei, the world's top telecom equipment and No.3 smartphone maker, and a decision to prevent China Mobile from operating in the U.S. have added impetus for Chinese enterprises to quickly gain access to key components.

However, most of these companies are reluctant to make public statements on their moves, as they still rely heavily on U.S. suppliers. Even Huawei, the Chinese tech powerhouse that generated $92.5 billion in revenue last year, for instance, still makes a third of its $30 billion annual procurement from U.S. sources. 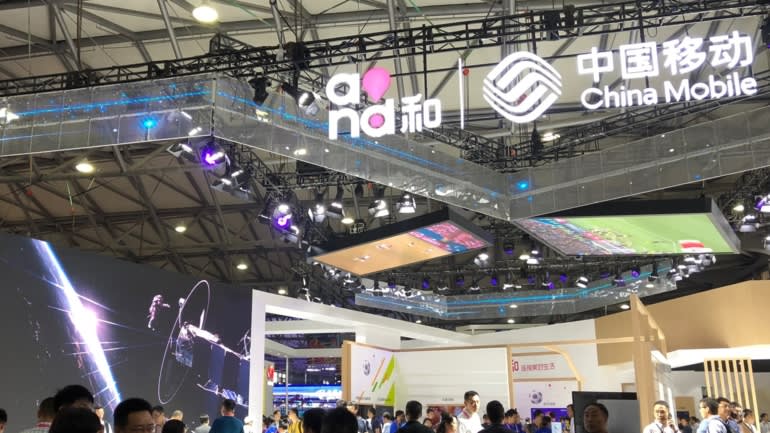 China Mobile, the country's top telecom group, has been blocked from the U.S. market.

"We would go for non-U.S. options first, should we find qualified alternatives," a Huawei consumer electronics business executive who preferred not to be named told the Nikkei.

But according to a blog post that Huawei made public on July 4, founder Ren Zhengfei told employees at an internal talk in June that the Chinese tech powerhouse would continue to purchase components from the U.S. "We will buy some 50 million chipsets from Qualcomm this year... We are always friends with Intel, Broadcom, Apple, Samsung, Microsoft," according to the transcript of Ren's speech.

"Under the current circumstances, it's inevitable and natural that Chinese companies will seek a plan B to find suppliers in Japan, Taiwan, South Korea and Europe [from whom] they have no immediate risks [of being] abruptly cut off... they don't know how far the U.S. might go," said Jerry Peng, an analyst at research think tank IEK at the Hsinchu-based Industrial Technology Research Institute.

They can quietly take action to seek components from secondary and tertiary sources, Peng said, although it might be challenging for some years to find substitutes for core components beyond the U.S. He added that it would be hard to find replacements any time soon for items such as core processing units for servers and computers from Intel, or graphics processing units from Nvidia.

Song Jie-peng, marketing manager at Phytium Technology, a government-backed CPU developer, said Chinese companies were highly aware of the importance of becoming self-reliant and were increasingly willing to support local suppliers and ecosystems than in the past. "Somehow a fierce trade war is good for us to raise awareness."

Managers at Chinese development zones said it was likely they would also look to more local, European and Japanese companies for investment.

"If you throw a frog into a pot of boiling water, it will hop right out, still alive. That is better than being a frog in warm water and the temperature slowly being turned up," a manager at Lingang Park in the Minhang Development Zone, located 25km to the south of Shanghai's Pudong International Airport, told the Nikkei Asian Review. The development zone already houses many international machinery makers such as Swiss-based ABB and Sulzer, and YKK of Japan, and currently hopes to take in more semiconductor-related companies.

"The U.S.-China trade war is a crisis and also an opportunity for us to forge a closer relationship with partners from other parts of the world," the Lingang Park manager said.