Trade war forces multinationals in Asia to hold back on investing

Companies look for alternatives to supply chains that run through China 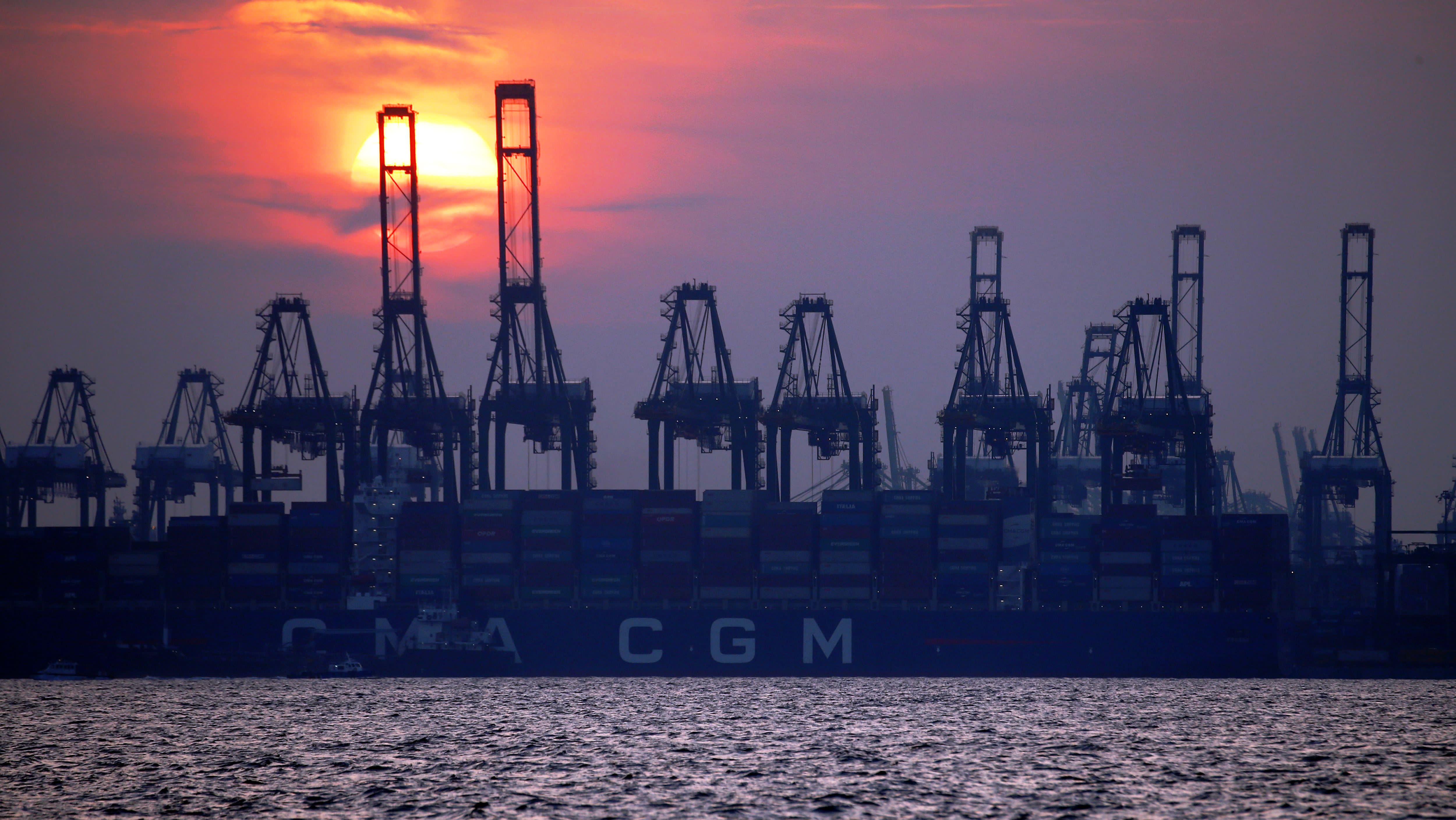 Container cranes at the port of Singapore. A recent survey reveals that some companies' executives worry about the trade war denting their supply chains, many of which run through China.   © Reuters
TAKASHI NAKANO, Nikkei staff writerDecember 12, 2018 14:38 JST | Singapore
CopyCopied

SINGAPORE -- The U.S.-China trade war has affected the business strategies of 68% of multinational companies operating in Asia, according to a recent survey.

Despite the gloom, many companies are of the view that the trade war helps make Southeast Asia an attractive alternative to China. Investment in the region remains active, as companies anticipate high economic growth. Facebook is an example. It recently decided to build a 1.4 billion Singapore dollar ($1.02 billion) data center in Singapore.

The survey was conducted by Blackbox Research for the American Chamber of Commerce in Singapore. Of the 179 chamber members that responded to the survey, 63% are based in the United States and over 90% are multinationals operating in Southeast Asia and the Asia-Pacific region.

Of all U.S. companies that participated in the survey, 74% said they were being affected by the trade war, compared to 55% for the other companies. This signals that the additional tariffs on Chinese products introduced by U.S. President Donald Trump to boost the competitiveness of domestic companies may have backfired.

Of the companies that said they are reviewing their business strategies, 50% said they are in the process of postponing or canceling investment plans, and nearly 40% of this subset said they have started thinking about sourcing components from outside of China.

Many of the companies have supply chains that go through China.

A lot of multinationals have Asian headquarters in Singapore, and the survey results are believed to closely reflect the fears of multinationals. China and the U.S. have agreed to put off further tariffs for 90 days while they negotiate a deal, but it is not clear that talks can resolve the fundamental differences.

The situation has economists in Singapore concerned. In the latest quarterly survey by the Monetary Authority of Singapore, the city-state's central bank, all 23 economists and analysts who participated said trade protectionism is a downside risk for Singapore's economy. In the previous survey, in September, 89% of the respondents cited trade protectionism as a risk.

Other risks mentioned by the economists in the latest survey, released on Wednesday, include higher interest rates, 41%, and China's slowdown, 41%.

According to the survey, the median forecast for Singapore's gross domestic product growth rate for 2019 was 2.6%, lower than the forecast for 2018, 3.3%.