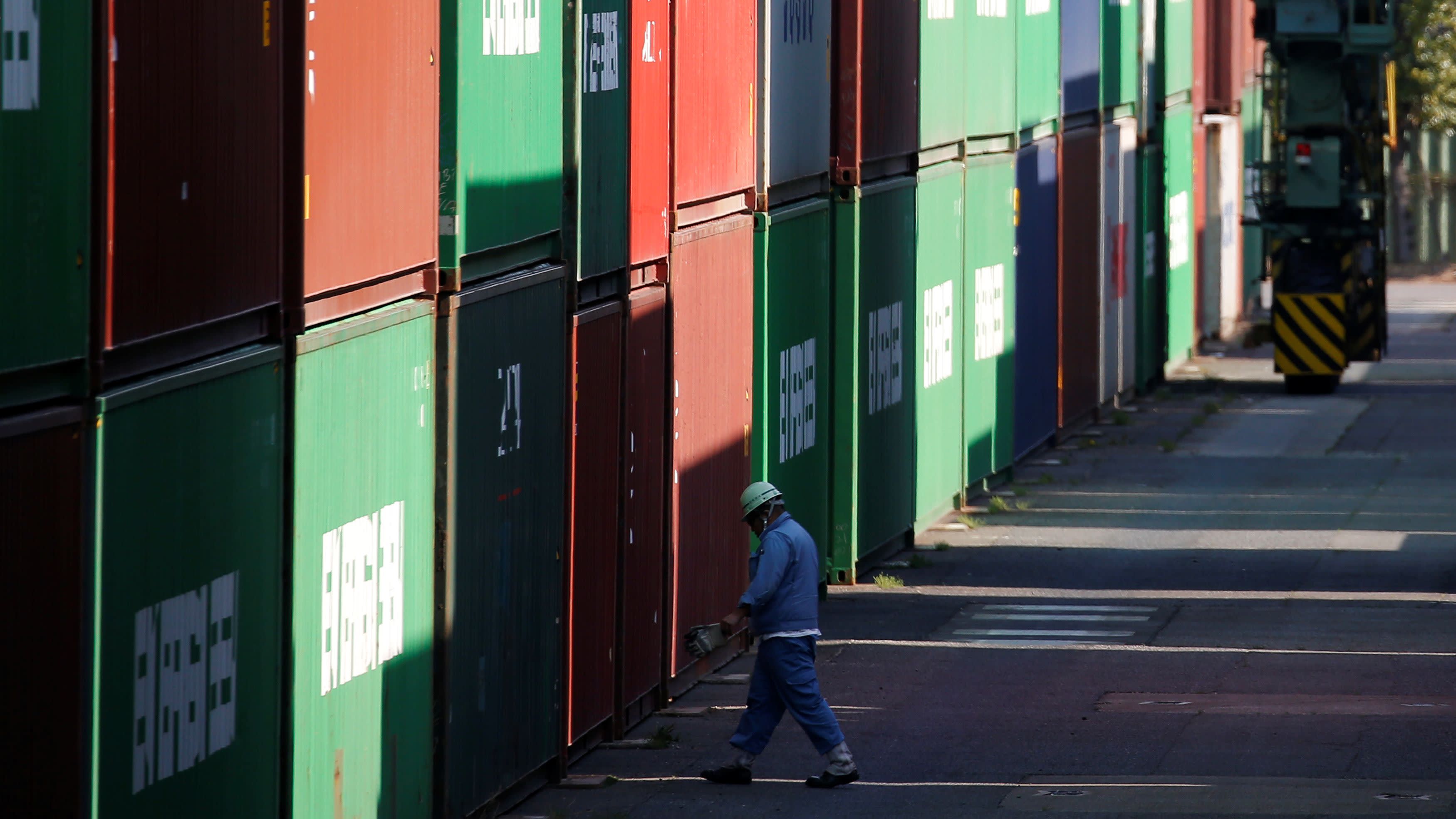 TOKYO -- More than 60% of Japanese companies expect their earnings to suffer from the global trade war originated by the U.S., while many already are confronting new tariffs or related sanctions, a poll released Monday by Nikkei shows.

Top executives from 11.4% of the responding companies see definite harm to earnings, while 49.1% report a likely negative impact. No respondent forecast receiving any benefit from the trade disputes.

"There are no winners in reciprocal tariff levies that stem from protectionism," said Hitoshi Ochi, president of Mitsubishi Chemical Holdings.

Yoshihisa Suzuki, president and chief operating officer of trading house Itochu, expects the trade war between the U.S. and China to have a ripple effect worldwide. "The negative impact will be significant for both countries as well," he said.

The survey, conducted in late August and early September, took responses from leaders at 114 major Japanese corporations. Questions covered topics such as steel and aluminum tariffs, U.S. trade sanctions against China, retaliatory tariffs by various nations, and the renegotiation of the North American Free Trade Agreement. 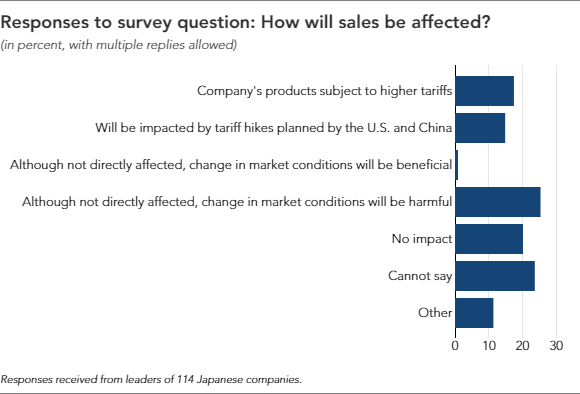 Products from 17.5% of these Japanese companies have become subject to higher U.S. tariffs or retaliatory sanctions by other nations, the survey found. Trade measures now proposed would lift the ratio to 24.5%.

On the procurement side, 21.1% of companies report being exposed to current or upcoming trade sanctions, with 15.8% already impacted.

Many of the executives think the problem will continue until around the 2020 U.S. presidential election.

Among individual Japanese manufacturers, American duties lodged against China have hit some of the machine tools that Mitsubishi Electric exports to the U.S. from the mainland. NSK's bearings and Teijin's polycarbonate resins produced in China also made the tariffs list, though both companies say the volumes are minor.

Higher expenses have pushed 15 companies to discuss cost burdens with clients and suppliers. Eight businesses have applied in the U.S. for exemptions from tariffs.

After the U.S. slapped the European Union with steel and aluminum tariffs, the EU retaliated with duties on a host of items including bourbon whiskey. Japanese drinks maker Suntory Holdings, which owns the U.S. distiller of Jim Beam bourbon, increased inventories in the EU ahead of the tariffs.

Materials maker Toray Industries identified the trade war as a special risk, appointing a vice president to oversee the rollout of risk management measures throughout the group.