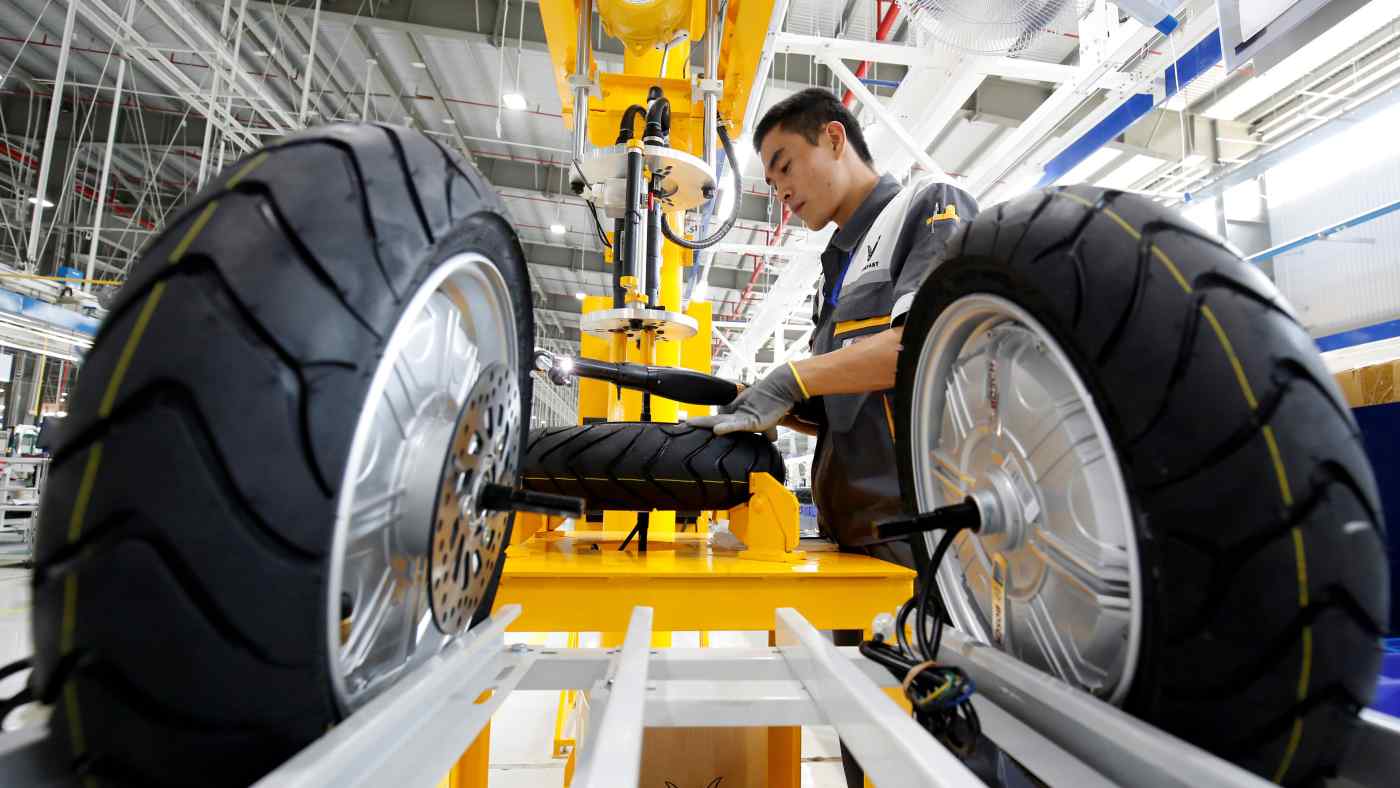 A man works at an e-scooter assembly line at a factory in Vietnam. The country is seeing a surge in Chinese companies looking to relocate operations to avoid U.S.tariffs.   © Reuters
TOMOYA ONISHI and YUSHO CHO, Nikkei staff writersJune 10, 2019 15:55 JST | China
CopyCopied

HANOI/SHANGHAI -- As the trade war rages on, Chinese companies have sharply accelerated investment in Southeast Asia in a bid to avoid American tariffs, providing an economic boost to these countries but also raising their risk of exposure to U.S. President Donald Trump's ire.

New Chinese foreign direct investment in Vietnam, based on approved projects, swelled 5.6-fold on the year to $1.56 billion between the start of 2019 and May 20. The January-April figure alone surpassed the full-year total for 2018. Should this pace continue, China could lead the full-year list for the first time since Vietnam began disclosing foreign investment data by country in 2007.