Two sides to reconvene in Washington next week, with deadline extension in sight 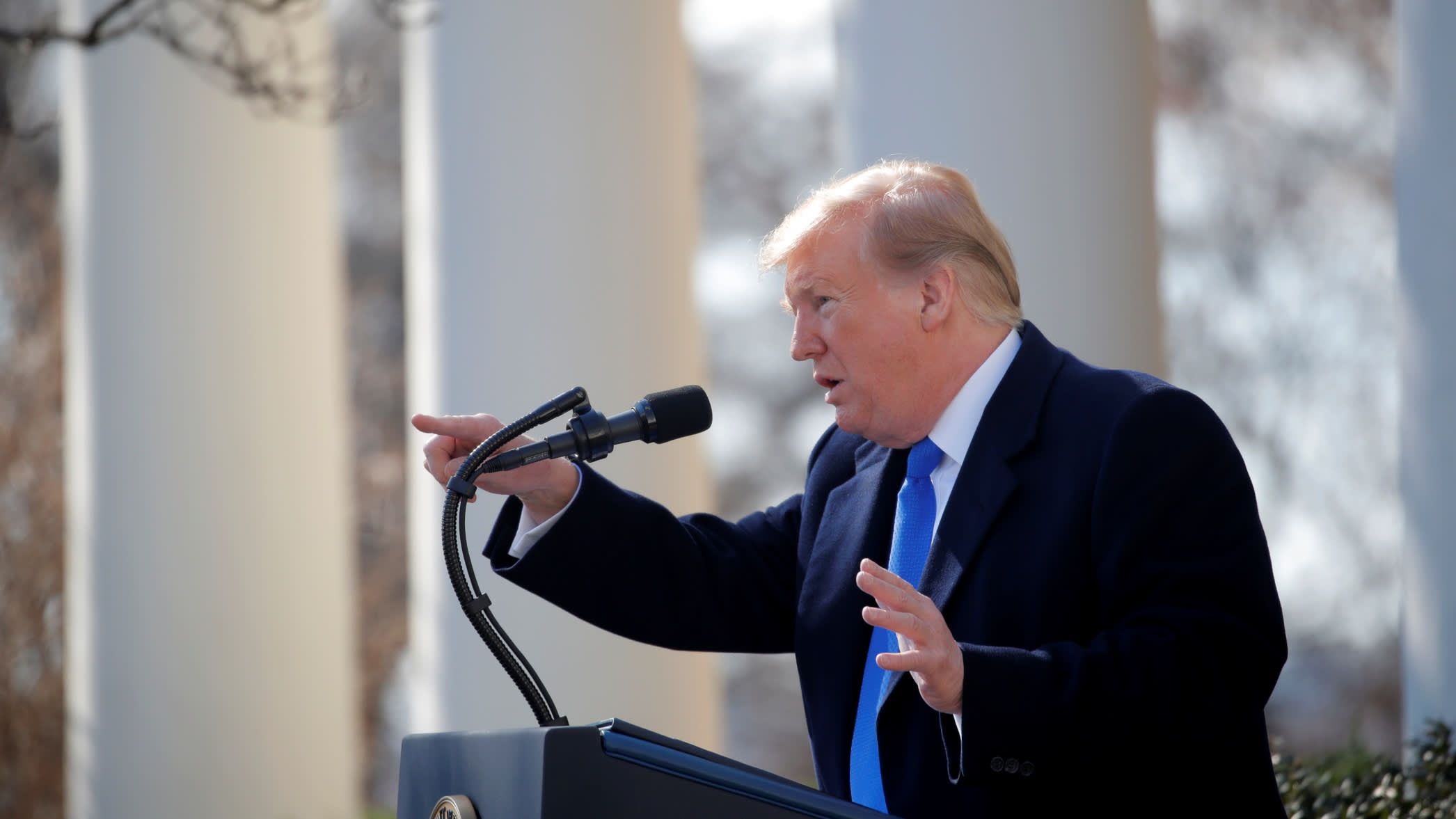 Trade negotiators will reconvene in Washington next week to further the discussions.

"It's going extremely well," Trump told reporters in a White House Rose Garden press conference, without saying what progress has been made.

"We're covering everything -- all of the points that people have been talking about for years that said couldn't be done, whether it was theft or anything," he said.

The White House issued a statement after the two-day talks in Beijing saying that the two sides are working on a memorandum of understanding that will put down in writing the agreements that have been made.

The memo is expected to set the outlines of the trade deal, which will be finalized in a summit between the two leaders. "I'll be meeting with President Xi at some point," Trump said. In Beijing, Xi invited U.S. Trade Representative Robert Lighthizer and Treasury Secretary Steven Mnuchin for a meeting at the Great Hall of the People. The high-level talks in Beijing had made "important progress for the current stage," Xi said in comments aired on state-run China Central Television.

"Both sides will meet again next week in Washington. I hope you all will make persistent efforts and try to reach a mutually beneficial agreement," he said.

Trump said Friday that he may extend the March 1 deadline for negotiations if progress was made. "There is a possibility that I will extend the date," he said. "But if I do that, if I see that we're close to a deal or the deal is going in the right direction, I would do that at the same tariffs that we're charging now, I would not increase the tariffs."

Trump was referring to the 10% tariffs the U.S. has imposed on $200 billion worth of Chinese goods. Those tariffs are scheduled to rise to 25% if no deal is agreed to.

The president also said that if they did make a deal, it would be his "honor" to remove the tariffs.

In the two-day talks, negotiations advanced on reducing the U.S. trade deficit with China by importing more American agricultural, energy and industrial products. Beijing has also come up with policies to open its financial markets.

But the rift between Beijing and Washington over structural issues remains deep. "Much work remains," the White House statement said.

China seems to have avoided any detailed commitments on forced technology transfers, subsidies and state-owned enterprises. It also appears to be pushing back against tariffs and other penalties as part of a framework to ensure that any final agreement is carried out.

Xi said China is ready to resolve trade frictions through collaboration but added, "of course, there are principles in cooperation."

Michael Hirson, Asia director at the Eurasia Group, said that "discussions made enough progress for the two sides to agree to continue cabinet-level negotiations next week in Washington."

The next point to watch will be whether Trump and Xi will agree to meet in March or April, Hirson said. "Lighthizer and other hawks in the administration will press Trump not to agree to a meeting unless there is more progress in negotiations but are likely to be unsuccessful in swaying a president who is increasingly inclined to make a deal," he said.

Beijing is proposing such a summit to be held in China, while Washington prefers a U.S. location, possibly Trump's Florida estate. Negotiations on the issue are likely to intensify.

China also believes that Trump may be less keen to raise tariffs again. Raising tariffs could lower his approval rating should the stock market tumble amid a prolonged fight over his top campaign promise, a border wall.

China is giving Trump small victories as he prepares for re-election, such as soybean purchases, while evading compromise on structural issues -- a strategy Beijing will display in the third round of trade talks this year.